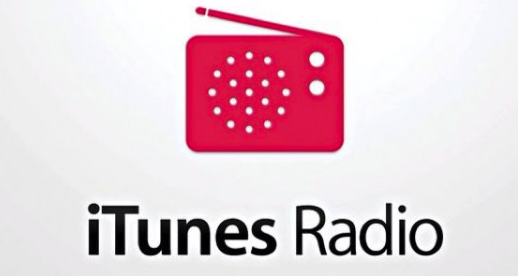 While the interests of the general populous is constantly shifting from what’s hip to what’s a thing of the past, rendered only as what was once relevant, there are still various constants that remain favorable in the eye of our society. From classic films and novels to the constant creation of new hit music titles, our society prioritizes the latest and greatest in entertainment. With incredible focus on creating quality content in the ever expansive entertainment industry, we are exposed to masterful works of art in the form of blockbuster movies that have gone on to make millions of dollars and lyrically masterful works of music that we can hear at anytime that suits our fancy. All has been made possible by our continuous focus on innovating. With this fixation our society has on innovating and making things bigger and better, while retaining the high level of pleasure found in music and film, there has never been a better time for digital entertainment. The movie budgets are bigger and the content in the film is better, for the most part; there’s always going to be flops at the box office. The quality of our favorite artists is getting better and better with each year and with the dependence and use of smartphones and mobile devices greatly increasing each and every year, all that music is at the tip of our fingers. Whether it is downloaded to your device for offline usage or streamed from one of the big name music streaming sites like Spotify, there is no doubt that you can always have access to your favorite tunes.

What is iTunes Radio? 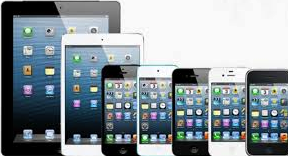 Speaking of tunes, Apple is one of the largest companies that had essentially pioneered into the market of mobile touchscreen devices. Since its conception Apple Inc. (NASDAQ:AAPL) has launched a plethora of devices from the iPod to the iPad to the iPhone. There is no denying that Apple has definitely cemented itself into the face of mobile devices. With millions of people owning at least one of the Apple devices, Apple has continuously raked in profits left and right. But thankfully Apple wasn’t satisfied with just the mobile device market as the company chose to branch out into the music streaming department. Wanting to compete with the up and coming streaming services Spotify and Pandora, Apple developed iTunes Radio, a service used and loved by many devout Apple fanboys/fangirls. However despite Apple’s immense success as a company, iTunes Radio is no longer available in its original form.

For those who do not know, iTunes Radio was an online radio made by Apple Inc. The music service was 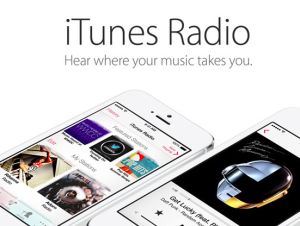 launched on September 18th, 2013 as a part of the new IOS 7 update. While popular music streaming apps were available across all platforms, IOS, Android, and even PC, iTunes Radio was exclusive to Apple product users in the US and Australia. Thus excluding all who didn’t use an Apple device. The devices applicable for the service ranged from the mobile devices that were the iPad and iPod to the iTunes desktop application. Apple made a clear stance that if you want to experience iTunes Radio, you need to do it on one of their own devices. While the service wasn’t a make or break deal for most people when they were considering a new device, it was a nice feature for existing Apple product owners.

Not only was the newly created music service created by Apple Inc. (NASDAQ:AAPL) to push for more sales of 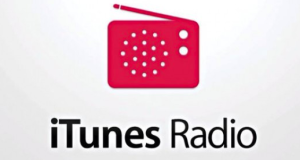 Apple devices but also to make money which the service had done easily. There were three tiers of membership associated with the service ranging from free, a $9.99/month, and a family plan for $14.99. The free membership was free solely based on the fact that it was ad-based meaning that the user would have to listen to ads between some songs and have a limited amount of skips. The premium membership of $9.99 is where you could really enjoy your experience. Having no advertisements, unlimited radio stations, unlimited skips, and access to all of the Apple music library, this membership allowed for the greatest user experience for a monthly fee. Finally the family membership had all of the same benefits as the aforementioned premium membership but also included the ability to add up to 6 other users to your account, much like the Netflix family plan.

What Happened to iTunes Radio?

However the lifeline of iTunes Radio would be short lived as Apple sought out to improve and innovate. While iTunes Radio was deemed a success in Apple’s eyes, they wished to improve and reinvent the service that many had loved and used daily. Apple would then go on to create Apple Music, a new take on the music streaming service. Arriving with the recent IOS 8.2 and iTunes 12.2 update, anyone who had upgraded would then have the ability to use and experience Apple Music but would no longer have access to iTunes Radio. With the creation of this fresh new take on music streaming, Apple wished to bring in new membership as the large music streaming sites Spotify and Pandora have continuously racked up large amounts of membership each and every year.

While iTunes Radio is no longer available on Apple devices that are up to date with updates, the core values and ideals that iTunes Radio held still exist in the form of Apple Music. As Apple had evolved and innovated with the times, the company was able to provide a wonderful music listening experience to their users and continue to strive for perfection of their music streaming service. Apple represents how corporations should be open to changing with the times even if the thing that you are changing is very successful for without change and evolution, you will slowly die out. Thankfully as each day passes, our society is exposed to better and new forms of media making our insatiable appetite for newer and better stay at bay; temporarily that is as most humans are never satisfied and never will be.