Victoria Justice is most well known for her roles on Nickelodeon’s Zoey 101 and Victorious. Which is why it seems a bit odd that she’d be cast as Janet Weiss, the main heroine in The Rocky Horror Picture Show. Famously played by Susan Sarandon in the 1975 film adaptation, Janet’s character is far from Justice’s normal tween fare. Perhaps it’s Justice’s musical career which secured her the role?

Victoria Justice was born in the small town of Hollywood, Florida, moving to Hollywood, California when she was 10, in 2003. That year she was in multiple commercials, and had a minor role in Gilmore Girls.

Two years later she entered a specialized high school for the performing arts, and was cast as Lola Martinez starting in the second season of Nickelodeon’s Zoey 101, starring Jamie Lynn Spears. The series was produced by Dan Schneider, famous from his other shows on Nick such as All That, Drake & Josh, and iCarly.

Though the show was the most expensive to produce of any Nickelodeon show (it was shot completely on-location in Malibu) and debuted strong, reception outside of its target audience was mixed. The show eventually ran for four seasons, earning her the semi-eponymous spin-off Victorious. 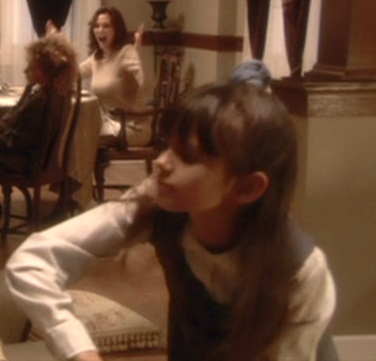 A young Victoria Justice in When Do We Eat?

But what a lot of people don’t know is that the same year she was cast in Zoey 101, Justice was in two films, Mary and When Do We Eat? In the thriller Mary, Justice played Stella, a girl who begins to see visions of Mary Magdalene, played by Juliette Bioche. The film was either loved or hated by critics during its limited festival run, and Victoria Justice’s role was all but forgotten. When Do We Eat? was an R-rated comedy, where Justice had a small role as the younger version of Shiri Appleby’s character.

While filming the second season of Victorious, Justice appeared in several thrillers, including a cameo in Unknown, her first theatrical performance. She also had a supporting role in The Garden, which was an absolute flop.

In 2007, Justice focused on appealing to the demographic she’d earned with Zoey 101, releasing a cover of Vanessa Carlton’s “A Thousand Miles,” though in this writer’s opinion, Terry Crews did it better. However, 12-17 year old girls loved it, and it sparked a music career for the young actress. It also helped convince Dan Schneider of her dancing and singing skills, inspiring him to create Victorious. 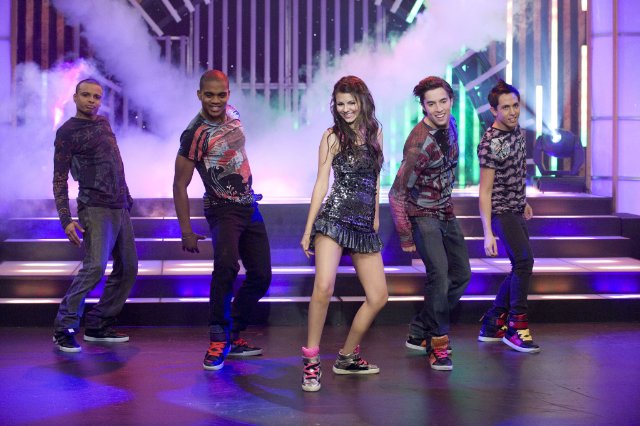 The show, based vaguely on Justice’s real-life experiences at  Los Angeles’ Millikan Performing Arts Academy, was notable for using much more original music than any other Schneider creation. The show captured a similar demographic as iCarly, even beating it twice for Favorite TV Show at the 2012 and 2013 Kids’ Choice Awards.

The show led to Victoria Justice releasing multiple albums (Victorious, Victorious 2.0, and Victorious 3.0) and singles. After the show ended, Justice released a new single, “Gold,” and announced plans for a true debut album.

Unfortunately, a year after Victorious ended, she ended her relationship with Columbia Records, postponing her album. She’s released two singles through her personal YouTube channel, both promoting her charity work with Girl Up. Girl Up, a charity which Justice has worked with since 2010, works to help young women in developing nations fight to correct the effects of historic sexism.

In 2015, Victoria Justice returned as a lead actress for MTV’s Eye Candy. Based on an R.L Stine novel, the show was cancelled after its first season. It did mark Justice’s departure from children’s comedies, and later that year she would star in Naomi and Ely’s No Kiss List, a festival-released drama romance.

So casting her as one of the lead characters in The Rocky Horror Picture Show isn’t as much of a stretch as it seems. She’s shown a life-long interest in the more dark and absurd roles available to her, and has demonstrated her ability to competently perform musical numbers for television. In fact, compared to other choices for the TV remake of The Rocky Horror Picture Show, Victoria Justice seems like one of the more suitable choices. 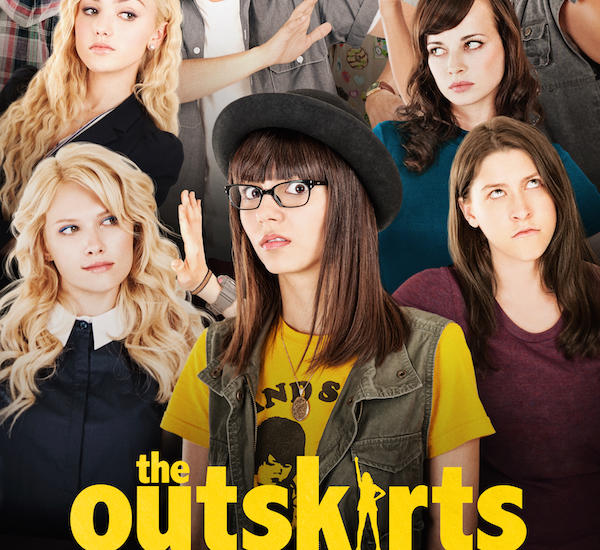 Victoria Justice (center) in the poster for The Outskirts

However, Justice hasn’t left her Nickelodeon pedigree entirely behind her. In the upcoming comedy The Outskirts, Justice stars with Eden Sher and Ashley Rickards across Avan Jogia, who also starred with Justice in Spectacular! and Victorious. The film, produced by BCDF pictures, is likely to be distributed on-demand later this year.