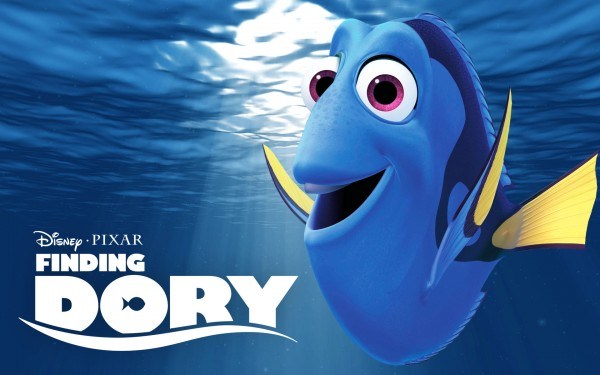 2016 is packed with incredible upcoming movies that look to be worth the wait, and the few that are already released may just be the taste of the cinematic treats to come.  Read on and find out what great things are in store for the big screen this year:

The third installment of DreamWorks Animation’s anthropomorphic comedy franchise. Kung Fu Panda sees the legendary Dragon Warrior Po (Jack Black) reunited with his biological panda father. The pair will travel to a secret village of pandas whose clumsy inhabitants must be trained by Po in order to face a supernatural threat. Angelina Jolie, Jackie Chan, Lucy Liu, Seth Rogen and David Cross reprise their voice-over roles of the Furious Five, while J.K. Simmons provides the voice of the main antagonist Kai. Kung Fu Panda 3 was released on January 29, 2016 in the U.S. while other countries will have to wait until March or April.

The critically-acclaimed Finding Nemo introduced us to the amnesiac blue fish Dory (Ellen DeGeneres). In Finding Dory the forgetful blue tang is put in the spotlight takes center stage as she goes on a quest to find her family. Father-son duo Marlin (Albert Brooks) and Nemo (Hayden Rolence) accompany Dory on this adventure set six months after the first movie The trio will meet a host of new and amusing aquatic characters on the way. The Wire alumni Idris Elba and Dominic West are confirmed to provide voices to yet unknown characters. Finding Dory swims its way to the big screen on June 17, 2016.

Fantastic Beasts and Where to Find Them was originally a “textbook” written by a Newt Scamander (J.K. Rowling’s pseudonym) that details the magical fauna inhabiting the world around Hogwarts. The movie adaptation is set seventy years before Philosopher’s Stone and focuses on Newt Scamander’s adventures and the existence of a secret group of wizards and witches in New York City. Eddie Redmayne will play the role of Newt Scamander, while Katherine Waterson will star as Newt’s romantic interest Porpentina Goldstein. The movie is slated for a November 18, 2016 release and will be the first installment of a planned prequel trilogy.

Suicide Squad deals with the titular group of incarcerated supervillains from DC Comics that are momentarily set free to undertake dangerous black-ops missions for the government.  The movie features a large ensemble cast including Will Smith, Margot Robbie, and Adewale Akinnuoye-Agbaje. Ben Affleck and Jared Leto are set to appear as Batman and The Joker respectively, while Scott Eastwood and Ike Barinholtz portray still unspecified roles. Suicide Squad will be released on August 05, 2016 and is the third entry in the DC Extended Universe series of movies.

Blizzard’s massively-successful video game series is about to have a movie adaptation that portrays the first meetings of the orcs and humans, or rather the Horde and the Alliance. Anduin Lothar (Travis Fimmel) serves as the Alliance protagonist, while Durotan (Toby Kebbell) is the lead Horde character, and the movie will feature the perspective of both races. Despite the bad reputation of past movie adaptation of video games, fans are hopeful that Warcraft will finally end the game-movie curse as award-winning director Duncan Jones will be directing it, and the game franchise’s rich lore may pave the way for future installments. The Alliance and Horde armies will clash on June 10, 2016.

The post-credits scene in Days of Future Past revealed the young En Sabah Nur constructing pyramids with his powers. Its sequel now deals with the same superpowered tot, now all grown up and named Apocalypse, awakening from hibernation with a plan to usher human extinction. Oscar Isaac plays the role of the titular antagonist, while newcomers Olivia Munn, Sophie Turner, and Kodi Smit-McPhee portray Psylocke, Jean Grey, and Nightcrawler respectively. James McAvoy will return (and lose all of his hair) as Charles Xavier, while Michael Fassbender again manipulates magnetic fields as Magneto. Apocalypse will be now on May 27, 2016.

The opening crawl of A New Hope described the theft of the Death Star’s blueprints thanks to the efforts of rebel spies. This pivotal moment in the rebellion was depicted once in Star Wars Legends but it was declared non-canon, and now Rogue One will officially tell what happened during that daring heist of the superweapon’s plans. Some members of the cast include Felicity Jones, Donnie Yen, Forest Whitaker, Ben Mendelsohn, and Diego Luna. The movie is set for a December 16, 2016 release and will be the first installment of the Star Wars Anthology Series, a new series that will touch different stand-alone stories in the Star Wars universe. Among the other announced movies in the series is about the adventures of a young Han Solo and is designated for a May 2018 release.

The “Merc with a Mouth” finally gets the proper treatment after an incredibly inaccurate portrayal at X-Men Origins: Wolverine (Deadpool “himself” even agreed that it was a bad adaptation). Deadpool was released on February 12, 2016 in the U.S. and broke numerous records in the box office, not to mention having the biggest opening for an R-rated movie and receiving positive reviews from fans and critics alike. With the increasing number of superhero movies being released, Deadpool successfully makes its own unique (and not family-friendly) approach to the tried-and-true formula with the talkative antihero’s extremely brutal methods and obnoxiously vulgar demeanor.

Just like how Marvel built up the Avengers, the DC Extended Universe is assembling the Justice League through the release of superhero movies whose characters and plots will eventually cross. The first entry to this series was 2013’s Man of Steel which rebooted the story of Superman. In Dawn of Justice, certain events that took place in Man of Steel trigger the appearance of Batman in Metropolis and the inevitable collision between the two superheroes, while a different threat looms on the sides. Other members of the Justice League are cast to appear like Wonder Woman, Aquaman, and The Flash, as portrayed by Gal Gadot, Jason Momoa, and Ray Fisher respectively. Jesse Eisenberg is cast as Superman’s nemesis Lex Luthor and is reported as the main antagonist along with Doomsday. The seeds for Justice League will be planted on March 25, 2016.

The string of individual superhero movies released in the Marvel Cinematic Universe culminated with the heroes working together in The Avengers and Age of Ultron. In Civil War, the team will be split into two groups with contrasting views regarding the government’s superhero regulation, and eventually coming to blows over it. Familiar faces from the previous Marvel Cinematic Universe movies will appear (making some think that this is actually Avengers 2.5), along with new entries like Daniel Brühl as Baron Helmut Zemo, Chadwick Boseman as Black Panther, and Tom Holland as Spider-Man. The civil war will start on May 06, 2016.

Are there other movies you are looking forward to in 2016? Let us know in the comments.