What Happened to Katey Sagal – What She’s Doing Now Update 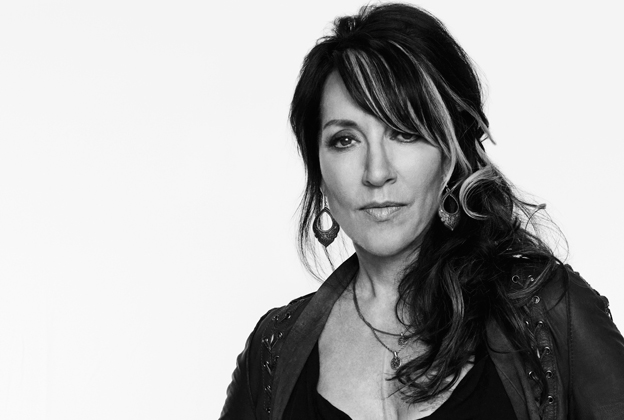 From Peggy Bundy to Turanga Leela, Katey Sagal’s roles have spanned the gamut. With forty five years in the business and a range of excellent performances under her belt it’s no surprise that she is still in high demand. Not only an actor, Katey has also seen some success as a vocalist, being featured on five albums over the years. So let’s take a look at where she came from and what she’s doing now. 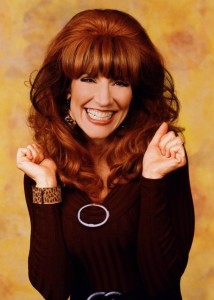 Katey Sagal was born on January 19th 1954 in Los Angeles, California. Her immediate family is deeply entrenched in the Hollywood tradition. Her mother, Zara Zwilling, was a writer and producer and her father was Ukrainian-Born director Boris Sagal, who died in 1981 on the set of the film “World War III”. Her siblings are actors as well. Katey Sagal graduated from the California Institute of Arts in the early seventies and gained a few roles early on. She landed several television movies, including one directed by her father, before trying her hand at a singing career. By the late seventies she was working mostly as a back up singer, touring with Olivia Newton-John and Bette Midler. She returned to acting in the 1980s to play Jo Tucker on three episodes of the sitcom “Mary” starring Mary Tyler Moore, set in a Chicago newspaper office.

It wasn’t until 1987 that Katey Sagal’s career really took off. Katey starred as Peggy Bundy in the hit Fox show “Married With Children”. The show followed Ed O’Neil as Al Bundy, a high school football star turned down on his luck shoe salesman, as he deals with his sex-starved, free spending wife Peggy and their two hard to handle children. It was a smash hit, and put the fledgling Fox network into the big leagues. The show owed much of its core premise to the earlier Archie Bunker sitcom “All in the Family”, which the creators freely acknowledged. During the shows ten year run Katey Sagal appeared in a few films, though none were big roles.

it would be hard to follow the huge success that was “Married With Children” but, to me at least, that is exactly what Katey Sagal did with her next big project. She took on a role the polar opposite of Peggy Bundy by playing Turanga Leela in the cult classic, and twice cancelled, Matt Groening cartoon “Futurama”. The monocular spaceship captain was a hard ass and excellent foil to the dimwitted protagonist Philip J Fry, played by the incomparable Billy West. The show was cancelled after only four seasons, but it found new life in syndication, and successful showings on both Adult Swim and Comedy Central led to four films being green lit.

In many ways those four films represent the best that “Futurama” has to offer. Always hilarious, but with a measured blend of good hard science and pathos, they were so well received both critically and commercially that a new season of the show was commissioned. The whole cast returned, Katey included,  and the reborn “Futurama” would run for two more competent seasons, split into four parts.

Between “Futurama” being cancelled and brought back, Katey landed the role of Cate S. Hennessy in the sitcom “8 Simple Rules for Dating My Teenage Daughter” starring opposite John Ritter. The show was a hit, but the early death of actor John Ritter forced a retooling. Bringing in David Spade and James Garner to fill in the void left by the death of the star. The show ran for three seasons. 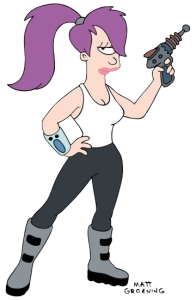 In 2008 she began appearing in “Sons of Anarchy”, a crime drama centered around an Outlaw Motorcycle club. The show received wide-spread critical acclaim. Katey played Gemma Teller Morrow, the mother of the protagonist Jax Morrow. She won multiple awards for her performance as the no nonsense, unapologetic antagonist, including a Golden Globe in 2011.

Katey has appeared on several albums over the years, and even released a few herself. She released her first album, Well…, in 1994 during the height of her “Married With Children” days. Her second album was released in 2004. She also recorded tracks for a “Sons of Anarchy” soundtrack album and shows up in the 1976 band “The Group With No Name”. Her most recent record was released in 2013, titled Covered, it is comprised entirely of covers.

Katey Sagal has been married three times. First to musician Freddie Beckmeier from 1978 to 1981 and then to Jack White, of The White Stripes fame, from 1993 to 2000. She had two children with Jack White. She married current husband Kurt Sutter in 2004. They have one daughter together, born in 2007 though a surrogate mother. Sutter is famous for creating “Sons of Anarchy”.

Katey is still appearing on television regularly, but as of the last few years had been appearing in more films. In 2015 she appeared in “Pitch Perfect 2” in a co-starring role. She also appeared in all ten episodes of “The Bastard Executioner”, a show with a “Game of Thrones” feel. This year we have already seen in her the hit sitcom “Brooklyn Nine-Nine”, guest starring in one episode. We can expect to see her in the upcoming biographical drama film “Bleed for This”, about the boxer Vinny Paz. In it she plays the protagonists mother.

Word on the grape vine is that Katey Sagal will be starring in a pilot for a new CBS show. Based on the Australian comedy “Upper Middle Bogan” she will play a mother who discovers that she was adopted, and that her birth parents are a family of lower working class Drag Racers. How much of that will make it into this remake is unknown, and a quick search of what a Bogan really is will leave you with the same doubts that I have. All in all it looks like it will be a busy year of Katey.

This year we can see Katey in at least two projects. 2017 will have a Dirty Dancing made for TV movie remake, the cast looks good, though without Swayze the film is going to lack something I think. More interesting is her new pilot, Superior Donuts. Based on the play of the same name, the show is a comedy set in a Donut Shop, that apparantly will not be shying away from some serious issues. I can imagine what they might be, seen as the setting is undergoing a change in class structure, expect lots of pathos.