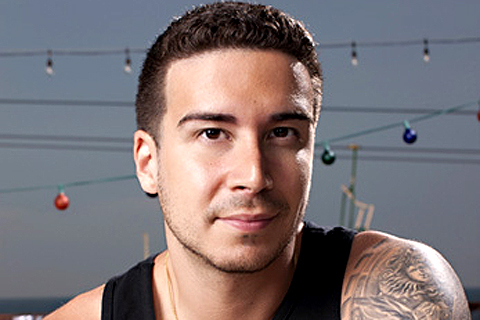 Vinny Guadagnino gained a reputation as the nice guy on MTV’s “Jersey Shore”. The twenty-eight year old self-professed “Momma’s boy” gained a large fan-base for his honest straight forward manner and strong Italian roots. That isn’t to say that his time at the “Jersey Shore” house wasn’t without its drama. If the love-hate relationship with Angelina and the break down of his friendship with Snooki are any indication. But where has the “Natural entertainer” been hiding himself? 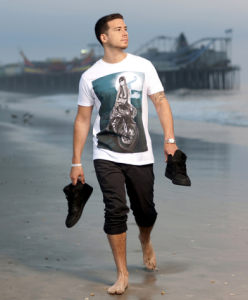 Vinny Guadagnino was born on November 11th 1987 in Staten Island New York. He comes from a traditional Italian-American family, all close-knit relationships and good home cooked meals. His mother was born on the Italian Island of Sicily, where her family owns a farm. He graduated from the College of Staten Island, with a 3.9 GPA and was working as a political aide for Democratic Assemblyman Michael Cusicki. On the day “Jersey Shore” premiered he took the LSAT and intended to study law.

After “Jersey Shore” launched he became a national star. He gained a reputation as the quiet one of the bunch. Less confrontational and easier to get along with. He briefly hooked up with Angelina in the second season and was a constant companion and confidant to Snooki. During the entire run of the show he maintained a blog where he wrote poetry and short stories. Considering his well-educated background his inclusion in the cast was something of a surprise but he claims that the issues he feels strongly about never really came up in conversation. He felt he could showcase a different side to his personality.

Both during and after the “Jersey Shore” Vinny Guadagnino made appearances in scripted shows. He guest starred on an episode of “The Hard Times of RJ Berger” and the 2011 revival of “90210”. He also had a bit part in the SyFy original movie “Jersey Shore Shark Attack”. He started studying acting after “Jersey Shore” with a focus on comedy. In 2013 he hosted an unconventional talk show called “The Show with Vinny”. In it various celebrities were invited to his home to share a meal with his family and have candid conversations. The show lasted only one season. 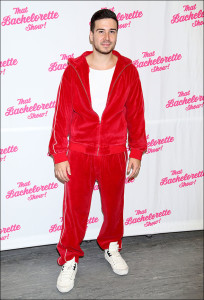 In 2011 Vinny Guadagnino launched his own clothing line called IHAV. All the proceeds go to the Do Something anti-bullying charity. He supports animal rescue group Much Love and he participated in a charity auction for the group. He is also a supporter of Gay rights, being a presenter at the GLAAD Awards and worked with the NOH8 campaign. In 2012 he co-authored a book with Samantha Rose “Control The Crazy: My Plan to Stop Stressing, Avoid Drama and Maintain Inner Cool”.

What has Vinny Guadagnino Doing Now in 2018?

Most recently he has been a little strapped for cash, putting his 2013 Lamborghini up for auction on eBay. Vinny Guadagnino’s relationship with former cast mate Snooki fell apart last year after he allegedly insulted her. He was then not invited to her wedding. He has been starring in the off-Broadway production “That Bachelorette Show”. He plays Giovanni, suitor to Adriana Orlando. His performance has been praised on social media.

In addition, late 2016 saw a return to television for not only Vinny, but his loving Mother as well. The Food Network picked up a show starring the pair, as they traverse America eating all kinds of stuff. It will continue into 2017, and is proving to be a minor hit for the Network. It’s an entertaining little show, and for fans of Vinny it is a must watch.