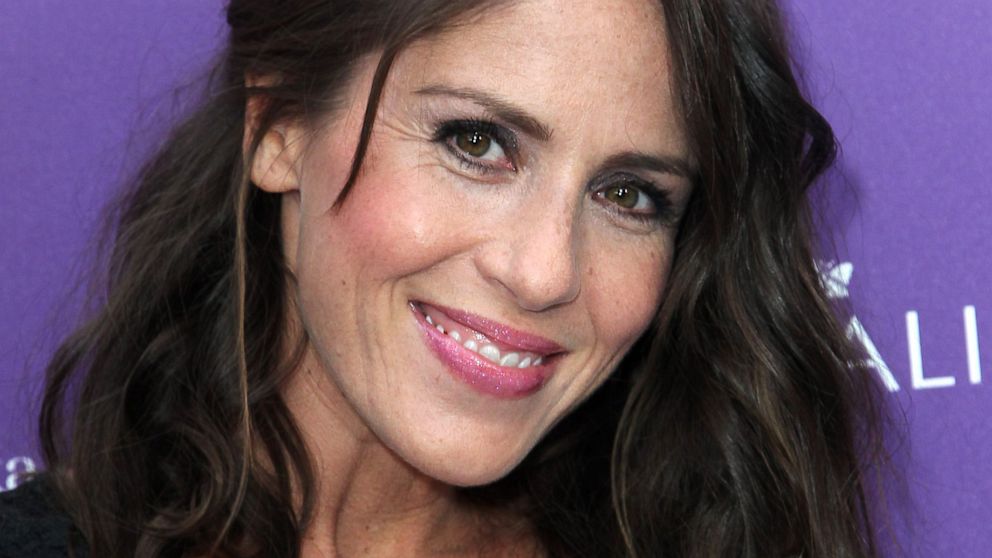 Most child actors have it rough. Money stolen by parents, drugs and eventual obscurity. The same could not be said for “Punky Brewster” Star Soleil Moon Frye. From the fresh faced youth we saw in “Punky Brewster” to the current host of “Home Made Simple” Soleil has never really left our screens.

Soleil Moon Frye was born on August 6th 1976 in Glendora, California. Her parents were actor Virgil Frye and casting agent Sondra Peluce Frye. Her parents would divorce when she was two. She began acting at an early age, not surprising considering her mother’s profession and started appearing in films in 1982.

She made her acting debut in the made for TV movie “Missing Children: A Mother’s Story” in 1982. The following year she had a supporting role in “Who will love my Children?” a biographical film based on the life of Lucile Fray. A women diagnosed with cancer in the fifties trying to find a home for her ten children. Next she played Elizabeth Kovacs in another biographical flick “Ernie Kovacs: Between the Laughter”. Her final performance before being cast in “Punky Brewster” was the Emmy nominated TV film from director Wes Craven “Invitation to Hell”. 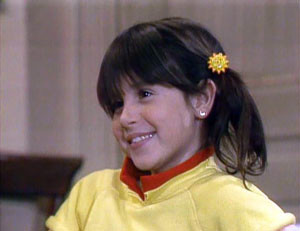 In 1984 she beat out more than three thousand other girls to win the role of Punky Brewster on the show of the same name. In the show she played an orphan being looked after by a foster father. The show’s ratings in the first season were not much to write home about, but the critical reviews convinced the studio to commission a second season.

Finding that the show could not compete with the CBS juggernaut “60 Minutes” NBC cancelled the show and sold it into syndication. Two more seasons were produced by Columbia Pictures Television division. In addition to portraying Punky Brewster in the television show Soleil Moon Frye would also voice the character in the 1985 cartoon “It’s Punky Brewster”.

After finishing up “Punky Brewster” Soleil was cast as the lead in a pilot for ABC. Called “Cadets” the show was not picked up. In 1989 she stared in the weekly talk show “Girl Talk”, along with Sarah Michelle Gellar of “Buffy: The Vampire Slayer” fame. The show was cancelled after one season.

In the nineties she had guest spots on a variety of shows, such as “The Wonder Years”, “Saved by the Bell” and “Friends”. She also voiced characters on Tiny Toon Adventures and the “Cartoon Cartoon Show”. Soleil Moon Frye also appeared in a few films, though none were major successes.

She had her directorial debut in 1998 with “Wild Horses” and would go on to direct her second film in 2004. “Sonny Boy” was a documentary chronicling a two week trip she took with her father, suffering from Alzheimer’s disease at the time. It would go on to win Best Documentary at the San Diego Film Festival.

She married producer Jason Goldberg in a Jewish ceremony in October of 1998. They currently have three children.

Her largest television role post-punky was as Roxie King in “Sabrina, The Teenage Witch”. She played the character from 2000 until the end of the shows run. During that time she voiced the character of Zoey in the Disney Channel series “The Proud Family”.

She also voiced Jade, a character in the cartoon version of those awful “Bratz” dolls. She would voice this character in two video games, “Bratz Rock Angels” and “Bratz: Forever Diamondz” and in what would be her final film performance so far, “Bratz: Starrin’ & Stylin’”. Super Coolzz.

Soleil Moon Frye along with a few of her friends, opened an environmentally conscious boutique in 2007. Called “The Little Seed” the store sold children’s fashions. It became an online retailer in 2013. In March of 2010 she launched the “Better Together” campaign with friend and former co-star Melissa Joan Hart. It sought to strengthen ties between best friends, whatever that means.

She released a book in 2011, “Happy Chaos: From Punky to Parenting and My Perfectly Imperfect Adventures in Between”, bit of a mouthful, the book talks about her experiences playing Punky and her current life as a mother to, then, two children. She released a party planning book, in vogue these days, in 2013 and hosted a web series, “Her Say” from 2011 until 2012.

These days you can catch up with Soleil Moon Frye on her blog at moonfrye.com where she doles out advice on women’s issues and parenting. It was announced in November that she is expecting her fourth child in 2016. As of 2013 she is the host of “Home Made Simple” on the Oprah Winfrey Network.

The vast majority of Soleil’s time is devoted to caring for her children, so do not expect her to appear in much this year. She has been making minor headlines with her children’s reaction to seeing her in Punky Brewster.