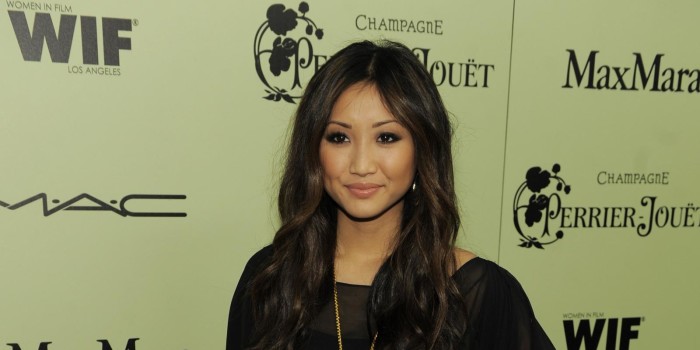 Brenda Song has long been on the radar of Disney fans, but as she’s gotten older, the now-27 year old actress has been trying to transition from roles for children to more general performances. Unfortunately, a career outside the Disney network has been hard to establish. Will Song be able to legitimize herself, in the footsteps of previous Disney divas like Miley Cyrus and Raven-Symone?

Brenda Song Before Zack and Cody

Brenda Song was born in 1988, in a suburb of Sacramento, and moved to Los Angeles with her mother when she was six, to support Brenda’s growing involvement with child modeling. Two years later, her father and younger brothers moved as well, and Brenda and her brothers began learning taekwondo.

Before she gained critical praise for her role in The Suite Life of Zack and Cody, Brenda Song appeared in numerous TV shows and movies. Starting in 1995, when she was seven, Song appeared in a short film for the American Film Institute, Requiem. Two years later she appeared in Leave It to Beaver, and from there, she had small roles in multiple TV shows, such as 7th Heaven, ER, The Bernie Mac Show, and George Lopez.

Her performance in the Disney Channel Original Movie (DCOM) The Ultimate Christmas Present in 2000 won her a Young Arist Award, and led to her signing a contract in 2002 with Disney, to appear in Get a Clue, and later, That’s So Raven. By 2004, Song had her first starring role in a DCOM, Stuck in the Suburbs.

In order to accommodate her career in acting, Song was homeschooled by her mother. Named as an All-American Scholar in ninth grade, she earned her high school diploma when she was sixteen, immediately enrolling in community college and later studying online at University of California, Berkeley.

In 2005, Brenda Song, having just earned her high school diploma, was cast as London Tipton, a spoiled hotel heiress in The Suite Life of Zack and Cody. The role, openly based on Paris Hilton, was given to Song without an audition, she was seen as that much a match for the role.

The Suite Life was the most-viewed premiere on the Disney Channel in 2005, and Song’s performance drew praise from critics throughout the shows’ run. The show was nominated for three Kids’ Choice Awards during its run, and Song earned an Asian Excellence Award nomination for her performance in the second season.

After gaining instant popularity for London Tipton, Brenda Song became a regular on Disney Channel, working regularly as a voice actor for American Dragon: Jake Long. In 2006, Song had her largest role outside of The Suite Life, in Wendy Wu: Homecoming Warrior, another DCOM. Originally, Song had been cast to play a supporting role, but when the producers learned she had a black belt in taekwondo, she was recast as the lead. Leading up to the film’s debut, Song posed for the cover of several magazines, including Seventeen and Teen People.

The film was well received and adored by critics, even those not specialized in children’s television. Song’s performance established her as more than just the ditzy London Tipton, and helped get her roles outside the Disney Channel. In 2008 she appeared in College Road Trip, with fellow Disney alum Raven-Symoné, and starred in Lifetime’s Special Delivery. For the movie’s soundtrack, she sang “I’m Not that Girl,” which led to her eventually singing multiple songs for The Suite Life.

In 2009, Brenda Song reprised her role after a brief intermission, for The Suite Life on Deck. A continuation of the original, the series moved from a hotel to a cruise ship. Also in 2009, she portrayed Christy Lee in The Social Network, the film starring Jesse Eisenberg about the founding of Facebook.

When The Suite Life on Deck ended in 2011, it was the vehicle for the longest-running characters in Disney history, with London Tipton being the longest continuous female character. Song reprised the role one last time for The Suite Life Movie, but after that, has not appeared in any new Disney projects. Shortly after the end of the show, it was announced that she was engaged to Trace Cyrus, Miley Cyrus’ brother. Their relationship publicly ended in 2012.

Also in 2012, Brenda Song had a recurring role in the ABC thriller Scandal, and in Fox’s New Girl, starring Zoeey Deschanel. From there she briefly starred on Fox’s Dads, a sitcom which aired for one season before being cancelled.

What is Brenda Song Doing Now in 2018

Between 2013 and now, Brenda Song has been relatively inactive. She appeared in Robot Chicken and The League. She was in an episode of Life in Pieces, a sitcom for CBS. She also got back with Trace Cyrus in January 2013, under rumors that she was pregnant. She eventually contradicted the rumors, in 2015, after the couple had split up again. The latest update on the couple was in June 2015, when she shared new photos of them together and holding hands on Instagram.

Despite no new roles, Song continues to remain active on Twitter and Instagram, where she shows us what that mouth do. She’s participated in several photo shoots, and promoted several brands of makeup. It’s unclear if she plans on continuing her acting career, but there are no indications that she won’t.