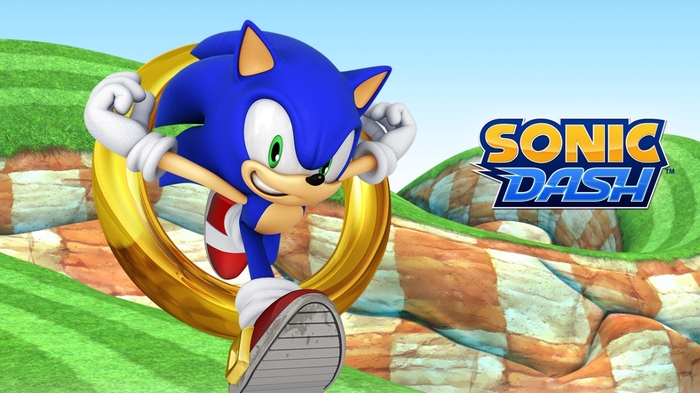 Video game classics are constantly loved by millions each and every day; that’s why they’re the loveable classics that fans, both young and old, can enjoy. While Nintendo has Mario, Sega has Sonic the Hedgehog.Originally trying to produce quality Sonic the Hedgehog titles for the Nintendo 3ds and Nintendo Wii, Sega would soon realize that home consoles were not the future of the prestigious Sonic franchise. With Sega’s attempts to produce quality handheld/console games failing, the company shifted their focus to mobile game development resulting in the endless runner Sonic Dash; if you’re looking for some quality tips and tricks to reach insane high scores, you have definitely came to the right place.

If you like it, put a ring on it

Much like any endless runner title, there is some form of in game currency that you collect on each run allowing you to upgrade and buy in game add ons. While popular endless runner Temple Run uses coins, Sonic Dash utilizes Rings, the obtainable items that originated in the original game. When you first start Sonic Dash, the slate is clean; you have no upgraded boosts, no power ups, no nothing. Don’t be afraid to take a couple runs to focus on collecting a decent amount of coins as this will help you immensely when you upgrade your traits. With the upgraded traits you can run further, last longer, and earn more coins.

When running through the endless track presented in Sonic Dash, whether you’re avoiding obstacles or other annoyances, you can move in 4 different ways; tilt your phone/device left or right to lean that way, swipe down to roll and duck, and swipe up to jump over obstacles. On a long straight away, don’t jump up and down for fun when you could just stay “still” or roll and continue to collect coins. This may seem like common sense but sometimes you get bored on those long straightaways.

Give me a quest 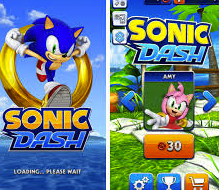 With our world being overwhelmingly busy, not every person who downloads Sonic Dash can consistently play for hours and hours each and every day of the week. However, each user should make it a priority to at least complete their daily quest. Every day, the first time you login, you will receive a daily quest/challenge giving you some type of reward for completion. Many of the daily quest shouldn’t take longer than 10-15 minutes to complete; sometimes the quest/challenge takes far less time than that. In addition to receiving the immediate reward for completion, you can also earn rewards for logging in every day and playing thus maximizing the amount of resources you have everyday.

Like most games, Sonic Dash can be overwhelmingly difficult to unlock everything in the game. With the different characters costing at least 70 red star coins, an extremely rare currency in the game, it is very easy for a person to become tempted to either quit the game altogether or spend real life money on the game through in-app purchases. However, if you have an android device you’re in luck. Many other android users felt that the amount of success that is attainable without spending money or playing 24/7 was too demanding resulting in a hack to add unlimited resources to your account. Just search on your desired internet search engine and look up “Sonic Dash hack” and you’ll be on your way to getting unlimited resources and every unlockable in the game. However do so at your own risk as there are imitators who can upload a virus to your device. 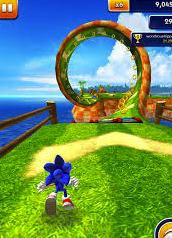 While this may sound droned out and over said, practice really does make a difference. In a game where you are constantly moving and swiping trying to collect coins and dodge obstacles, moving from area to area, practicing and learning the different layouts and signs can help tremendously. Once you know what happens when you do x, your reactions will be quicker and you will be able to survive longer. I’m not saying not to try while you practice, just try to be mindful of the map and the interactions.

Don’t forget to take a break

Setting aside some time to play everyday to get those daily quests is great and highly recommended, constantly playing for hours in a row can fry your mojo. If you keep playing consecutively for a long period of time, you’ll eventually get to the point where you burn out. You will slowly not reach as far as you usually reach, and you will start to get ticked off; let’s be honest, most people who are avid video gamers sometimes get a little too mad thus resulting in broken games and controllers. You need to take some breaks to just relax. By taking some time off from the game, your mood will lighten which will in turn lead to better results.

Make a sacrifice for the greater good and loose some rings 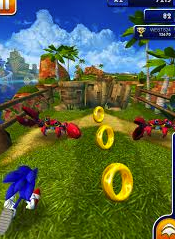 One of the many obstacles that can be found in Sonic Dash are crabs. These pesky little guys are easy to avoid in the beginning they become increasingly harder to avoid the further you get. If Sonic has some rings on him that have been collected throughout the run, instead of ending the run all together, running into a crab will result in losing rings rather than ending your session. While it may ultimately slow your progress of upgrading and unlocking boosts, it may prove correct with a higher score or the potential to regain the amount of rings lost.

Just about everyone has some form of smartphone or electronical device that is capable of downloading and playing Sonic Dash thus making it incredibly easy to find a friend to download and play with. While you aren’t playing directly against each other in the game, you can challenge one another as you aim to have the highest score. Not only do you gain some added competition, but someone to take to and enjoy the game with.