What Happened to Dennis Haskins – What ‘Mr. Belding’ is Doing Now in 2018 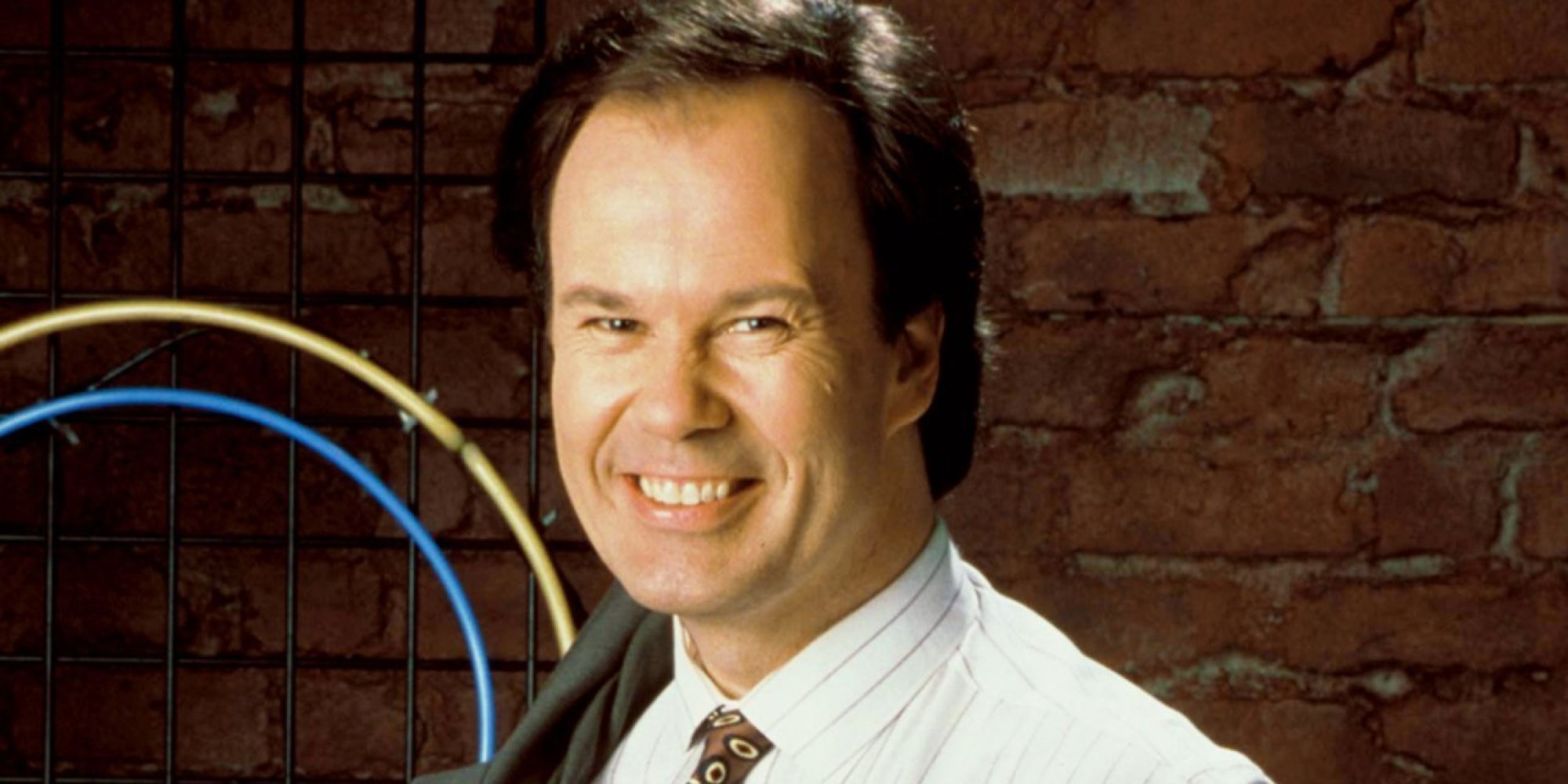 Dennis Haskins will forever be associated with his signature role as Bayside High School’s principal, the benevolent Mr. Richard Belding. Right now, Saved By The Bell is probably being broadcast somewhere. More than twenty years after its original run, it lives forever in reruns. But that’s not all Dennis has done, and his career continues today.

Dennis Haskins is a native of Chattanooga, Tennessee, where he attended Notre Dame High School and became a star basketball player. His acting career started in college. He majored in theater at the University of Tennessee at Chattanooga.

Not only did he act in plays–he wrote them, too. He also got showbiz experience being entertainment chairman of the UTC Student Government Association, booking acts such as Ike and Tina Turner on campus.

Before Saved By The Bell, he had roles on The Dukes of Hazzard and Magnum, PI.

For More Than a Decade, He Was Mr. Belding

He first started portraying Mr. Belding in 1988 on the Disney Channel show Good Morning, Miss Bliss. It was a precursor to Saved By The Bell, and it featured some of the same characters, such as Zack, Screech, Lisa, and Mr. Belding. But it was set in Indiana, and it focused on the teachers’ lives as much as the students’ lives. Hayley Mills played Miss Bliss. NBC co-produced the show, which wasn’t exactly a hit.

Rather than cancel it completely, NBC moved the show to Saturday mornings on their network, renamed it and revamped it, changing the setting to Bayside, California. Zack became the main character, with Slater and Mr. Belding as antagonists.

Dennis had a good relationship with his teenage co-stars.

“I found out early on that they were all good actors,” he said in a recent interview with WUTC 88.1 FM. “I treated them as equals, personally. Sometimes I may have helped with stuff, but they were very good on their own.”

He said the relationship was friendly, a little bit like an uncle.

“We would go out every Friday night and hang out. I think that showed up on the screen with Mr. Belding and how he treated the students.”

So when Dennis, as Mr. Belding, needed to get the attention of his students, he blurted out a version of the director’s own favorite phrase. Basically, Dennis was poking gentle fun at the director. Everyone on set cracked up.

“They laughed, and so it stayed,” he said.

His signature laugh is pretty much his own laugh, and it was funny enough to become a recurring part of the show.

“I have a high-pitched laugh,” he said. “So that’s how it happened, it was a wonderful accident.”

Though Saved By The Bell wrapped up in 1992, reruns of it are still broadcast today, winning over new generations of fans.

School’s Out: After Saved By The Bell

After the halls of Bayside High went dark, Dennis continued to act. He’s made guest appearances on TV shows such as It’s Always Sunny In Philadelphia, Robot Chicken, and Mad Men. He also appeared in the Seth Macfarlane film A Million Ways to Die in the West, in which he played a snake oil salesman. He enjoyed working alongside big-name actors such as Charlize Theron and Liam Neeson.

“It was my first big budget, 100-million dollar film,” he said. “I was thrilled to be there. I would have paid to do that.”

Dennis is a pro wrestling fan, and he got to be a guest commissioner for a Pro Wrestling Syndicate match in New Jersey.

Dennis recently got a chance to show off his vocal prowess. Dennis is a talented singer and an avid karaoke fan (in 2009, he even released a CD, Karaoke With Your Favorite Principal Dennis Haskins) and in 2015, he teamed up with a famous friend who is known for producing oddball singles each year in honor of Record Store Day.

“I’ve known Shooter for several years,” Dennis said. “He of course is Waylon Jennings’s son, but he’s a wonderful guy in his own right and a wonderful musician. He got the idea, with his manager, that maybe we could record a couple of songs, because he knew that I sing. He put together two songs. One is ‘Delilah’ by Tom Jones. The other is ‘For the Good Times’ by Kris Kristofferson. And Shooter found that the chord structure in the two songs fit together, so we mashed them together.”

The result is an eerie ballad about obsession, love gone wrong, and murder.

The single (and the flip side, a cover of “What A Wonderful World”) can be found on iTunes.

Today, Dennis is enjoying a milestone he recently accomplished. In December of 2015, he finally graduated from college.

Although Dennis is known for portraying an iconic educator, the real Dennis never actually finished his education at the University of Tennessee at Chattanooga. He regretted that.

“I love this school so much that I wanted to have earned my degree,” he said.

He was sixteen credits short of graduating when he left school to purse his acting career. Finally, at the age of 65, he returned to UTC and finished his degree in theater, earning credit for his extensive professional experience in Hollywood.

In December, he donned a blue cap and gown and a gold stole (the school colors are blue and gold), and he walked onstage alongside all the other graduates receiving diplomas.

It was a bittersweet moment.

“I wish my mom and dad were here,” he said. “My family’s not around, so that’s missing, but listen—I can be sad about little things, or happy about a big thing.”

He also donated a massive collection of Saved By The Bell memorabilia to the UTC library, including all his shooting scripts and one of his Mr. Belding suits.

“Well, they mean a lot to me,” he said of the items he chose to donate. “The suit is one I wore on many episodes, and I had several that they let me have after the show. The scripts are my personal scripts.”

Dennis continues to act in sitcoms and movies, and he’s very active on Twitter. His handle is @mrbelding.

Michael Miller
Michael Edward Miller is a host/reporter at WUTC 88.1 FM, the NPR station in Chattanooga, Tennessee. He swears that one of these days, he’ll finish that novel he’s been writing. Stalk him on Twitter: @MrRadioMagic
RELATED ARTICLES
Entertainment