What Happened to Kelly Osbourne – What’s She Doing Now 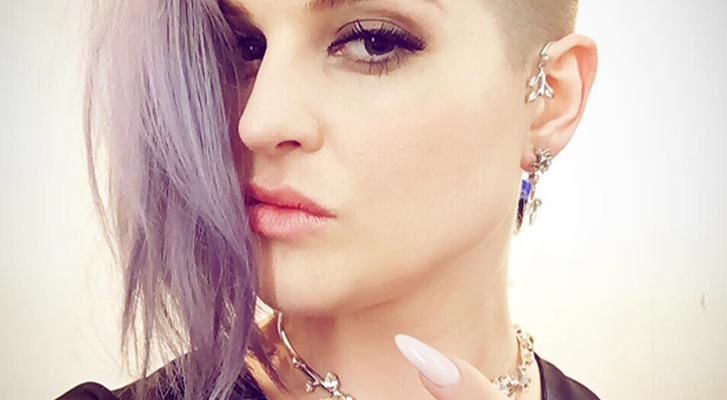 Kelly Osbourne first rose to prominence through the MTV reality show “The Osbournes” which showcased the dysfunctional family life of rocker Ozzy Osbourne. It wasn’t long after the show’s success that Kelly gained some recognition of her own. She began making her mark on the media landscape, dabbling with various television programs and music before trying her hand at fashion. So what happened to Kelly Osbourne and what is she doing now?


Kelly was born in Westminster, London on October 27, 1984. She is the middle child and has an older sister named Aimee and a younger brother named Jack. Due to her father’s musical success Kelly spent most of her childhood moving from place to place. The family lived in over 20 different homes that were spread out mostly between the US and the UK.

It wasn’t until 2002, at age seventeen, that her life would change. MTV commissioned a new reality television show starring her family. Kelly appeared alongside her brother Jack, mother Sharon and famous musician father Ozzy Osbourne. The show quickly gained a large viewership and even won an Emmy Award in 2002 for Outstanding Reality Program. During the show’s first season on air it was MTV’s most-viewed series. Kelly quickly became a household name known for her off-beat, witty remarks and unique style. The show successfully ran for four seasons until it ended in 2005.

Kelly’s life didn’t come without controversy. In 2004 she entered a rehabilitation facility to overcome her addiction to painkillers. She would later relapse over a year later before entering another treatment facility and suffering one more relapse. In the fall of 2006 Kelly held a marriage ceremony in Ireland with her then musician boyfriend Matty Derham, however the marriage was not legally binding and the couple not long after called it quits. On January 19th in 2009 Kelly was arrested for assault after allegedly slapping a reporter in a nightclub.

It wasn’t long after The Osbournes’ debut that Kelly began to make her own wave in the entertainment industry. In 2002 the edgy seventeen year old signed to Epic Records and released her debut album Shut Up. The first single from the album was a cover of the Madonna song “Papa Don’t Preach” which made the US Billboard Hot 100. Although the album had some success it was also met with mixed reviews from critics and in 2003 Kelly was dropped from the music label. Later that year Kelly signed to Sanctuary Records and recorded the Black Sabbath song “Changes” as a duet with her father. The success of the duet brought on the re-release of Shut Up retitled Changes. Kelly released her second album Sleeping in the Nothing in June 2005 which peaked at number 117 in the US Billboard 200.

Kelly made her debut as an actress in 2004, starring as Deborah Tynan in the ABC teenage drama “Life as We Know It”. The television series had only aired for one season before it’s cancellation, but it would serve as an adequate launching pad for Kelly’s career in acting.

Kelly began to find herself drawn more into the world of a fashion. Kelly launched her own fashion line in 2004, Stiletto Killers which sold rock inspired clothing designs. In 2006 she closed Stiletto Killers but continued her work in the fashion industry by appearing as a model in a catwalk fashion show for Heatherette and became the face for fashion retail chain Accessorize. She also discovered her love for theater with her first role as Peter Pan’s Wendy in the live BBC broadcast The Queen’s Handbag. In 2007, Kelly took on a seven week role as Mama Morton in the musical drama Chicago. She also starred in the 2008 musical film The Town that Boars Me by Ben Charles Edwards.

Kelly continued working in various roles throughout the film industry and in 2009 she appeared in an episode of Hotel Babylon as Jo, a character that appeared to be very similar to herself. In August 2010, Osbourne began filming her first major Hollywood film, playing Nicole in the comedy Should’ve Been Romeo. She starred alongside Disney superstar Miley Cyrus in the film So Undercover which was released in December of 2011.

Between 2006 and 2010 Kelly appeared in a variety of television and red carpet events including MTV Video Award ceremonies that took place all over the globe. In 2008 she began “Kelly Confidential” a teen advice column that appeared in the Sun. Kelly landed a spot as a contestant on the ninth season of ABC’s Dancing with the Stars which aired in the Fall of 2009. Her dancing partner was ballroom champion Louis van Amstel and the two danced their way through the season ultimately ranking third overall.

Kelly Osbourne became a fashion correspondent for E! Fashion Police alongside Joan Rivers in 2011. She was able to give her opinions and insight on celebrity fashion and instantly became a fan favorite. She continued as a panelists for the show for a total of six seasons in total. On September 4th, 2014 Joan Rivers passed away leaving the fate of the show in the air. Two weeks later it was announced that the show would continue with a new host. Kelly continued with the show for one more season following the death of Rivers before making the decision to depart the fashion series in 2015. Kelly stated that the reason behind the decision was to pursue other opportunities.

What is Kelly Osbourne Doing Today – What is She Up to Now in 2018?

In January 2016, Kelly wrapped up judging the first season of Project Runway Jr. which aired on Lifetime. The Project Runway spin-off featured twelve teen designers as they competed to win a full scholarship to the Fashion Institute of Design & Merchandising and $25,000 in cash to help launch their own line.

Kelly Osbourne continues to work through various entertainment projects including a guest role on the CBS drama CSI Cyber in which she played a hacker named Stella Kaine. Stella, known as The Angel of Digital Death, uses her computer to destroy lives by draining bank accounts, canceling credit cards and filing death certificates. In late 2015, it was also announced that Kelly would be a judge on the eighth season of Australia’s Got Talent. The talent show premiered on February 1st and will run through the season as hopeful performers compete for the prize of A$250,000.

Morgan M.
Morgan is a freelance writer residing in Northern Nevada. She is a music and entertainment enthusiast and also expresses a vast array of interests that include travel, astronomy, paleontology, meteorology, science, wildlife and the arts.
RELATED ARTICLES
Entertainment