What Happened to Tiger Woods – New Update for 2018 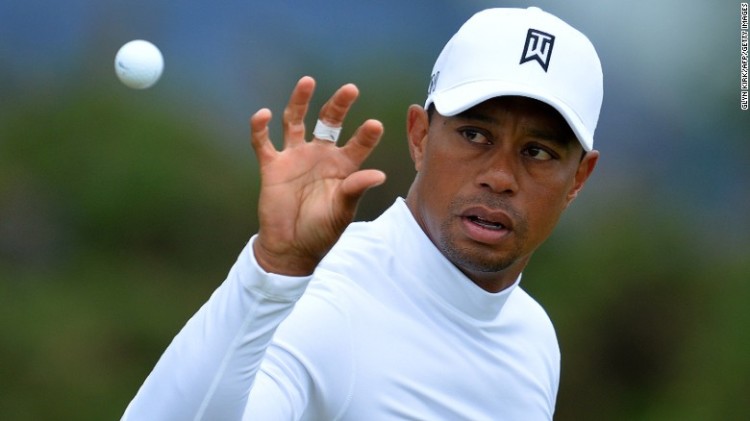 Ten time PGA Player of the year award winner Eldrick Tont Woods, better known as Tiger Woods, took up golf at a young age. He has gone on to be one of the most successfully players in history, winning a total of fourteen Opens between 1997 and 2008. His first Major win was a record-breaking performance, beating out the competition by an unprecedented twelve strokes. His more recent games have been somewhat lackluster, with some saying his turbulent personal life was to blame. So what is he doing these days? 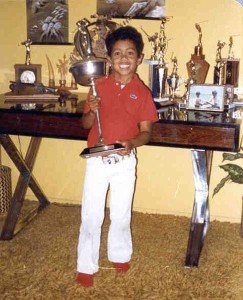 Tiger Woods was born on December 30th in Cypress, California to Earl and Kultida Woods. His mother was originally from Thailand. His parents met while Earl, whose ancestry is a blend of black, white and native American, was on a tour of duty in 1968. Tiger has referred to his own ethnic identity as “Cablinasion”, a portmanteau made from all of his racial backgrounds.

He grew up in Orange County, California and was introduced to golf  before he turned two. He took to the sport like a duck to water, and was even featured on “The Mike Douglas Show” in 1978 to putt against Bob Hope. By the time he was three he had already shot a forty eight over nine holes at the Cypress Navy course, and by five was appearing in Golf Digest and “That’s Incredible” on ABC. Tiger Woods would first break eighty strokes at age eight, and under seventy by the time he was twelve. His father, Earl, has stated that Tiger first beat him in a serious game at age eleven, and Tiger would never lose another game against him again.

His first major tournament came in 1989 when he was just thirteen years old. The Big I paired each qualifying young golfer with an established pro, Tiger was paired with John Daly, who beat the young Tiger Woods by a single stroke. Two years later Woods became the youngest winner of the U.S. Junior Amateur, holding the record until 2010, where it was beaten by Jim Liu. He was named SoCal Am player of the year in 1990 and 1991. He won the U.S. Junior Amateur championship again in 1992, becoming the first multiple winner of the tournament, and as of the following years win, the only three time winner of the competition.

He was the youngest winner of the TPC at Sawgrass in Florida until 2008, when the title became Danny Lee’s. He was also a member of the 1994 American Eisenhower Trophy World Amateur team and the 1995 Walker Cup Team. They won the former, but lost the latter. Tiger Woods graduated from high school in 1994, having been voted the most likely to succeed. He was offered numerous golf scholarships at several prestigious institutions and ultimately went with Stanford University.

Tiger woods had a very successful collegiate career. While studying economics at Stanford University Woods won most of the tournaments he played in. His time at university was cut short though. After only two years of study Tiger left Stanford to turn pro in August of 1996. He immediately signed sponsorship deals with Nike and Titleist, becoming one of golf’s highest payed athletes almost over-night. In 1997  he won his first major tournament, The Masters, becoming the youngest ever winner of the event. Two months later he was the number 1 ranked golfer in the world, setting a record for fastest ascent.

While all eyes were on the young golf prodigy after his astounding 1997 Masters victory, his performance throughout 1998 failed to meet expectations. He won only one PGA tour event, causing critics to write him off. He shrugged off the naysayers and in 1999 he had eight season wins, something that had not been done since 1974. His 2000 win streak of six had not been done since Ben Hogan in 1948. 2000 would arguably be the best of Woods’ career, though he had plenty of wins left in him. It wasn’t until 2009 that he really began to falter.

The full 2009 season was actually one of Tiger’s most consistent of his career. He didn’t win much, but his play was solid. It was the revelation of marital infidelity that came to light at the tail end of 2009 that really knocked him for six, and prompted him to remove himself from the professional scene. In 2004 Woods married Swedish model Elin Nordegren. In November of 2009 the news broke that Tiger was having an affair with Rachel Uchitel, a nightclub manager from New York. She denied the claim, but Tiger later released a press statement confirming that he had been having an affair.

Over the days and weeks that followed his admission he lost several sponsorship deals, with the total estimated losses valued at $22 million. He announced at the end of 2009 that he would not be competing for a while, but returned in April 2010 for the Masters. The 2010 season was terrible for Tiger. He finished the tournament in fourth place, which would be his best performance of the year. For some reason he was still ranked #2 in the world at the end of 2010.

Since 2010 we have seen a steady improvement in Tiger Woods’ performance all the way up to 2013, when injury began afflicting him more regularly. An elbow injury caused a poor showing in the 2013 U.S. Open, and a back injury the following year put him out of Honda Classic the following year.

Back injuries seem to be a theme in Tiger’s recent showings, with an apparently unrelated issue forcing him to drop out of the Farmer’s Insurance Open last February. He also played poorly in both the U.S. Open and the Open Championship, missing the cut for the majors and finishing near bottom of the table in both. He was replaced as the face of EA’s popular PGA Tour series of video games last year as well, with Belfast’s own Rory McIlroy taking up the mantle.

After receiving a second microdiscectomy surgery on his back, it is unknown when Tiger Woods will be returning to the circuit. He was last seen practicing in late February, but has confirmed that he will not be back on from of The Masters in April. He has stated to the press that he is feeling a lot better, and is able to chip and putt, but his drive is not yet back at a level he is happy with. It may well be next year that we see him back on the course.

2017 has seen a major return to form for the great golfer. Perhaps now past his demons, Tiger has stepped up his 2017 appearances. His performance on the course has been cited as great, though we have yet to see much televised. Interestingly he has 5-1 odds on winning a major this year, the best odds we’ve seen for him in a long time. An interesting time to be a Tiger Woods fan.