What Happened to Jermaine Jackson 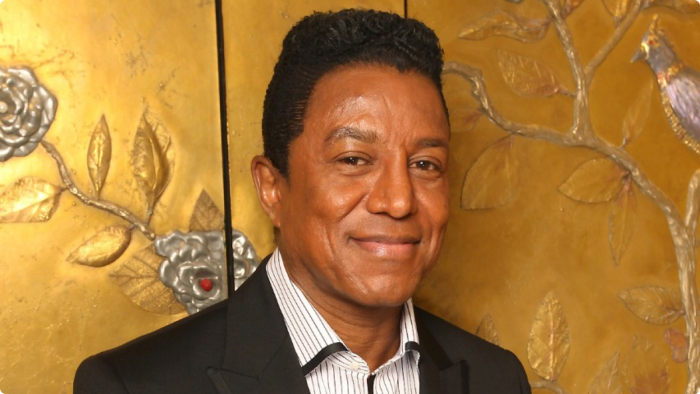 Jermaine Jackson, the other, other, other Jackson brother. He first rose to fame in the late sixties as the co-lead singer of the Jackson 5, shared with his more famous brother Michael. Like Micheal, he began his solo career while still a member of the 5. His solo career peaked in the eighties, but he continued to have contributions to the industry all the way into the nineties. He enjoys a minor modern following in the UK, due to some high profile appearances on reality television, and has been performing music again recently. So let’s take a look at where he came from, and what he’s doing these days.

Jermaine Jackson was born on December 11th 1954 in Gary Indiana. He is the fourth child of Katherine and Joseph Jackson., whose other children are Jackie, Rebbie, Tito, Marlon, Michael, Randy, La Toya and Janet. His father imprinted his own musical aspirations on his children, with Joe Jackson playing guitar in The Falcons. The size of their family, and their relative poverty, forced an end to Joseph’s music career. While he went to work at U.S. Steel as a crane operator a young Jermaine formed a band with his brothers, called The Jackson Brothers, where he played guitar and sang lead.

It wasn’t long before Joseph began taking an active interest in the development of the three man band, and started an intensive practice regime for the proto-Jackson 5. It wasn’t long before the tow younger boys joined the group and the modern Jackson 5 line up was solidified. Jermaine would cite Joseph’s draconian methods of instruction as a key factor in the groups success, coupled with a rigorous performing schedule. In 1967 Jermaine Jackson and the Jackson 5 were signed by Joseph to their first major label, Steeltown records. Their first single was released in January of 1968, it was a success and before the following year the group signed to Motown, a label famous for cultivating the sound of both the sixties and the seventies.

A few years with Motown was enough to convince The Jackson 5 that the group was not being paid a fair sum for their work, considering the money made by a string of Hit singles from the band. Most of the group jumped ship to sign on with Epic Records in 1975. All except Jermaine. Jermaine Jackson claimed a need to display loyalty to the company that made them famous, though it must be noted that at the time Jermaine was married to the doughtier of Motown founder, Hazel Gordy. The split from Motown was not as smooth as they might have hoped, as Berry Gordy, the founder, trademarked the name The Jackson 5, resulting in the group becoming simply The Jacksons when they arrived at Epic.

Jermaine’s sole career began in 1972, with the release of Daddy’s Home, a cover of the Shep and the Limelites hit. The song sold well, eventually going gold. His first post Jackson 5 record, titled My Name Is Jermaine, was not particularly well received, but it sold well enough. He would release many albums with Motown, but it wasn’t until 1980 that any would receive much in the way of critical recognition. While he had a few top thirty hits in the mid to late seventies, it wasn’t until the release of the 1980 album, Let’s Get Serious, that he received an award nomination. Hi final chart success came in 1989 with the single Don’t Take It Personal, from the album of the same name.

In 1984 Jermaine Jackson rejoined the Jackson 5 for the first time since 1975, for a 55 venue Victory Tour. The tour took its name from the recently released Jackson 5 album of the same name. Their reunion performances grossed in excess of $75 million, setting the record at the time. Jermaine Jackson’s final solo album, before his recent jazz covers record, came in 1991 with You Said. The record was produced by LaFace Records, who would go on to see success producing artists like Usher, Pink and OutKast. You Said was a critical and commercial flop, and led to Jermaine Jackson leaving the music industry for more than two decades. While Jermaine was raised a Jehovah’s Witness, his mother being a very devout woman, he converted to Islam after a visit to Bahrain.

During his brother Micheal’s child abuse trial, Jermaine Jackson spoke out in his defense. He appeared on CNN’s Larry King Live and accompanied Micheal to court on several occasions. Jermaine has made several appearances on reality television. Beginning with 2007’s lauded appearance on “Celebrity Big Brother UK”. He won over the UK audience with his calm, meditative demeanor. He returned to the UK to for the ITV special, “Challenging Anneka” and appeared along side then UK head of state Gordon Brown to show support for Searchlight Magazine’s anti-racism campaign.

It was Jermaine who announced the death of Micheal Jackson to the world at a press conference. He was a pallbearer during the service, and performed Charlie Chaplin’s Smile, purported to be his brother’s favorite song. His career around the time of his brother’s death was very busy, appearing in numerous shows and talking about his childhood, and even releasing a book titled, You Are Not Alone: Michael Through a Brother’s Eyes. In 2012 Jermaine released his most recent solo album, I Wish You Love, his first in more than two decades, comprised of Jazz covers.

What is Jermaine Jackson Doing Now in 2018?

Jermaine Jackson has been married three times. His first marriage was to the daughter of the founder of Motown Records Hazel Gordy. He had three children with her. He would also have two other children to Margaret Maldonado. His second marriage was to Alejandra Genevieve Oiaza, to whom he had two more children. He met his current wife, Halima Rashid,  at a Starbucks. The pair were wed in July of 2004. Halima was arrested last year for alleged domestic violence. She was charged with felony corporal injury on a spouse by the LAPD. It is unknown how these charges will affect their marriage, but I don’t see it lasting too much longer.

These days Jermaine Jackson is performing again. He appeared at Planet Hollywood hotel and Casino in Las Vegas with his brothers for something of a Jackson 5 reunion at a concert event naming it Heal the World: A Tribute to Michael Jackson. Considering his renewed interest in music it is likely this will not be the last time we see the group together. He took to social media to lambaste Donald Trump over claims made by the latter regarding his late brother Micheal. Trump, calling himself a friend of Micheal, made the claim that Micheal had lost his confidence due to the many botched surgeries the artist had. Comments made by Jermaine Jackson over twitter accused Trump of name dropping the late singer in an attempt to look cool. How cool Trump looks by talking about Micheal Jackson remains up for debate.