What Happened to Xfire – An Xfire Update For 2018

Despite the common knowledge of our average 21st century, video games and gaming in general has never been healthier and stronger will millions of concurrent players everyday. From new triple A (AAA) video game titles like the Fallout series to indie games that were started on Kickstarter like Shovel Knight, there is a video game out there for everyone. Even if you don’t enjoy or have the time to fully play through a game, you can watch various playthroughs, let’s plays, and live streams via the ever growing media sites YouTube and Twitch.

YouTube is a video media site in which users can create all sorts of content to share with the world whereas Twitch is a streaming website dedicated to streaming video games in real time.With around the clock access to gaming via mobile gaming on both mobile gaming devices, like the Nintendo 3DS, to casual mobile gaming on smartphones, you can always be having a good time playing games.

With all of this available at the tips of our fingers, how was the gaming scene/community in prior years. First and foremost, 12 years ago gamers didn’t have access to websites like YouTube and Twitch as they weren’t created yet, and mobile gaming wasn’t even a concept yet as most smartphones haven’t even caught on yet. With these disadvantages you may ask how did gamers share their gaming feats and connect with other gamers. Thankfully there was one service that was able to provide streaming, video, and screenshots of user gameplay while also offering a simple chat client for gamers to get in touch with one another. This service was known as Xfire.

If you have never heard of Xfire that is most likely due to the fact that Xfire has recently ended its service. The Xfire services that were offered were streaming gameplay, recording video footage of gameplay, taking screenshots while in game, and allowing video game players from around the world to communicate through a chat service. In addition to having the aforementioned services, you could also create a social profile to show off some information about yourself. Used by more than 24 million users with a “healthy and vibrant community” how could Xfire have died out. 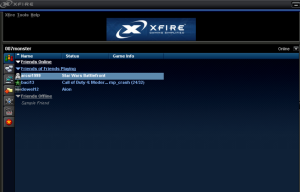 Due to the tremendous success that video games have had in recent years, an entirely new sport has been born known as Esports. One of the greatest things about this new sport is that it can be played in the comfort of one’s home without risk of injury like a torn ACL that you can experience in football and other contact sports. These Esports not only attract millions of viewers on Twitch and even on ESPN2 but also offer a competitive scene for gamers. Popular Esport titles include but are certainly not limited to: League of Legends, DOTA 2, Counter Strike: Global Offensive, and Hearthstone.

Each of the aforementioned games have various tournaments with immense cash prizes as well as prestige in the games community. This ever growing market for tournaments and various Esports offers massive profit margins as well as immense usage by players, tournament organizers, and casters alike. This is the market that Xfire had chose to pursue. After various hard work and decision making, Xfire chose to dedicate all of their time and effort on the Xfire Tournament Platform in the hopes of being a leading name in Esport tournament setup. To view the official statement by Xfire, please visit social.xfire.com to read the heartfelt decision from the Xfire officials.

Xfire Changing Directions – Where is Xfire in 2016? 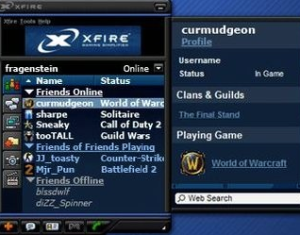 While this surely upset many devout Xfire fans, it was rather smart on Xfire to pursue other avenues as by the time Xfire’s original service was ended, YouTube and Twitch had quickly begun to rule gaming video media. With each of those websites getting well over 1 million concurrent users daily, Xfire’s original service would not have been able to compete. If you want to watch gameplay of any popular MOBA title you can surely find someone playing it at any time of day on Twitch. Even if the aforementioned video game media giants didn’t pose as a threat to Xfire, then the use of Skype would have been the kill shot. Providing seamless chat experiences via text chat, voice chat, and even video chat, Skype is a free communication service used by millions.

Although Xfire has ended its original service, Xfire’s new tournament service is still available for download and use. While Xfire may not have broken into the Esport tournament casting/construction the way they wanted to, the service is still used and prefered by many. Unfortunately, due to a changing market and immense competition, the Xfire service was outclassed by better alternatives like YouTube, Twitch, and Skype. While Xfire may have ended, it still was used by a whopping 24 million concurrent users in the slow rise of video game greatness that is present today which is no small feat.