A country’s health care system is one of the biggest contributing factors to the well being of its people. It impacts a country’s financial situation, not to mention the general health of a country’s people. We know that the USA is one of the most developed and powerful countries in the world. Maybe surprisingly, its health care system simply does not hold up when compared with the countries on this list. This is not completely the United States’ fault. It faces more of a struggle in providing cheap health care to its people because its population is more than double that of any of the ones on this list. It’s also much larger in terms of size than any of the countries on this list.

Perhaps a surprising omission from this list is Canada. Due to Canada’s closeness and likeness to the United States, the countries are often compared. The two countries had similar health care programs in the 1970s, until Canada switched to a nationally funded system. Today, in comparisons, Canada always comes out on top. Canada spends less than the US on health care, and they have higher life expectancy. Canada provides universal health care to all citizens, with the money coming from taxes. Still, while Canada’s health care system beats out the US’, it has a way to go before it could crack this list of the top 10 health care systems in the world. 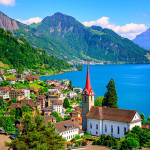 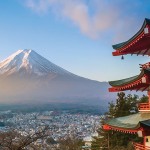 Japan’s health care system is essentially the opposite of what is done in Switzerland. This proves that many different types of approaches can be successful in providing high quality health care. In Japan, all citizens must have coverage, and it can be obtained either through the employer or through the national program. Their per-person health care expenditures are a lot lower than most other countries, and they have one of the highest living expectancies in the world. They have very low infant mortality rates, and high illness recovery rates. A wide variety of free services are provided for those who choose Japan’s national healthcare program. These include hospital visits, screening, and exams. Japan is one of the healthiest countries in the world, and their healthcare system is practical and efficient. 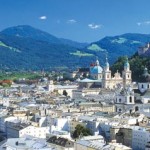 Austria is an example of a country that has found success in a healthcare system that has income-based pricing for health insurance. All Austrians are entitled to free, basic health care services. Amazingly, they also provide free healthcare services to all visitors to their country and tourists. Austria has a two-tiered system for healthcare, where basically everyone gets free healthcare, but people with more money can choose to purchase premium plans that they pay for. Some people will pay for their service entirely to ensure better services. This two-tier system is effective in giving everyone coverage, and allowing those who want it to purchase superior coverage for themselves. 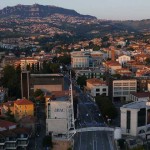 Some of the countries on this list, like San Marino and Malta, have the advantage of being tiny countries with small populations. This simplifies things for the government when it comes to supplying and providing healthcare for their citizens. This also makes it so they can’t really be compared with big, diverse nations like the United States. Still, it’s interesting to evaluate how these countries in ideal circumstances have chosen to handle their healthcare situations. Like Austria, San Marino has compulsory, free healthcare for all citizens. Also like Austria, residents of San Marino can chose to buy private healthcare packages if they can afford it. The World Health Organization has ranked San Marino as having on of the best healthcare systems in the world. 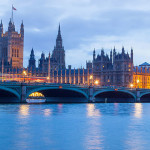 Like the previous two countries on the list, England has healthcare that is free for everyone and paid for with taxes. Healthcare is provided by the National Health Service, but there are private options as well. While basic services are free, people must pay for eye services, ear services, and prescriptions, like in most countries. The National Health Service is in charge of much of England’s healthcare responsibilities, including employing doctors and running hospitals. They rank highly on this list because of inclusiveness, and reasonable pricing of their services. Even though prescriptions aren’t covered, there is a cap on how much a patient can be billed for prescription medication. 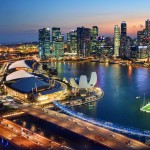 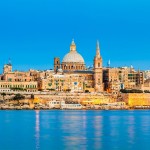 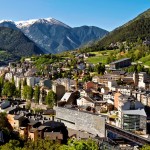 While Malta’s healthcare system is based on what is done in England, Andorra has found success in modelling their system after the French. Andorra ranks highly in most healthcare evaluations, including the one conducted by the World Health Organization. This is likely owing to the fact that it’s a tiny, rich country with a small population and high GDP. Healthcare is run and coordinated by the government in Andorra. This system obviously suits the needs of the population in Andorra. Only around eight percent of Andorrans don’t have health coverage, a startlingly low number. 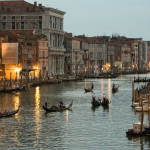 While they have the option to pay for it, hardly any Italians have private health insurance. This is likely because they’re covered so well by the national system. Italy has a healthy population, with one of the highest life expectancies in the world. They also spend less on their healthcare services than almost any other country. Prescriptions are subsidized, and public hospital visits and procedures are completely free for those who participate in the national health coverage services. Beyond the fact that coverage is affordable and efficient, Italy is also known for having very good doctors and hospitals. These factors combine to give Italy one of the highest-ranked healthcare systems in the world. 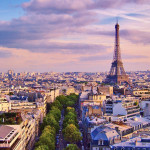 For years, France has been considered to have the most efficient, functional healthcare system in the world by many, including the World Health Organization. They use a combination of private and public coverage, and nearly everyone in France has health insurance. Most people in France have additional private insurance, and almost all medical bills in France are covered by the government. France has one of the top rankings when it comes to efficiency in spending on medical care, which allows the government to pay around seventy percent of all medical bills. Perhaps the most telling statistic is that France is reported to have the lowest amount of deaths that could have been prevented with basic medical insurance of any country. France spends more on healthcare than any other European country, but they still spend less than the US does.

Looking at this list, one can pick up on quite a few patterns. Almost all of these countries are European. Most of them have small land masses, and most of them have pretty good economies. One must be careful when drawing simple comparisons between these countries and a country like the United States, which has a much bigger population and far bigger landmass. At the same time, a nation’s health should always be one of its top priorities. It is 2018 after all! So it’s important to keep tabs on how other countries are succeeding in health-related issues so that we know what to strive for.

Tyler Carlson
When I'm not writing I'm probably gaming or quoting cheesy movie quotes to the annoyance of everyone else around me.
RELATED ARTICLES
Health