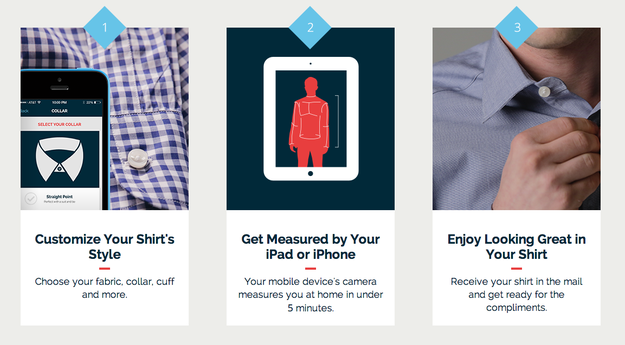 Miles Penn has traveled from San Francisco, California, all the way to the Shark Tank to seek a huge investment of $2.5 million dollars in exchange for a 10% equity in his company, MTailor. As a guy, Miles starts, he hates going to the mall and trying on clothes, but online shopping is even worse since he will order 5 shirts just to get one that ships and save himself from 4 separate returns. Custom clothes are the perfect fit, but it is really expensive and even more of a hassle than regular shopping. That is, until now.

MTailor sells men’s customized shirts by measuring you with your phone’s camera, and in fact, they are more accurate than human tailors by up to 20%. There are over 10,000 unique shirt combinations, but it is incredibly simple to order. Miles will walk the Sharks through ordering the shirt that he is wearing right now. You simply start by picking out the fabric, which is a heavy purple oxford. Next, pick out a collar, such as a casual button down. Next is the cuff, and you can never go wrong with the one-button round. Next is the specialty for MTailor, which is the tucked or untucked style – you won’t find tucked or untucked options at Fubu shirts, Daymond’s clothing company.

All of the Sharks turn to Daymond with an “oooh, he just burned you,” and Daymond jokes that it is not a good way to start a pitch. Next for ordering the clothes, you get to the real “secret sauce,” which is getting measured by your phone’s camera. The measurement process is incredibly easy and takes less than 30 seconds, and fortunately, Miles has brought David to demonstrate just how easy the process is. The first thing you do is change into form-fitting clothing, which David has already done. Next, find a wall to lean your device against, which David does.

As you set your device down, the level inside the application will tell you which way to lean the device. Once it turns green, you are ready to stand back and get into position, and then, you do a single spin with your arms up. After you are done spinning, jump off screen and the camera will compare your measurements to the background. That’s it, you’re done measuring! Submit the measurements, and David just got measured 20% more accurately than a professional tailor in less than 30 seconds.

Since MTailor cuts out the expensive measuring and tailoring process, a custom shirt that normally costs $125 costs only $69 with MTailor. David had stepped behind the demonstrative wall to change, and out he steps in an excellent custom-fitted shirt. Of course, Barbara makes a comment on his physique and appearance, as David looks incredibly stylish and professional. MTailor has already launched and is thriving on both IOS and Android, so it is time to stop wearing another man’s clothing.

Barbara asks the first question, since David has a “hunk-y shape.” She likes his biceps, and asks if the phone measured them. Miles confirms that his biceps were indeed measured, and there are over 14 measurements taken for each shirt. Kevin asks if there is anything proprietary about the measuring software, as it exists in other forms. Miles says that he built the application with a friend from Stanford, so it is proprietary to the two of them. Kevin then asks about the return rates of ordered clothing, which would speak volumes about the accuracy of the measuring tool. Miles explains that the net, including remakes, is about 15% returns. Kevin and Mark are stunned by this, but Miles elaborates.

Typically, for online clothing retailers, they have a 25 to 30% return. Daymond then confirms that Miles is asking for $2.5 million dollars for 10%, so this is a $25 million evaluation. Miles says he will definitely discuss evaluation, but guest Shark Chris Sacca (investor of Twitter and LinkedIn, among other business ventures) asks about the revenue. Miles says that as of July, they are doing $150,000 a month, and they actually hit supply chain issues. The past month, they did $130,000, but overall, they were on track to do $2 million before issues struck. This year, MTailor will be on track to only do about $1.1 million in sales, and Miles is flying to China tomorrow.

Kevin explains that is a huge hiccup, which is a 50% miss. Miles agrees, but says they have $1.4 million in the bank so they are not worried. Mark asks for more details about the supply chain issues, and Miles explains that when the pricing was started and they were only selling 2 shirts a day, they had their prices set at a specific price. Now that they are selling thousands of shirts a month, the supply chain is still selling shirts at the same price, and Miles spent a few months trying to fix it. Miles had little experience with supply chain management, so he will be visiting China in-person to handle this.

Daymond then asks where Miles came up with the $25 million valuation since Daymond could bring that valuation down to $5 million and deliver 19 factories that do the exact same thing. Miles says that he could find Daymond as a valuable asset and could definitely help to grow the business, but Daymond does not believe that. If Daymond is such an asset and could help Miles so much, why is there a $25 million valuation? Miles explains that they have raised money using a $10 million valuation, but Daymond says that he truly does not believe MTailor is worth $10 million.

Miles explains that he owns a very different from when they were worth $10 million, but Kevin points out that he missed his sales figures by 50%. Miles then explains that the technology MTailor uses is completely different from anything that exists, which Kevin calls a “tech play.” Why is Miles rebuilding what already exists – who wants another shirt company? Daymond asks if this is a proof of concept to then sell the software to other people, but Miles says that is it a little bit of both. Still, Chris Sacca recommends licensing the software off to the billion-dollar companies instead. 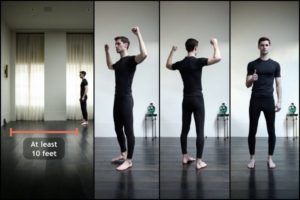 Miles then says that he studied at Stanford under their math and technology department (Chris had probed for details). Chris explains that what he did is no small feat, but what is hard is that realizing technology might actually be the easiest part of the business. Building a company from scratch in the United States can be incredibly difficult since there are millions of different body types. Chris launches on an awe-inspiring tirade, finishing up with asking if the other investors would be willing to meet that $25 million valuation or if he is simply trying to take advantage of the Sharks. All of the other Sharks fall silent at this realization, and the show cuts to Miles nervously chewing on his lip before cutting to commercial.

At this point, all of the Sharks are questioning the high valuation of MTailor. Miles says that he is not trying to take advantage of anyone, but if they were to go through a fundraising “A round” (the first one), he feels the $25 million valuation is too high. Chris then doubts that he could get to “ramen profitability,” which is where the company makes enough money to buy every single employee a bowl of ramen noodles. All of the Sharks have a laugh but use their new vocabulary term; Daymond says that it is called a “wing dinner” from his experience.

Unfortunately, Chris finds that Miles has valued his company at a perfect price, but Chris is not in to pay a perfect price. Chris is the first Shark out. Barbara then points out that there was no shame factor under Miles, and it seems most likely “party chatter.” Barbara is concerned that Miles is not scared enough with his supply chain situation, so for that, she is out of the deal. Miles just says, “you can’t please everyone.”

Daymond then says that he does not like Miles since he came in with a little bit of attitude (taking a shot at Fubu), but Daymond does extend an offer of $2.5 million in exchange for 17.5% of the company. But Daymond would license out the technology, and Miles is interested in ramping up the production. Miles extends a counter-offer of $2.5 million for an 11.11% stake, giving MTailor a $22.5 million valuation. But Miles is more focused on the short-term instead of licensing, and feels that licensing would derail the company.

Daymond says that he can take the $2.5 million investment and find software that emulates what Miles’s does, and Miles says that he could do just that. Daymond then exits the deal. Kevin speaks next, saying he likes Miles but does not want him to go to China. Kevin wants Miles to focus on the technology instead of the clothing brand. Kevin extends an offer of a $2.5 million loan at 7% interest over the period of 36 months, all for 2.5% equity.

In the end, after much haggling, Miles does not find a deal or any venture debt. Miles leaves the Shark Tank, and it seems like all five of the Sharks have a venomous taste in their mouth from the pitch.

MTailor Now in 2022 – The After Shark Tank Update

Miles might not have landed a deal with the Sharks, but that hasn’t stopped him from succeeding with his company. In 2018, they successfully raised $7.2 million, including $5.2 million from Khosla Ventures, which they’ve used to fund their ventures.

Their mobile app is also doing well. As of December 2022, it has a 4-star rating on the App Store and a 4.6-star rating on Google Play. While there have been some complaints (e.g. technical issues, shipping fees), the majority of reviews are positive. In fact, many customers have praised the app for its perfect sizing.

In terms of revenue, the company is currently doing $13 million in sales per year and is valued at approximately $25 million.