Miley Cyrus’ Net Worth in 2018 – How Rich is Hannah Montana? 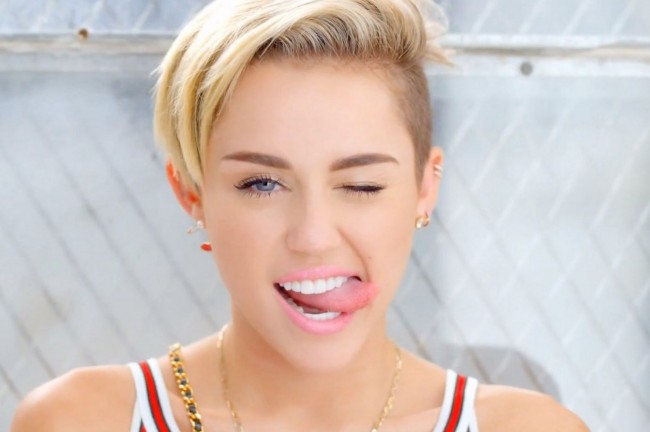 Miley Cyrus is best known for her role as the rocking teen idol Hannah Montana and her songs “The Climb” and “Party in the U.S.A.”. After a brief hiatus she reappeared but with a radically different appearance and music. Even with her new image she still had millions of fans worldwide, and throughout her career she managed to bag more than 50 awards and hundreds of nominations. Read on and find out how Miley Cyrus took the climb to success and earned her wealth.

How Did Miley Cyrus make her money & wealth

Destiny Hope Cyrus was born on November 23, 1992 in Franklin, Tennessee. It was also the same year when her father, country singer Billy Ray Cyrus, released the hit single “Achy Breaky Heart”. Cyrus grew up in a farm and went to Heritage Elementary School while being a regular attendee of a Southern Baptist church. Her cheerful demeanor earned her the moniker “Smiley” which she later used as the basis in changing her name. She also chose “Ray” as her new second name in honor of the politician Ronald Ray Cyrus who was her grandfather.

At eight years of age Cyrus and her family lived in Toronto, Canada as her father’s television series Doc was being filmed there. She had her debut in acting when she appeared on the pilot episode of Doc. In 2003 she landed a minor role in the drama film Big Fish where she was credited as Destiny Cyrus. During this time she also developed a liking towards singing and songwriting.

In 2003 Cyrus auditioned for the role of the lead character’s best friend in the upcoming Disney Channel series Hannah Montana. Later on she was asked to audition for the lead role itself, named Chloe Stewart, which she complied and eventually received thanks to her abilities and persistence. Cyrus got the role, renamed the character as Miley Stewart, and also had her father join the cast as the protagonist’s father / manager.

Hannah Montana aired on March 24, 2006 and quickly became one of Disney Channel’s most popular shows. The story focused on Miley Stewart’s double life as an ordinary teenager and as a secret pop star. Cyrus became a teen idol and secured multiple deals ranging from products, music, and film. As Hannah Montana she released her eponymous debut album on October 24, 2006 which was critically-acclaimed and peaked at the US Billboard 200 chart. It was later followed by four more albums and a sold-out concert credited under the fictional character. 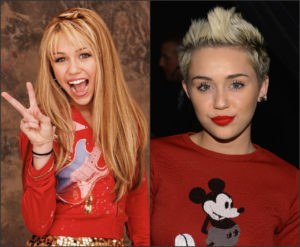 Cyrus released her debut album on June 26, 2007 named Meet Miley Cyrus which was included as a second disc of the Hannah Montana season 2 soundtrack album. It hit the top of the Billboard 200 chart and amassed positive reviews. Four months later she began her Best of Both Worlds Tour with tickets sold like hotcakes. The tour had a 3D concert film which was released on February 01, 2008 for a single-week showing. However the unexpected financial success of the film further extended its run.

Her second album Breakout was released on July 22, 2008 which was again successful and helped spread her music to foreign countries. April 10, 2009 saw the release of Hannah Montana: The Movie whose soundtrack included her highly-popular song “The Climb”. Four months later she had her first extended play titled The Time of Our Lives with its lead “Party in the U.S.A.” being her best-selling single at that time. She promoted her new album and extended play in the Wonder World Tour. This tour showed Cyrus’ edgier side that showed her transition towards a new image.

As teenage life began knocking on her door Cyrus slowly shed her teen idol image. She had exposed a good amount of skin in a photoshoot for Vanity Fair and had provocative images leaked online. Her 2010 romantic film The Last Song showed that Cyrus was prepared for more mature roles. Cyrus’ third album Can’t Be Tamed was released on June 18, 2010 and featured a different musical realm compared to her past albums. It failed to receive positive reviews and had a lukewarm chart performance. This was her final album before taking a hiatus to pursue acting. She made guest appearances in different television shows and starred in two unsuccessful films.

2012 marked the change in appearance of Cyrus. She tweeted a blonde and shorter hair much to the surprise of fans. She went back to music with the October 04, 2013 release of her fourth album Bangerz featuring a totally different girl compared to the innocent and sweet teen idol. Cyrus justified her “evolution” by stating that she felt irritated and disconnected from her original persona and wanting to start over. Its two singles “We Can’t Stop” and “Wrecking Ball” were both successful and their incredibly provocative music videos gathered millions of views quite fast. Bangerz received polarizing reviews but the majority leaned towards the positive side. Its promotional Bangerz Tour gathered $62.9 million in the box office and much positive praise from critics.

After two years her next album Miley Cyrus & Her Dead Petz hit the shelves on August 30, 2015. It steered away from hip hop and pop elements and geared towards psychedelic music. Her music videos ranged from the trippy “Lighter” to the bizarre “BB Talk”. Reviews on the album were lukewarm at best. Cyrus’ month-long Milky Milky Milk Tour promoted the album which is still currently freely available on SoundCloud for streaming.

It seems that Cyrus does not have a lot of ventures outside of music and film. Her multiple deals with the Walt Disney Company during her Hannah Montana days contributed a big chunk to her wealth. In 2009 she collaborated with designer Max Azria in launching a Walmart clothing line. She is among the coaches in the 11th season of The Voice which no doubt brings a hefty addition to her income.

No but she has been in an on and off relationship with Liam Hemsworth. They were engaged last 2012 until they broke off a year later. Recently they got back together and there are rumors abound that they are, again, engaged. Cyrus also had a relationship with Tyler Posey, Nick Jonas, and Patrick Schwarzenegger. 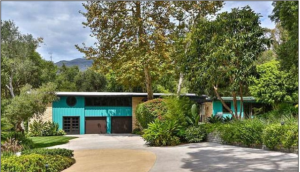 Cyrus recently purchased a $2 million mansion that’s not far from Liam Hemsworth’s place. It has an expansive garden, a private balcony, and a media room.

A dollar per ticket sold from her Best of Both Worlds and Wonder World tours went to the cancer research center and hospital City of Hope. Later on Cyrus became the spokesperson for Viva Glam’s MAC AIDS Fund campaign in 2015. Proceeds from her cosmetic collection were used to support people with AIDS / HIV. She also donated $200,000 and spent $300,000 in an auction during the American Foundation for AIDS Research Los Angeles Inspiration Gala.

She is among the many singers that lent their music to Musicians on Call, a group that plays music to facilitate recovery of patients in hospitals.

Cyrus founded the Happy Hippie Foundation, a non-profit that aims to protect LGBTQ and homeless youth from injustice.

She supports many charities and organizations including the Libby Ross Breast Cancer Foundation, Amnesty International, Blessings in a Backpack, Save the Music Foundation, and The Trevor Project to name a few.

Cyrus’ transformation in 2013 earned her several accolades and mentions. MTV hailed her as their “Artist of the Year”, while Billboard tagged her as the “Most Talked Pop Star” and “Music’s Hottest Minors of 2013” albeit at number 3. Her evolution was billed as the “Top Music Moment” of that year again by Billboard.

Her 2014 appearance on MTV Unplugged gathered 1.7 million views and ranked as among the highest rated episodes. The Queen of Pop Madonna also made an appearance in this episode.