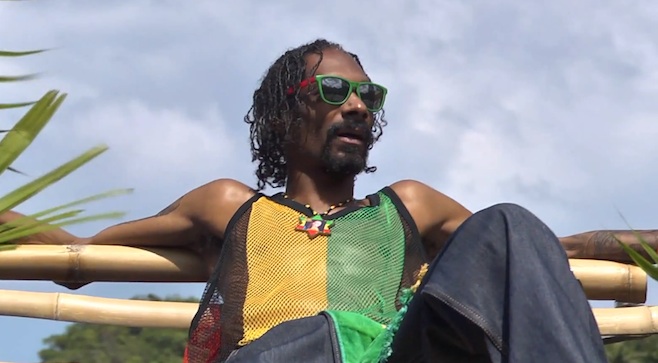 Snoop Dogg is well-known for his calm vocals and an undying love for weed. Starting off strong and raking in millions with his “gangsta” persona, Snoop Dogg then recently changed his musical direction and became known as Snoop Lion. And that change was still welcomed by fans with open arms.

Read on and find out how Snoop D.O. double G became rich and successful.

How did Snoop Dogg make his money & wealth

Calvin Cordozar Broadus Jr. was born on October 20, 1971 in Long Beach, California to Vernell Varnando and Beverly Tate Broadus. He was named after his stepfather Calvin Sr. and his biological father was not around throughout the boy’s life. Due to many differences his mother and stepfather separated in 1975.

His relatives gave him the nickname “Snoopy” due to his lanky build and sleepy appearance that (according to them) made him resemble Charlie Brown’s dog.  He was exposed to music at an early age due to his participation at the choir of Golgotha Trinity Baptist Church where sang and played the piano. The young Snoop Dogg grew up to be polite and did well at school.

Things began to change as he reached middle school. Snoop Dogg was exposed to rap music and took a liking to the genre. Unfortunately many of the young rappers in Long Beach were also entangled with drugs and gangs. Snoop Dogg eventually joined the Rollin’ 20 Crips and became involved with drug peddling. He was repeatedly arrested for drug possession but did his best to focus on pursuing his dream of being a rapper.

Snoop Dogg teamed up with his rap-loving cousins and formed a group named 213. They managed to come up with a couple of mixtapes with one heard by the legendary rapper Dr. Dre. Snoop Dogg was summoned for an audition and there began his journey towards rap stardom. 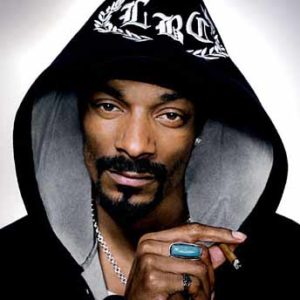 November 1996 saw the release of his second album The Doggfather but failed to match the success of its predecessor. Even Dr. Dre had mixed feelings towards it. His third album Da Game Is to Be Sold, Not to Be Told hit the shelves on August 04, 1998 and it marked the first time he used the name Snoop Dogg. It amassed lukewarm reviews from critics and was regarded by many as among his worst albums. His next two albums No Limit Top Dogg and Tha Last Meal, released in 1999 and 2000 respectively, fared better in the ears of fans and critics alike. By this time Snoop Dogg shifted his persona away from being a “gangsta”.

Paid tha Cost to Be da Bo$$ was Snoop Dogg’s next album in 2002 which again amassed positive reviews. His 2004 album R&G (Rhythm & Gangsta): The Masterpiece contained chart-topping singles like “Signs” and “Drop It Like It’s Hot”. The rapper maintained positive critical momentum in his 2006 The Blue Carpet Treatment and Ego Trippin’ in 2008. Unfortunately his 2009 album Malice n Wonderland fell flat on mixed reception and did not fare well on the charts. It was reissued the following year as More Malice with the inclusion of new songs and a short film.

Doggumentary was released in 2011 and again received moderate praise. Snoop Dogg then began to question his life’s path of gangs and guns. He embarked on a journey to Jamaica with a film crew and there he was exposed to the Rastafari movement. Snoop Dogg embraced the new belief and was baptized with a new name “Snoop Lion”. Under the new persona Snoop Dogg vowed to utilize his musical talent in spreading happiness and love to the masses. He released Reincarnated in 2013 which featured reggae music. It peaked the Top Reggae Albums chart of Billboard for quite some time but it only managed to gain moderate praise. He also released a documentary of the same name which detailed his conversion with a lot of weed smoking.

Snoop Dogg’s latest album Bush was released in 2015 and served as the continuation of Reincarnated. It was well-received by critics compared to its predecessor.

Snoop Dogg’s earnings from his albums are backed up by his other ventures. He founded Snoopadelic Films in 2005 which released and endorsed Snoop-centric documentaries and short films.   He had a reality series titled Snoop Dogg’s Father Hood which ran for 18 episodes.

He also invested on Eaze in April 2015, a service that delivers marijuana to the customer’s doorstep a la Uber. Six months later he founded Merry Jane, an online platform that focuses on everything cannabis, with media entrepreneur Ted Chung. The following month he launched cannabis brand Leafs by Snoop.

Snoop Dogg collaborated with Cashmere Agency and Neon Roots to create the sticker app Snoopify which managed to generate $30,000 in a week in 2013.

Recently there are rumors floating around that Snoop Dogg is considering to buy Roscoe’s Chicken N’ Waffles as the restaurant has declared bankruptcy.

Does Snoop Dogg have kids?

Snoop Dogg’s earnings last year was $10 million. The same goes for his earnings in 2014. 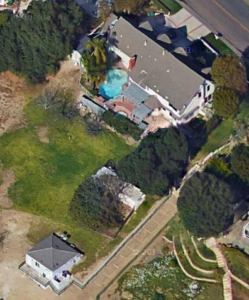 Snoop Dogg resides in a mansion in Diamond Bar, California. Not much is known about his abode, except for the fact that there are two bodyguards sitting in SUV’s outside.

Snoop Dogg started the Mind Gardens project in Jamaica’s underserved communities in partnership with Causes.com and Reed’s Ginger Brew,. It focuses on providing the populace with organic gardens for growing fresh fruit and vegetables. He now works on spreading the project to America.

The Snoop Youth Football League gives thousands of young kids the chance to play football while learning the values of teamwork and sportsmanship.

Snoop Dogg supports dozens of charities like Mission Australia, Orca Network, Save The Music Foundation, The Healing Circle, and Whatever It Takes to name a few. He auctioned off an hour of his time in a recording studio to raise funds for housing organization Habitat for Humanity.

Last 2013 he donated around $2,000 to help in the funeral bills of Tiana Ricks, a 6-year-old girl who was murdered in California.

Snoop Dogg’s 2007 single “It’s the D.O.G.” was initially released as a ringtone before as a track, making him the first artist to ever do so.

His Leafs by Snoop brand makes him the first A-list celebrity to release a mainstream brand of cannabis products.