What Happened To Katamari Games – Past Releases and 2018 Update 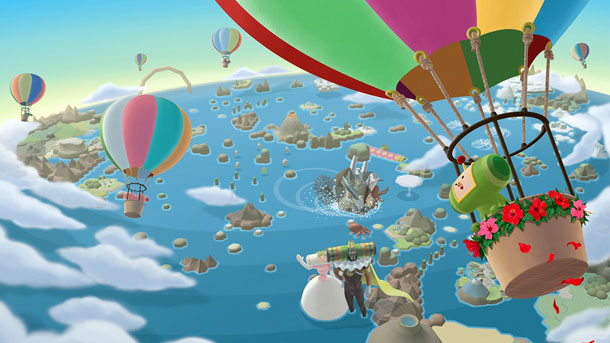 The PS4 has many good games but gamers always love to think about the classics. Katamari is one of those classics that really stood out when it made its debut for the PS2 back in 2004. Katamari Damacy was released for the PS2 almost twelve years ago and it didn’t take long for the game to become popular, especially in Japan where it had been released six months earlier.

Katamari stood out because it was different from all the other games at the time and even today  because we don’t have many games out there where you use a ball to roll objects and get bigger. The series follows a character called The Prince, who uses a ball (katamari) to explore the levels and roll up objects all over the place. In the games, The Prince has to complete the various tasks given to him by the King of All Cosmos. In Katamari Damacy, the King accidentally destroys all the stars and he tells The Prince to help him fix them. The Prince uses a katamari to roll up the objects available in the level. Players control the katamari with the 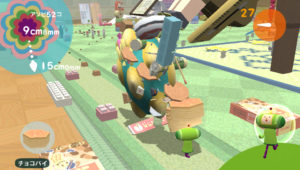 analog sticks. They also have the ability to roll the katamari at high speeds and even do 180 turns.

Throughout the game, The King says a lot of things that don’t make any sense, especially before each stage. But the task is usually the same, reach a certain size before the time displayed. The game doesn’t start with big objects, The Price is given a katamari that is close to his size in the first levels. The small katamari means players can only roll up small objects. But that changes as you complete more levels. The stages also have living creatures, which will attack if you’re smaller than them. Players also have to roll carefully because an attack by a living creature or crash into a large object can sometimes make the katamari lose the items it has grabbed throughout the level.

Players will see The King a lot throughout the game. He appears before each stage and when the player has reached an impressive size. The game’s objective is to reach a certain size before the time, if players do not make it to the size, The King will be very disappointed. If they do, the player can continue rolling and making it bigger. When the stage is complete, the game will tell you how good you did based on the size and how long it took the player to get there.

The game does ask players to complete other tasks, sometimes without a timer. These objectives usually require the player to roll up an object or animal found in the stage. Players can also go back and replay the levels if they want to unlock the rewards. The game also has a book, where players can check their stats and see how much they have completed or the items they have rolled up. Some of the games also feature a two player option, where players can team up to collect objects or compete to see who has the biggest katamari.

Katamari games are popular and have recently appeared for iOS and Android. But the last release for consoles was back in 2009 for the PS3. It’s been a while but a new game has not been announced. The creator from the first two games did announce a new game called Wattam.

Earlier this month, the game was mentioned by a few gaming sites. They reported that Bandai Namco had registered a trademark for Amazing Katamari Damacy. What does that mean? Well, it could be a new Katamari game or a remastered version of the first games. The PS4 is also bringing some PS2 titles to the PS Store, so we can never rule out a surprise Katamari appearance with trophy support and better graphics.