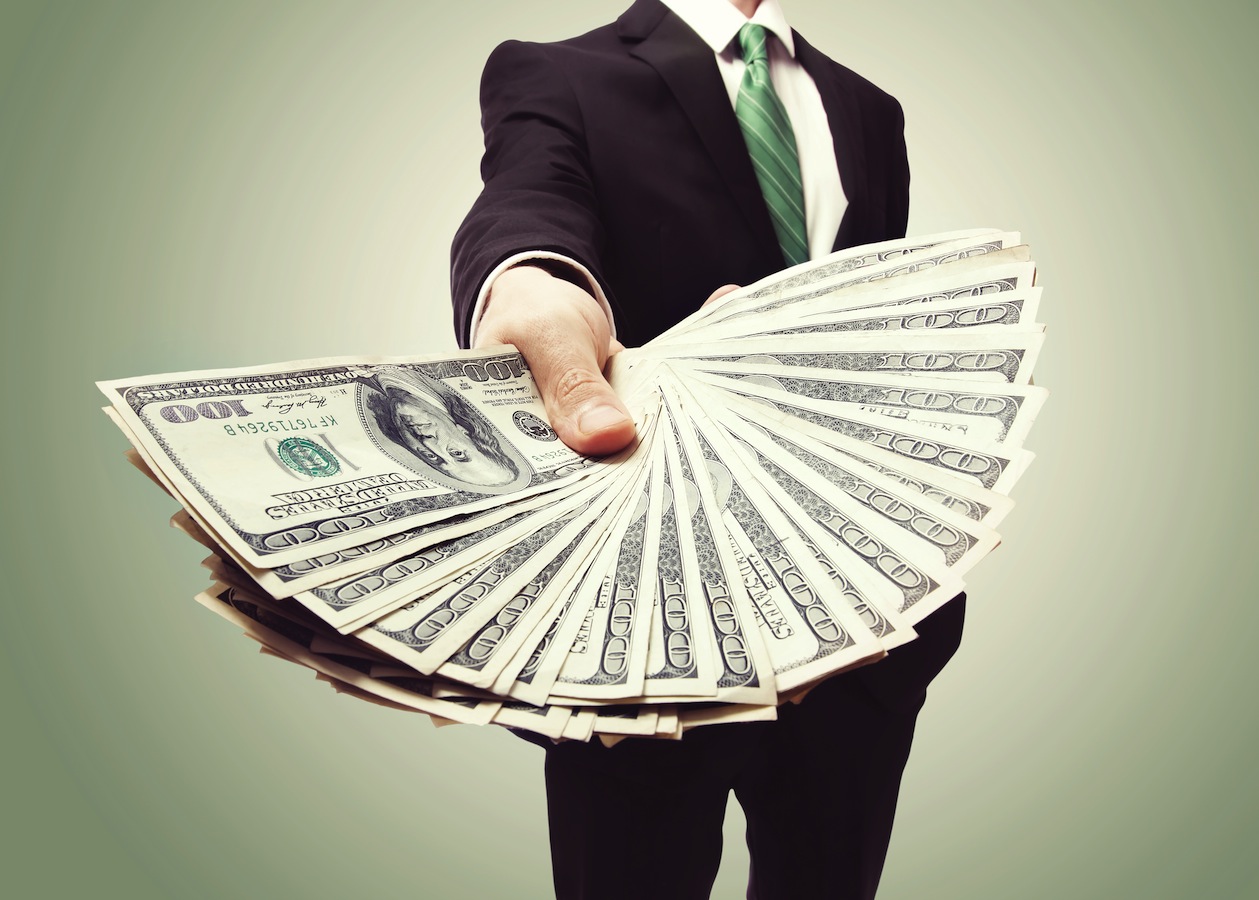 Do you ever wonder if you’d be getting paid more if you were working the same job but living in a different country? Across the world, each country has its own standard when it comes to cost of living, expected salaries, and the cost of buying things. Comparing average salaries across the world’s countries doesn’t paint a full picture of how much money people are truly making in those countries. For example, Australia is known for having a very high minimum wave. However, this is matched by an equally high cost of living. Many Scandinavian countries have seemingly high average salaries, but these are cut into with costly social programs that demand a high amount of citizens’ taxes. Or how about the United States? How does what is known as the richest and most powerful country in the world stack up in terms of the average salaries its residents receive. The following list compares the top ten ranking countries in terms of average salaries in US dollars.

Top 10 Countries With The Highest Salaries In 2016 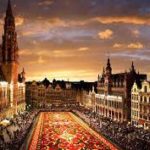 Belgium has a strong, varied economy and a pretty high average salary when compared with other European countries. They have the 25th largest GDP of any country. Beyond that, what seems like the best things about working in Belgium is the benefits that are granted to workers. Employees are given way more paid vacation days and days off than American workers. Salaries in Belgium are paid on a monthly basis, and they are indexed. What this means is that each year the government looks at the cost of typical household items and increases salaries as a percentage of what the cost of those items has increased. Salaries in Belgium are paid monthly, instead of bi-weekly which is more typical in the United States. 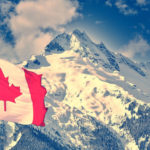 Canada has one of the largest economies in the world, which makes sense because it’s also one of the largest countries in the world in terms of size. It’s rare among developed countries in that it is a net exporter of oil. It has many natural resources and is a powerhouse when it comes to oil and logging. Over the last year or so, its economy has taken a hit with the fall of global oil prices. Since oil is a key factor in Canada’s economy, this has resulted in the Canadian dollar currently being weak when compared with the US dollar. Canada is the second highest producer of oil in the world, behind only Saudi Arabia. Canada also has a strong fishing industry, and is among the world leaders when it comes to software and video game production. Canada’s fairly high average salary also comes with some pretty high taxation when compared with the US. However, this taxing covers free healthcare for all residents, as well as other social benefits. Also, Canadians only work an average of thirty two hours a week, far less than their American counterparts. 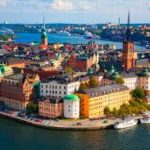 Denmark has a strong and diverse economy that contributes to a high standard of living in the country. Like other Scandinavian countries, they have a high rate of taxation. The money gathered from the high tax rates is used to fund healthcare programs, education, and social programs that benefit the poor. Denmark doesn’t have a minimum wage, but apparently they don’t need one. They have the lowest income inequality of any country in the world. The diversity of Denmark’s economy, combined with its high wages, combined with its good social programs make it one of the best places to be a worker in the world. Denmark has no national debt. They’re owed more by other countries than they owe, overall. 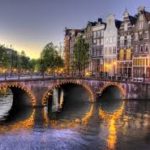 Netherlands is one of the richest countries in the world when it comes to GDP per capita. This usually, and does in this case, lead to high average wages. Netherlands is similar to Denmark in that it has high taxes and deductions that lower take home pay. As we know, this enables them to also provide many free services to citizens. Netherlands has a strong, varied economy that is based on it having the largest port in Europe. Its economy is heavily based on international trade, which is helped by its closeness to countries like Germany and England. The Dutch economy is open, and features pretty low inflation and unemployment. Another factor that makes it good to be a worker in Holland is that the average work week is around 35 hours, lower than the average of around 40 hours that some countries hold. 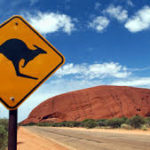 Australia is notable for having a really high minimum wage. The federal minimum wage in Australia is around $17 US dollars an hour, the highest of any country in the world. In fact, it’s more than double what the federal minimum wage is in America. In addition to that, full time in Australia is defined as 35 hours a week, and anything more than that is overtime. Australia has the 12th biggest economy in the world when it comes to GDP, and has the 5th highest GDP per capita. Their economy is largely centred around the service industry. However, Australia is also known for having put a big focus on their exporting. They export a huge amount of food, oil, and materials. They’re known for not relying on importing goods from other countries very much. 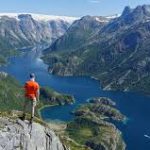 Norway, like Denmark and Netherlands, has found success using socialist economic policies. In the case of Norway, this is aided by the fact that it is a country that is rich in natural resources. Norway has an abundance of oil, forests, and other natural resources. They, like the above countries, have high taxes but also high-quality free healthcare services and higher education. They have a low rate of unemployment and a consistently productive workforce. Some of this may have to do with the fact that they have a different definition of what full time work means compared to much of the world. In Norway, there’s a mandatory work week of only thirty hours, which gives workers plenty of time to find fulfilment in other areas of their lives. 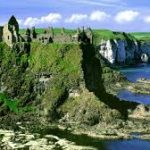 Ireland is known for having some of the highest quality of life in the world, as well as for being one of the most economically free countries in the world. It is the agricultural centre of the United Kingdom, but its economy also relies on Ireland’s strong technology industry. Ireland has a knowledge-based economy, with many high technology companies, as well as some of the biggest video game companies in the world. In addition to high average salaries in Ireland, they have the lowest taxation and deductions in all of Europe. This means that the take home pay of Irish workers is high, making Ireland a great place to work in a number of industries. 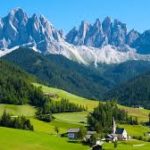 When we think of Switzerland, we often think of high quality items of ours that are exported from the country. This is because Switzerland’s economy is based largely on manufacturing, and they are said to have the most vital manufacturing sector in all of Europe. Health and pharmaceutical goods, chemicals, watches, measurement instruments, and musical instruments are among the items that are made in Switzerland that are in demand across the world. Of course its economy is also reliant on banking, with foreign investment making up a big chunk of their economy. They also have a tourism-based economy. Switzerland is considered one of the most economically innovative countries in the world. They have a really high per capita income rates, low instances of unemployment, and they generally carry a balanced budget. These perks come at the cost of a generally very high cost of living and high taxes on wages. 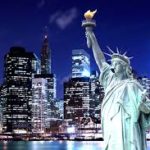 Luxembourg is by far the smallest country on this list, both in terms of size and population. The economy in Luxembourg is largely based on banking and investment, as you could probably predict. In fact, they are second only to the United States as an investment fund centre. Many big internet-based companies have made Luxembourg their country of residence, including Amazon and Skype. In years past, Luxembourg was one of the world’s great steel producers. They’re not Europe’s primary steel manufacturer any more, but they still do a fair amount of manufacturing. Many chemicals, different kinds of rubber, and industrial machinery is made in Luxembourg. They have income tax rates in line with those of countries like Norway and Denmark. This means that while their average salary is the highest in the world, the average take home pay isn’t as high as in some other countries, by comparison.