What Happened to Helen Hunt – 2023 Updates 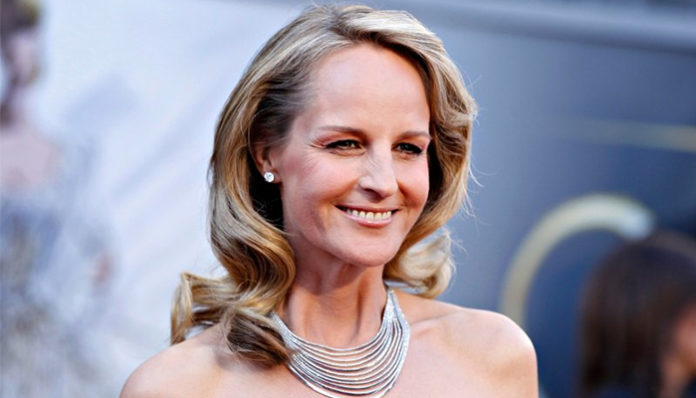 Perhaps one of Helen Hunt’s most well-known roles on-screen is that of Carol Connelly in the romantic comedy, As Good as it Gets. The daughter of a stage director, she began to act in various plays during her early childhood. Coached by her father, Hunt made her first television appearance in the TV film, Pioneer Woman (1973) at the age of ten. By then, she had already been studying drama for a couple of years and had been working with an agent. From there, she went on to appear in a handful of series including Amy Prentiss (1974), All Together Now (1975), Dead Scream (1975), and Ark II (1976). Around that same time, the young actress also made her big screen debut in the adventure film, The Swiss Family Robinson (1975). Continuing to take part in a variety of television series and films throughout the rest of the 70’s and 80’s, it wasn’t until the early 90’s, when she was in her late twenties, that Hunt received a big break when she was cast in the sitcom, Mad About You (1992).

Her first major role on televisionーdespite having made her debut back in the 1970’sーher portrayal of Jamie Buchman in the sitcom garnered her much fame and attention as an actress. Praised by critics and viewers alike for her stunning performance, Hunt received numerous accolades during its run including a Golden Globe Award (e.g. Best Actress – Television Series Musical or Comedy), a Primetime Emmy Award (e.g. Outstanding Lead Actress in a Comedy Series), and a Screen Actors Award (e.g. Outstanding Performance by a Female Actor in a Comedy Series), amongst many other nominations. Since then, she has gone on to star in a number of high profile films including Twister (1996), As Good as it Gets (1997), and The Sessions (2012)ーall of which have also earned her several industry awards. To date, Hunt has appeared in well over 90 different roles on both television and film.

Besides her on-screen time as an actress, Hunt has also been featured in many documentaries over the years including Mel Gibson and What Women Want (2001), RSC Meets USA: Working Shakespeare (2005), Where Words Prevail (2005), and Who Do You Think You Are? (2012). On top of that, she has been invited on to countless TV talk shows such as The Rosie O’Donnell Show (2000), Late Night with Conan O’Brien (2001), Charlie Rose (2003), Entertainment Tonight (2008), and The Late Late Show with Craig Ferguson (2011). In 2007, she even made her directorial debut with the comedy drama film, Then She Found Meーwhich she also starred in alongside actors Bette Midler, Colin Firth and Matthew Broderick.

So what has the four-time Golden Globe Award-winning actress been up to these days? What are some of her latest TV and film roles? What happened to Helen Hunt? Where is she now in 2018? 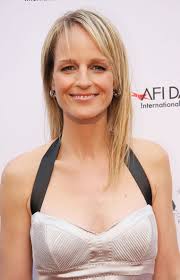 Born on June 15, 1963, in Culver City, California, Helen Elizabeth Hunt is the daughter of Gordon Hunt, and Jane Elizabethーthe former of whom worked as an acting coach and a film director. When he was still a toddler, her family moved to New York City, where her father worked at a local theater. Due to his work, Hunt often took part in various plays as a young girl. Having decided that she wanted to pursue a career in acting when she was still in grade school, she soon began studying drama under her father’s guidance. By the time she was nine, she had secured a talent agent and had landed her first professional role in the made-for-television film, Pioneer Woman (1973). The next year, she was cast as a minor recurring character in the crime drama, Amy Prentiss (1974).

Over the next years, Hunt continued to make small, minor appearances in a number of television series including All Together Now (1975), Death Scream (1975), Swiss Family Robinson (1975), Ark II (1976), Mary Tyler Moore (1977), The Bionic Woman (1978), and The Facts of Life (1980). In terms of the big screen, the blonde made her big screen debut in the adventure film, The Swiss Family Robinson (1975) at the age of twelve. While she continued to appear in a variety of television series and films over the next years, most of the roles that she played on-screen earned her little, if any, recognition as an actress. It wasn’t until the early 1980’s, that Hunt landed bigger roles in St. Elsewhere (1982) and Quarterback Princess (1983). Moving onto playing supporting roles in the mid to late 1980’s, it wasn’t until the early 1990’s that she received a well-deserved break in her careerーin 1992, she was cast as the lead character in the NBC sitcom, Mad About You. 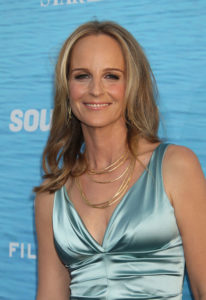 Originally premiered on September 23, 1992 on NBC, Mad About You centred around the lives of a pair of newlywedsーJamie Stemple Buchman (played by Hunt), a public relations specialist, and Paul Buchman (played by Paul Reiser), a filmmaker in New York City. Well received by critics upon its release, many praised the sitcom for its comedic moments and spectacular acting. Aside from Hunt and Reiser, the series also featured Anne Ramsay, Leila Kenzie, John Pankow and Richard Kind in its cast.

The actress’ first major role on television, her portrayal of the female lead garnered her much applause and recognition in the entertainment industry. In fact, it even went as far as earning her a Golden Globe Award, a Screen Actors Guild Award, and a Primetime Emmy Award. After over 170 episodes, Mad About You aired its final episode on May 24, 1999.

Propelled into stardom, Hunt soon found herself landing bigger film roles in the latter half of the 1990’s. In the summer of 1996, the actress starred in Twister alongside Bill Paxton, Jami Gertz and Cary Elwes. Featuring a screenplay by Anne-Marie Martin and Michael Crichton, it revolved around two advanced storm chasers, Jo and Bill Harding, who find themselves in the crosshairs of violent tornadoes in attempts to create a new, highly advanced weather alert system. Released in theatres on May 17, 1996, Twister earned over $41 million during its opening weekend and ranked at number one at the box office.

The second-highest earning film of its year, it eventually went on to gross $494 million worldwide from a production budget of $92 millionーmaking it a huge commercial success. Noted for being the last feature film to be released on HD DVD and the first to be released via DVD, Twister was later nominated for Two Academy Awards for the categories of “Best Visual Effects” and “Best Sound”. For her portrayal of Dr. Jo Harding, a highly dedicated meteorologist, Hunt received a Blockbuster Entertainment Award for “Favourite Actress in an Action/Adventure Film” later that year.

The following year, Hunt starred in the blockbuster, As Good as it Gets (1997). Starring the actress as Carol Connellyーa single mother with a chronically ill sonーit told the story of her unlikely relationship with a misanthropic author, and a gay artist. Upon its release on December 23, 1997, As Good as it Gets earned over $12 million and quickly became a box office hit; by the end of its theatrical run, it had grossed more than $314 million.

Included in Empire Magazine’s list of “500 Greatest Movies of All Time”, the film was met with nothing but favourable reviews, many viewers praising it for its effective screenplay and brilliant acting. Aside from Hunt, who portrayed the role of Carol, As Good as it Gets also starred Jack Nicholson, Greg Kinnear, Cuba Gooding, Jr., Julie Benz, and Shirley Knight. Nominated for seven Academy Awards, one of which ended up being a win for the actress, the film also earned her a Screen Actors Guild Award, a Satellite Award, a Golden Globe Award, amongst a handful of others. 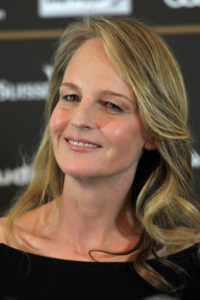 In 2007, the actress was cast as the lead role in the comedy drama film, Then She Found Me. Based loosely on a book of the same title by Elinor Lipman, it also served as Hunt’s directorial debut. Released in the United States on April 25, 2008, it followed the life of a New York school teacher named April Epner (played by Hunter), as she hits a midlife crisis following the departure of her husband and the passing of her adoptive mother; her life only gets crazier after a woman materializes claiming to be her biological mother.

Premiered at the Toronto International Film Festival that year, it enjoyed a limited theatrical release in the spring of 2008. Although initial responses to the movie were mixed, it did manage to gross over $8.4 million at the box office worldwide. Co-written by Hunt, Then She Found Me‘s cast list also included actors Bette Midler, Collin Firth, and Matthew Broderick. Applauded for her directorial work, the actress was given an Award by the Alliance of Women Film Journalist for “Best Leap from Actress to Director” in 2007.

In November 2012, Hunt starred in the independent drama film, The Sessions. Based on On Seeing a Sex Surrogate, it depicted the story of a paralyzed poet who hires the help of a sex surrogate, in order to lose his virginity. Premiered at the Sundance Film Festival to a positive reception, The Sessions featured Hunt as Cheryl Cohen-Greene, a professional sex surrogate and actor John Hawkes as the male lead, Mark O’Brienーa man who has been paralyzed due to complications from the polio disease. Despite having been a low budget indie movie, The Sessions went on to become a considerable success, grossing over $9 million from a production budget of $1 million. Described as  “uniformly terrific” by critics, it later received an Audience Award and a Special Jury Prize at the Sundance event. Another pleasant performance by Hunt, her role in the film also earned her multiple recognitions including an Independent Spirits Award, a BAFTA Award, and numerous others.

In 2018, she starred in The Miracle Season alongside Danika Yarosh, Erin Moriarty, and William Hunt. Based on a true story about the Iowa City West High School volleyball team, it was released in theaters on April 6, 2018, and saw Hunt playing the role of Kathy Bresnahan, the team’s volleyball coach.

The following year, she joined the cast of World on Fire, a BBC series that follows the hidden lives of ordinary people from Germany, Britain, France, Poland, and the United States during WWII. She also reprised her role of Jamie Buchman in the revival of Mad About You, which premiered on November 20, 2019.

From there, she starred alongside Tye Sheridan in the 2020 crime drama film The Night Clerk.  It was also reported that she would be playing a lead role in Rafael Casal and Daveed Diggs’ Blindspotting, which is based on their 2018 movie of the same name.

In addition to that, she appeared in the 2021 comedy film How It Ends. On television, she was also a guest on The Kelly Clarkson Show, The Late Late Show with James Corden, Celebrity Page, The Talk, and Entertainment Tonight.

Fast forward to 2022 and she starred in the European premiere of Eureka Day, which took place in London’s The Old Vic theatre. She also narrated the TV series Meet Marry Murder, appeared on The One Show and starred in the podcast series Solar.

And according to IMDb, she will be starring in an upcoming film titled A Patriot, which is currently in the pre-production stages. Other cast members include Eva Green, Charles Dance, and Scott Williams.