What Happened To The Group Hanson – Recent Updates 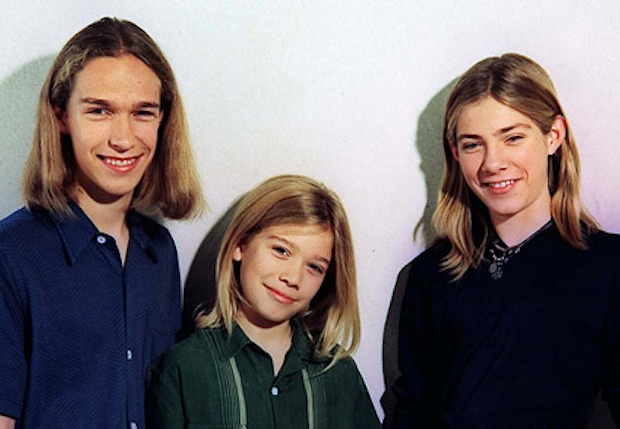 “One-hit wonder”, the term most people I talked to used when describing Hanson, usually invokes images of an obscure musical act hitting it big and then fading into the oblivion of average, everyday, non-celebrity life with the rest of us. However, as illustrated by the careers of the Hanson brothers, the fact that they will never likely be as famous as they once were doesn’t mean that they have given up on their trade.

The Beginning of Hanson

The Hanson trio of Isaac, Taylor and Zac, three siblings, began their professional music careers in 1992, while the oldest of them (Isaac) was only 11, and the youngest (Zac) being at the tender age of 6. They performed at different venues and gained a moderate level of notoriety not only due to their youthfulness but also their genuine talents since, in addition to being able to sing, the boys were also skilled in musical instruments – with Isaac playing guitar, Taylor keyboard and Zac drumming – and all three having a background on the piano. While shopping for a record deal they were turned down by a number of companies due to a general lack of faith many people have in child bands, as some suspected them of being “either a novelty or fraud”, but eventually, after a couple of independent album releases and staying diligent in touring and doing live performances, Hanson finally scored a contract with Mercury Records in 1996. 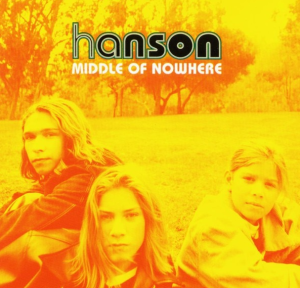 This deal turned out to be a major, perhaps unexpected-in-magnitude success for all parties involved, because Hanson’s first album under Mercury, Middle of Nowhere (1997), featured the remake of a song, MMMBop, that Hanson had previously recorded on their own but redid to be featured on this new, mainstream project. MMMBop went on to become one of the biggest singles of the 90s – amazingly reaching number 1 in 27 countries – and was the primary impetus behind Middle of Nowhere, an album that, including their smash hit, was “written entirely by the (very young) Hanson brothers”, selling over 10 million copies worldwide and receiving three Grammy nominations. And the Hanson boys, who favored a long-hair, rural look (hailing from Oklahoma, a place more associated with farms than music) instantly became pop icons and actually performed on America’s biggest music stage, the Grammy Awards, in 1998.

The Fall of Hanson

It’s easy to argue that Hanson’s dip in popularity was due to what seems to inevitably happen to all mega-successful boy bands, in that they started to age, and fans started to lose interest. However Hanson never had a legitimate chance to perpetuate their standing at the top due to internal issues at their record label, which is perhaps the worst nightmare of any popular music artist. Hanson re-released an indie album they put together in 1996, this time under Mercury Records in 1998, but by the time they had completed a collection of new material in 2000, entitled This Time Around, Mercury had merged with the Island Def Jam Music Group, and Island Def Jam apparently were not overly interested in promoting Hanson. As such album sales were low, and the label even refused to fund Hanson’s accompanying tour, which of course didn’t help in bigging up the album nor the group in general. However Hanson still went on tour to push This Time Around in 2000 – using their own money – and this state of affairs pretty much set the tone for what was to become of the rest of their careers.

Hanson is a group that, despite striking gold at an age when most of us were in middle school and now being grown men, are still dedicated to the passions of their childhood. The Hanson brothers went from being an unsigned pre-pubescent boy band to reaching a level of success so significant that they even have an annual holiday in their honor – that is still practiced to this day – in their hometown of Tulsa, Oklahoma, to once again being independent artists, though now signed to a label that they founded and own. It’s improbable that Hanson will ever reclaim the level of phenomenal success they had in the 1990s, but since then they have amassed a catalog consisting of 8 albums that were able to make it onto the US Billboard top 40, even though most of those projects were independent, including their most recent one, Anthem (2013), as well as maintaining a robust and devoted fan base.

Hanson still tours, most recently in 2015 during the Roots & Rock N’ Roll Tour which they headlined. Despite the fact that they are only in their 30s, Hanson has been around for so long that some of their current fans weren’t even born when MMMBop was released and don’t even know how the song sounds. Hanson has also put their previous writing success to use by co-writing the songs of other musicians and have also been featured on a couple of albums by popular artists in 2015, in addition to regularly making television appearances and staying devoted to promoting international charity events, some of which they established themselves.

However at the end of the day being devoted husbands and fathers, with all of the brothers now being married and having a total of 11 children between them, as well as ever-diminishing popularity has minimized Hanson’s involvement in the music industry. In spite of this they have been able to capitalize on their notoriety in recent times by using their already-established brand to delve into other business ventures, selling products as diverse as guitars to board games to beer, and we can expect going into 2016 and beyond that the trio will remain at least marginally active in the music industry, as there has even been talk of the sons of the Hanson brothers eventually forming their own band.