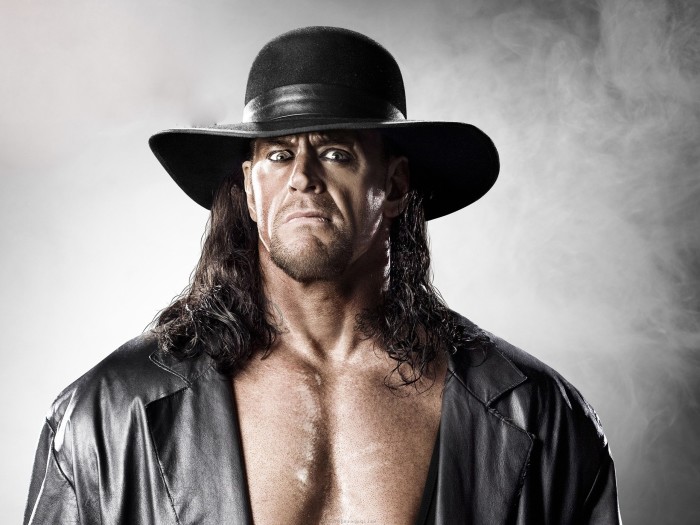 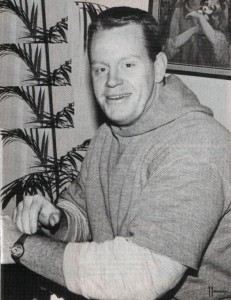 The early life of Mark William Calaway, The Undertaker as he is better known these days, was a long way from the professional wrestling super stardom he achieved in later years.

He was born March 24, 1965, to Frank and Betty Calaway in Houston, Texas. He grew into a tall well-built young man with an early interest in sports. Teenage Mark played basketball for Waltrip high school before graduating in 1983. After that, he attended Texas Wesleyan University and continued his interest in the sport, playing basketball there on a scholarship. He had plans to play the sport professionally in Europe but it was not to be. A knee injury ended his fledgling basketball career and he looked elsewhere for career opportunities.

Before The Undertaker – Mark Calaway’s Early Years in Wrestling

It wasn’t long before the World of professional wrestler called to the six feet eight inch Calaway and at nineteen he got his first taste of the Wrestling game.

Billed as ‘Texas Red’, he appeared for his début match as a masked and low profile opponent to the veteran wild man Bruiser Brody. It took place at a World Class Championship Wrestling (WCCW) event held at the Dallas Sportatorium. Texas Red was little more than a sparring partner for the wild-haired chain swinging veteran and young Calaway spent most of the two minute long match either tied up in the ropes, struggling to get up or struggling not to get beat up. It was over almost before it had begun and Calaway’s manager, Percy Pringle the third, helped the young rookie to his feet when it was over.

Calaway continued wrestling for the WCCW for several years, gaining experience and ability. Unfortunately, despite his athletic grace and the high-flying moves that the big man performed so effortlessly, he was unable to lift himself into a more prominent position within the business.

The problem for him wasn’t a lack of ability or fitness, but the lack of a decent persona for the wrestling fans to love or hate. His naturally piercing gaze was usually hidden beneath his mask and the fans never really got to know the character behind it. The big wrestler didn’t stand out and his masked persona left little room for character development. His work with the WCCW was sporadic and irregular for the next few years and despite trying out some other short-lived characters, nothing really stood out about any of them.

In 1989 he ditched the mask and revealed another character, the Master of Pain. He had a new back-story that revealed he had recently been released from an Atlanta jail after being convicted of a double murder. Unfortunately, the inexperienced Calaway’s natural presence and speaking abilities in front of a microphone were still not as impressive as his physical abilities. Master of Pain failed to make much of an impact despite making short work of all his opponents and the character soon disappeared into oblivion.

Cycling through a few different names and characters, Mean Mark Callous and The Punisher amongst them, Calaway still failed to get the attention of the fans. He wasn’t entirely without success during this time in his matches, a reliable athlete with an impressive bulk and growing technical skill, his ability and athleticism helped to gain him a World title match where he took on and beat the much loved Jerry Lawler to win the CWA World title. Unfortunately, the title recognition he achieved was short-lived, Lawler gained it back from him three weeks later in the rematch.

The Undertaker is Born – Wrestling at the WWF/WWE

In 1990, after a brief stint in World Championship Wrestling (WCW), Calaway finally gained enough exposure to help him get into the World Wrestling Federation (WWF), which later became the WWE.

He made his WWF début in November 1990 under the name Kane the Undertaker as a mystery member of Ted DiBiase’s million dollar team. Calaway was given no lines and intimidated his opponents with only his menacing glare. The character was making an impression on the fans but there was still something missing. Shortly afterwards ‘Kane’ was dropped and Calaway became known simply as ‘The Undertaker’.

His first milestone performance for the WWF came during the 1991 Royal Rumble where he impressed fans on the main stage for the first time with his athleticism and brute strength, he was eventually eliminated from the match by the combined power of both members of The Legion of Doom. They clothes lined him over the top rope but he landed gracefully on his feet and still seemed to be invincible. Judging from the noise he produced from the crowd, the fans loved him.

At the same time as Calaway was beginning to make a name for himself at the WWF, he was about to cross paths with an old associate, Percy Pringle III, The Undertaker’s very first manager during his Texas Red days. Pringle, real name William Moody, had remained a part-time wrestling manager throughout the eighties and had recently been introduced to Vince McMahon by another of his former charges, Rick Rude. McMahon signed Moody up to work in the WWF but was unsure where to place him. Moody had other strings to his bow besides Wrestling management however, and had become a certified mortician and embalmer during the eighties. That gave McMahon the idea to re-ignite Moody’s partnership with The Undertaker.

Paul Bearer and The Undertaker – A Swift Rise to Fame

Moody was renamed Paul Bearer and to the accompaniment of spooky organ music, he would slowly draw the silent and menacing Undertaker from mysterious swirling mists of backstage. Using only an eerily smoking urn with some strange hypnotic power over the wrestler, he would draw the silent giant slowly towards the ring. The electricity in the performance between the Undertaker and his new manager was spellbinding, and it was an instant hit.

Paul Bearer was wonderfully over-acted, with his creaky warbling voice and dramatic gestures. Moody would take on the speaking element of the duo’s promotions and Calaway concentrated on looking menacing and mysterious. It worked superbly, the mysterious aura that built up around the Undertaker was the way for him to achieve the recognition that had always eluded him. The fans loved the character and the creepy, yet tongue in cheek performance of Paul Bearer. The partnership became a regular feature on the WWF, and soon had a large and loyal following.

The 1990’s were the golden years for the Undertaker. Constantly involved in the many story-lines that keep wrestling so beloved to its legions of adoring fans, he was at the forefront of much of the action and a legend in the making. The routine between the Undertaker and Paul Bearer changed over the years, the swirling mists the Undertaker appeared from were replaced with a large coffin, his costume became sleeker and darker, but the fundamentally mysterious nature of the relationship between the two remained unchanged for several years.

Inevitably, the story-lines eventually demanded that their tight partnership be broken up and the Undertaker moved on. Gradually, some of the lingering mystery surrounding the Undertaker was explained, new facets to his character were developed and new layers of mystery were added, others were simply discarded. Paul Bearer got his own interview segment on the show and the Undertaker joined him from time to time.

A Long Career and a Long List of Injuries.

Although his career was at its peak in terms of success, the hard World of professional wrestling gradually began to take its toll on Calaway as the years and the successes went by.

He began suffering back problems as early as 1994 and they have remained a constant obstacle to his career ever since. In 1995 he received a serious facial injury and a fractured eye-socket causing a year-long recuperation period during which he reverted back to a masked character to hide the injury. In 1998 a shattered ankle prompted the first of many suggestions that the Undertaker may be forced to retire.

His ongoing back problems may have been the partial cause of his sudden weight gain around 2000. By 2002 he had managed to achieve a fitter looking physique but the years of pain and strain were beginning to be permanently stamped on his face.

Still the Undertaker carried on performing at the top of his sport throughout the new Millennium, but the injuries continued. His hip problems, long present but exacerbated by years of physical punishment have become more prominent for Calaway in recent years and he underwent hip resurfacing surgery in 2009.

The eye-socket injury that he received in 1995, was aggravated in 2010 and the Undertaker has reduced vision these days as a result. Its not just years of demanding wrestling and training that have affected his health, in 2010 a pyrotechnics display mishap left the Undertaker with second degree burns to his legs.

I’ve only listed the more traumatic injuries that this resilient athlete has conquered. Many of them would have ended a professional athletes career, but the Undertaker kept going through them all. There are a host of other minor injuries he has suffered over the years that are almost too many to count. The torn groin or the pectoral tear barely deserve a mention in comparison to such a list of potentially career-ending mishaps. The retirement rumors have continued every year since 2000 but still the Undertaker has continued performing at the top level of his sport.

The Undertaker is still wrestling today, currently involved in a storyline that involves a feud between himself and Shane McMahon, Vince’s son. Away from the storyline, Vince McMahon and Calaway have always respected each other professionally and personally and their partnership has served them both well. The professional respect that Calaway has earned from McMahon is shared by his fellow atheletes. Widespread and genuine commendations of The Undertaker’s committment and ability are sincerely expressed by many of his greatest rivals.

However, there is an air of nostalgia about the Undertaker in 2016. After such a momentous and long-lasting career, the wrestling World recently has begun to give in to the unavoidable but painful truth. The Undertaker has had his day, the age is showing in the legendary veteran and these days, he clearly is a shadow of his former self. He seems weighed down by the tremendous damage his body has taken and it won’t be too much longer before he hangs up the big black hat for good. Mark Calaway, forever immortalized as The Undertaker, leaves behind a legacy of 25 years of entertainment and wrestling history that more than one generation of wrestling fans will never forget.

Amongst the vast amount of success that the Undertaker has achieved throughout his long and legendary career, his 23 year long winning streak at the WWF/WWE premier annual event has to be the most respected and revered. Lasting from 1991 to 2014, the achievement has become famous in its own right and is simply referred to as ‘The Streak’ by wrestling fans.