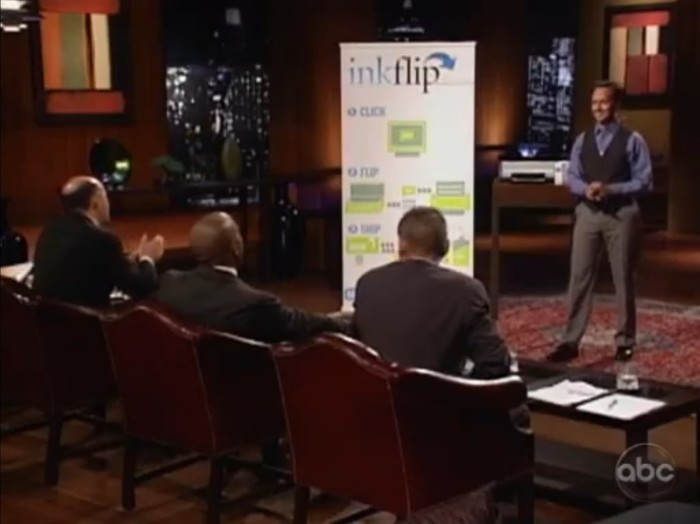 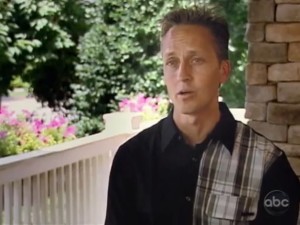 Andy Sperry is from Franklin, Tennessee, and he started a business called Ink Flip. Andy Sperry states that his product will simplify the life of anyone that uses a computer printer. According to Andy Sperry, Ink Flip customers save money, save time and also do something great for the environment by not wasting ink cartridges. Ink Flip can be seen as an online movie rental company, but instead of movies, you “rent” ink and ink cartridges.

Andy Sperry states that when he was in corporate America, he realized the only way he was going to get really ahead financially, was if he became his own boss. Andy Sperry claims that a lot of people can relate to the fact that he and his wife have been dealing with difficult financial times. Andy Sperry and his wife realized that together as a team, they needed to make getting out of debt the priority for themselves, and for the future of their kids.

Andy Sperry also states that he simply needs to get the word out about Ink Flip, and that he is very certain that people are going to love it. He needs the financial backing and expertise of the Sharks in order to really get his own business off the ground.

“Andy Sperry walks confidently and stands in front of the Sharks”

Andy Sperry starts his presentation by introducing himself to the Sharks, telling the Sharks his name and that he is seeking an investment of one hundred and fifty thousand dollars, in exchange for a twenty percent stake in his company called Ink Flip.

Andy Sperry continues by stating that about a year ago, he was in the process of putting the final touches on the biggest presentation of his life. He states that he was printing the handouts for his meeting, when he came across a situation that millions of Americans can relate to, which is that his printer ran out of ink.

Andy Sperry answers the question by saying that customers will have to go to the Ink Flip website and order their very first Ink Flip cartridge. That way, you will always have a backup cartridge at home, so the next time you run out of ink, you can simply start sending your empty ink cartridge back to Ink Flip.

Andy Sperry answers the question by saying that printer manufactures can’t require you to use their products, which is why the ink cartridge refill business is huge. Andy Sperry states that he is currently located in a ten billion dollar market.

“Robert Herjavec asks Andy Sperry if he already has sales”

Kevin O’Leary states that he is going to keep things very easy by using simple math, just to be able to see if Ink Flip is going to make any money.

“Kevin O’Leary asks Andy Sperry how many times an average customer sends back his Ink Flip box, in order to get his or her ink cartridge refilled”

Andy Sperry answers the question by saying that industry statistics show that the average printer owner is going to use seven cartridges a year.

Andy Sperry answers the question by saying that he makes eight to ten dollars per refilled ink cartridge.

Kevin O’Leary states that he will take ten dollars as an average, which means that each customer makes Ink Flip seventy dollars a year.

Andy Sperry answers the question by saying that he is going to be honest and that he doesn’t know the answer to that question. Andy Sperry continues by stating that he is at Shark Tank in order get help from the Sharks, in the form of their expertise.

“Kevin O’Leary states that Andy Sperry just gave the wrong answer, and that there is a lightning bolt on its way down to hit Andy Sperry”

Robert Herjavec states that Andy Sperry’s business model is predicated on getting customers; however, Andy Sperry does not know the costs to acquire those customers.

Andy Sperry states that he is in front of the Sharks to receive an investment from them, in order to be able to get some marketing going for Ink Flip.

Andy Sperry answers the question by saying that he has invested about fifty thousand dollars in Ink Flip so far. 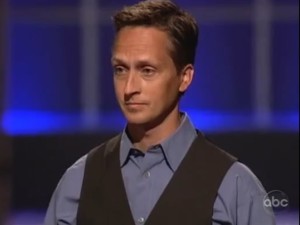 Andy Sperry answers the question by saying that there is a reason why he needs the help of a Shark, because that Shark would be sitting at the part of the table where he has an opportunity to invest money and take the risk. Andy Sperry states that he doesn’t have that luxury, because he simply doesn’t have the money for it.

Daymond John states that he doesn’t think that Andy Sperry has enough education and that Ink Flip does not have proprietary products. Daymond John continues by stating that he finds it too risky to invest in Ink Flip, and for that reason, he is out as well. Kevin Harrington states that it is too risky for him as well, which is why he is out.

Andy Sperry answers the question by saying that he already knew his biggest problem was that he didn’t know how much it would cost him to acquire more customers. Andy Sperry continues by stating that he knew he had to find out by spending money on marketing, but he was not willing to risk more money, in order to keep his family in a financially safe spot.

At the end interview, Andy Sperry states that if people are going to appear on Shark Tank, they better do their homework and come prepared. 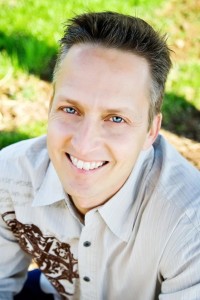 Andy Sperry experienced one of the most common problems that a printer owner experiences every now and then, which is that the ink runs out at the most random times. Andy Sperry appeared on Shark Tank, hoping to get an investment from the Sharks, not just financially, but also expertise wise.

Unfortunately, Andy Sperry was not able to secure an investment from any of the Sharks, due to the fact that he didn’t know how much it costs to acquire new customers, which was the most important question that the Sharks wanted an answer to. There is no mention of Ink Flip being the best or worst on Shark Tank. The reason why none of the Sharks wanted to invest in Ink Flip is because they thought the company was too premature, and that Andy Sperry had a lot to learn if he wanted to make his company successful and profitable.

Even though Andy Sperry wasn’t able to secure an investment from any of the Sharks, it appears that his company is still up and running. You can access the Ink Flip website by going to their website at http://www.inkflip.com.

I must admit that the website looks pretty outdated and old-fashioned, compared to the technology that is available today. For this reason, I researched if there were any Ink Flip reviews, only to find to official Ink Flip Facebook Page. The last post on this page is on the 20th of September, 2011. This definitely tells me that Andy Sperry was not successful at running Ink Flip, and that he really needed an investment from the Sharks to stay afloat.

The Ink Flip website used to support HP, Lexmark, Dell, Canon and Epson printers, and provided ink cartridges for those printers. You could go to the Ink Flip website, select a printer manufacturer, select the printer model or cartridge model and place an order for that particular ink cartridge. After placing an order, you would need to pay for it, which automatically started the ink cartridge replacement process for you.

It is very unfortunate to see that Andy Sperry’s company did not work out the way he wanted it to be. At the end of his Shark Tank appearance, Andy Sperry mentioned that you should always do your homework before you appear on Shark Tank, which basically means that you always need to be prepared for every question the Sharks might ask you.