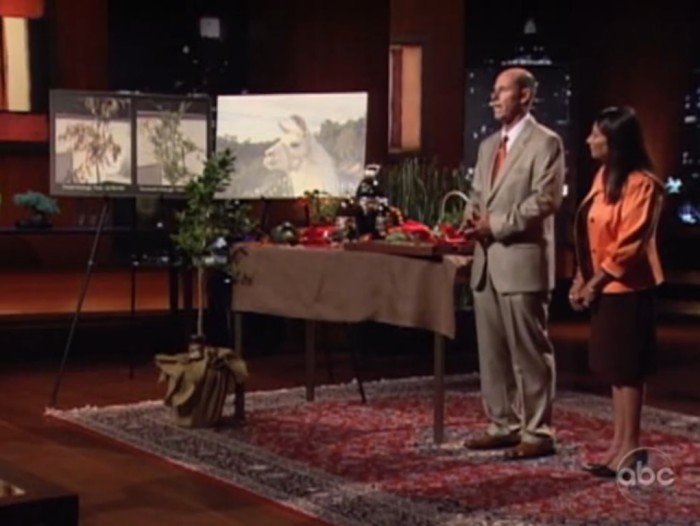 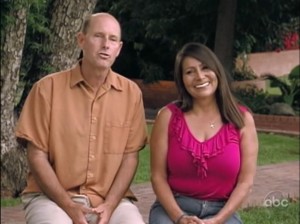 A couple of years ago, several mountain lions attacked and killed some of Phillip and Aida’s livestock. After the attack, Aida did some research and found out that llamas were a great natural deterrent to mountain lions, so they decided to purchase a few of them. Phillip states that they have been in love with their llamas ever since, and that they are wonderful animals, which also inspired them to come up with the idea for Llama Brew. Phillip also states that they need an investment from the Sharks so that they will be able to make a living that explores their interests in animals, the environment and also will allow them to spend time with their children.

“Phillip Lough and Aida Camwich-Lough walk confidently, hand in hand, and stand in front of the Sharks”

Aida Camwich-Lough starts the presentation and introduces herself and her husband, Phillip Lough. Aida states that they are looking for an investment of a hundred and twenty five thousand dollars, in exchange for a ten percent stake in their eco-friendly and green company, called Llama Brew. Aida continues her presentation by stating that Llama Brew is an affordable liquid and organic fertilizer, which is currently being sold for home gardening and for commercial applications.

Phillip Lough points at the table and shows the Sharks what Llama Brew looks like. He also points at a picture of a white llama, who is called Eden, and tells the Sharks that she is working twenty four seven, seven days a week, and produces a lot of the Llama Brew.

Phillip and Aida both answer the question by saying that Llama Brew is llama excrement, and make a joke about how Llama Brew is basically Llama Doo.

Phillip Lough continues the presentation by pointing at a picture tree, which died a week after they bought it. He states that he poured Llama Brew on it, and shows another tree, which looks alive and well.

“Daymond John asks Phillip and Aida what makes someone go and pick up poop, and want to make a juice out of it”

Aida Camwich-Lough answers the question by saying that they own llamas and that they knew that llamas produced a fantastic fertilizer. She states that she came up with the idea to liquefy the llama fertilizer and put it in recycled bottles.

Phillip and Aida both answer the question by saying yes, and that they manufacture Llama Brew at their own home. Phillip states that they call their business “green from the ground up”, because the pallets come out green and they are a green company.

Aida Camwich-Lough answers the question by saying that most fertilizers on the market are manmade chemicals, and that Llama Brew is not made out of any chemicals.

Phillip Lough answers the question by saying that they have sold four thousand dollars’ worth of Llama Brew.

Kevin O’Leary states that both Phillip and Aida think their business is worth over a million dollars, even though they only have four thousand dollars in sales. Kevin continues by saying that he could purchase a lot of llamas himself and build his own llama farm, for that kind of money. He also says that he could have a mountain of llama poop, for far less money.

Phillip Lough states that they have streamlined their business, to be the lowest overhead as possible, due to the fact that they are shoveling the llama excrements for free. Phillip Lough also states that there are a lot of people that work for them, because they are trying to get rid of their own llama excrements, so they give it to them for free.

Aida Camwich-Lough answers the question by saying that they have filed for a provisional patent, on processing Llama Brew, because you cannot patent the excrement itself.

Phillip Lough answers the question by saying that there is a unique way to process llama excrement and liquefy it, and that they are the only ones who know about it. He also states that the aroma completely disappears, which makes people a lot more comfortable with handling fertilizer to begin with.

“Robert Herjavec asks Phillip how much a llama costs”

Aida Camwich-Lough answers the question by saying that a llama could go for anything between five hundred and twenty thousand dollars.

“After Phillip and Aida leave, Robert Herjavec gets up and walks over to the Llama Brew bottles, opens one and looks if there is a bad smell to the llama fertilizer” 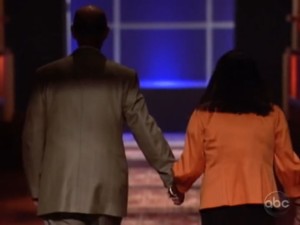 Phillip Lough and Aida Camwich-Lough were definitely struggling with their company’s finances. They asked the Sharks for a hundred and twenty five thousand dollars, in exchange for a ten percent stake in Llama Brew, knowing that they have only made four thousand dollars’ worth of sales. This means that Phillip and Aida think that Llama Brew is worth over a million dollars, which is a real stretch, especially considering that they have basically made no sales. It feels like Phillip and Aida were looking for an exit strategy, because getting an investment from the Sharks would mean that they could focus on other parts of their lives. There is no mention of Llama Brew being the best or worst on Shark Tank. The reason why none of the Sharks were interested in investing in Llama Brew, is because of the fact that the company does not have any sales, and the amount of money that Phillip and Aida are asking for was way too much.

It seems like Llama Brew went off the grid, after Phillip and Aida appeared on Shark Tank. However, I have read on multiple websites that Llama Brew is making a comeback, and that they have finally designed a website, where people can order Llama Brew. You can visit the website at www.llamabrew.com, and order different quantities of Llama Brew. Llama Brew also has its own Facebook page with nearly five hundred likes, and there are several people asking to purchase Llama Brew. After searching for a while, I could not find any websites that offered reviews for Llama Brew products.

I believe that Llama Brew did not fail nor succeed as a company, due to the fact that they have been out of the picture for a while. They have launched their new website in February 2015, which means that several years have passed by since they have been on Shark Tank. In my opinion, Phillip and Aida will continue selling Llama Brew, to the local people where they live, instead of massively distributing their products.