Beardbrand Update After Shark Tank – The Company Now in 2018 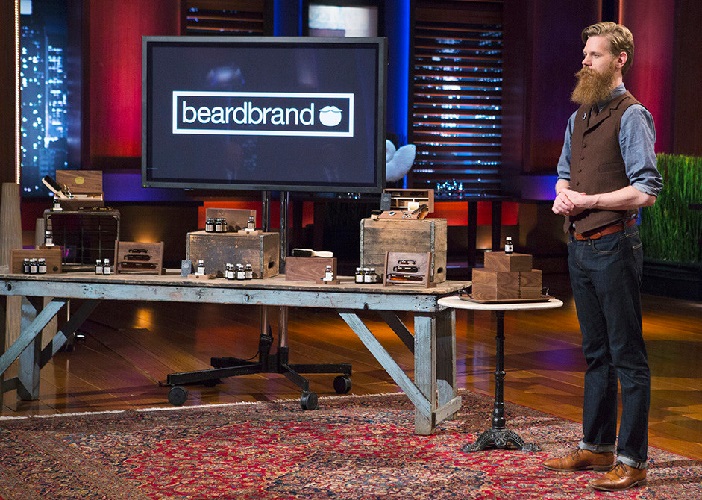 Eric Bandholz had a successful career as a financial advisor at Merrill Lynch in Spokane, Washington. But his employer had a strict no facial hair policy, and for Eric, that was more a problem than it would be for most people. The keen beardsman, as he describes himself, felt like he was leading a double life, with his real self hidden in a cage.

Eric considered himself an urban beardsman, a new kind of beard wearer, stylish and well-groomed and a World away from the members of ZZ Top and Duck Dynasty that he was so often mockingly compared to. He had created the Urban Beardsman online magazine, with frequent lifestyle, grooming and style themed articles, directed towards the beard wearing community, the magazine was supported by well maintained Youtube and Tumblr accounts that quickly gained a small following.

The community grew at a steady pace, and in 2012, after a visit to The West Coast Beard & Mustache Championship, Eric was inspired to give up his unhappy corporate career and launch his own company, Beardbrand, selling premium beard products.

The demand was not huge initially until Eric was featured as a beard expert in a New York Times article on the growing popularity of facial hair, he took advantage of the publicity and promoted his own Beardbrand products through his growing Youtube channel, as well as his Tumblr and Reddit activities.

With only a tiny amount of start up capital Eric had achieved a lot, but limited funds created a lot of additional problems for the running of his business. The lack of liquid funds also left the company at risk of running out of stock. Eric sought additional investment to ease his cash flow difficulties, and in October 2014 appeared on Shark Tank seeking those funds.

When Eric and his bushy beard appeared on the show, he announced he was hoping to secure a $400,000 investment in exchange for 15% in his business, a valuation of his company at $2.6 million.

He began his pitch by outlining his belief that the new kind of beard wearing man was often far removed from the lumberjack or biker stereotype, it was the urban beard wearer, well-dressed, well-groomed and stylish. He explained how he had united the urban beard wearing community online, and had begun to sell his followers his own Beardbrand products, beard oil, trimming scissors, combs and wax – all contained within stylish antique style boxes.

Kevin O’Leary asked if there were any sales yet and Eric confirmed there were, Kevin continued ‘I need to hear you’ve got some revenue before I absolutely go to town on you’. Eric raised an eyebrow in surprise and Kevin elaborated, the valuation of $2.6 million was the problem, for a ‘box of bare-brand stuff’.

Eric defended his valuation, and launched into a run down of the sales the company had achieved in the first seventeen months of business.

The impressive growth of the sales figures surprised the sharks and they made appreciative noises.

Lori was taken aback by the sales figures, but she was also strangely fascinated by Eric’s impressive whiskers, she asked if she could touch them. Eric, the sophisticated urban beard wearer, seemed as if he had women asking him the same thing countless times a day, and agreed with a smile.

Robert Herjavec called out ‘Lori, you’re not supposed to touch the people’ but nothing could have stopped her. Whatever magical effect Eric’s beard had on Lori is hard to define, but within a few strokes of his hairy bristles, she was giggling like a schoolgirl.

Eric was happy to win the rest of the sharks over in the same way and invited all of them to come and try it for themselves. Daymond instantly exclaimed that he wasn’t going to touch another man’s beard and Robert Herjavec found that hilarious. Daymond wanted to show Eric that it wasn’t personal and asserted ‘I wouldn’t touch a woman’s beard either’.

Eric began speaking about the attraction to beards that all the women in his family displayed and Kevin O’Leary asked ‘So chicks dig beards?’, Eric agreed that they did and he was only too happy to explain why. Humans are one of the few species that grow facial hair, and according to Eric, it was a sign of love and passion that women are attracted to. I’m not sure if that’s scientifically proven or not, but Eric’s beard definitely had some sort of effect on Lori.

Robert asked how the sales so far had been made and Eric explained that he had opened an online store back in 2012, selling at first mainly to the online community he had founded.

Kevin O’Leary spoke next, ‘I had a lot of hair once and then I ran into deals like this, look what happened’ he cracked, pointing at his own hairless head. Mark Cuban exploded into laughter, finding that as funny as only a man with a full healthy head of hair could.

Kevin got back to business, ‘What are the total sales for the year going to be?’ he asked.

Eric replied that projected sales were expected to be worth at least $1.2million, and he had a net profit margin of 25% on those.

They were impressive figures, and the company was profitable, but Kevin still had a problem with the valuation, clearly believing that the company was not worth $2.6 million.

Mark Cuban asked a few more questions about the products and Eric revealed that the beard oil was his biggest selling item, accounting for 60% of his sales, he also had a huge mark up on that product of at least 85%.

Mark wasn’t convinced that the business could achieve growth beyond a certain point, he believed it was possible for the company to make sales of $5 million a year, but the business wasn’t necessarily scalable to a larger market. The shark had nothing but good things to say about the Beardbrand products, but the numbers didn’t add up for him, and he was out.

Eric, who seemed well-prepared and in control during his entire time in the Shark Tank, took Mark’s rejection in his stride and thanked him for his comments.

Robert Herjavec wasn’t a beard guy, he just didn’t see it, and with no further explanation, he dropped out too. The impressive sales so far didn’t seem to be pulling the sharks in and the high valuation of Beardbrand seemed to be the underlying factor behind their lack of interest in the business.

Eric tried some damage control, he pointed out that Beardbrand had gone from zero to over one hundred thousand in sales within months and was sure the sharks didn’t see too many businesses like his.

Lori may have loved the beard, and most of the sharks seemed to like Eric too, after all, he’s a likeable guy, but she wasn’t going to give Beardbrand a break either. She told Eric he was doing well, but there wasn’t a large market for his products. The only customers it could be targeted to were bearded men, and the queen of QVC, who specializes in mass-market promotion and often speaks of her dislike of niche products, was out too.

Eric was still smiling, but his high valuation was putting the sharks off. The writing was on the wall for Beardbrand on the show and Eric’s smile, even hidden under his thick and lustrous beard, was looking a little more forced than natural now.

Kevin didn’t pull his punches when asserting what he he thought Beardbrand should be valued at, about $600,000. It was a long way from Eric’s figure of $2.6 million and Kevin assured him that in order to invest the requested $400,00 he would essentially have to own the whole company, ‘And then you would become my beard slave’ he joked. Lori laughed at the line but Eric didn’t, already looking towards Daymond in the hope of salvaging some sort of deal.

Daymond loved Eric, he called him the beard whisperer and had glowing praise for him and the Beardbrand business. But unfortunately, the high valuation stopped him from making an offer too, even though he could foresee sales of three or four million a few years down the line. With that glowing praise, but no offer, Daymond was out too, leaving Eric without a deal in the tank.

Beardbrand After Shark Tank – Where is Beardbrand Now in 2018? 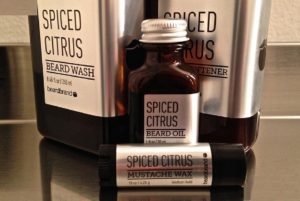 Beardbrand is still in business, and the well designed high end website now has a blog entry from Eric written immediately after the first showing of the episode, giving his perspective into appearing on the show. It’s a rare insight into some behind the scenes action for fans of the show, and Eric has nothing but praise for the Sharks and the production team, overall he seems to have gained a lot from the experience.

The online community that Eric founded is growing strongly too, the Beardbrand Youtube channel now has 106,000 subscribers and Eric’s grooming and lifestyle tips regularly gain tens of thousands of views, occasionally over 100,000.

Eric is also active on Reddit where he offers advice to fellow entrepreneurs and interacts strongly with the surprisingly large beard appreciating community there. In a post a year ago, Eric outlined his fundamental business philosophy, showing how he’s quite a bit different from the average entrepreneur

‘We get to run this business for what’s enjoyable to us. Creating a blog, spreading the word, and changing the world is what’s fun for us. Sitting back on one product and being lean and making lots of money isn’t appealing to me.’ he said. It’s an unusual opinion from a business owner and that’s because Eric sees Beardbrand as more than a company, its a community first and foremost.

‘I’m not out here selling products, I’m building a brand and a lifestyle. We have the task of educating customers on how to grow and take care of their beard. We are creating a market, we aren’t just selling to a market’ is how he defines his role. It’s a unique strategy and the market Eric has created seems to be far bigger than any of the sharks appreciated.

I spoke to Eric on Reddit, where he goes by the name of ‘Bandholz’, and he was happy to answer a few questions, as he does frequently on all sorts of subjects. Apart from confirming that things after the show were hectic, with a sudden surge in interest that he was well prepared for, he also disclosed that sales figures for 2015 had been up 150% on the previous year. It seems that Eric’s business is looking as strong and healthy for the future, as that magnificent beard he sports.