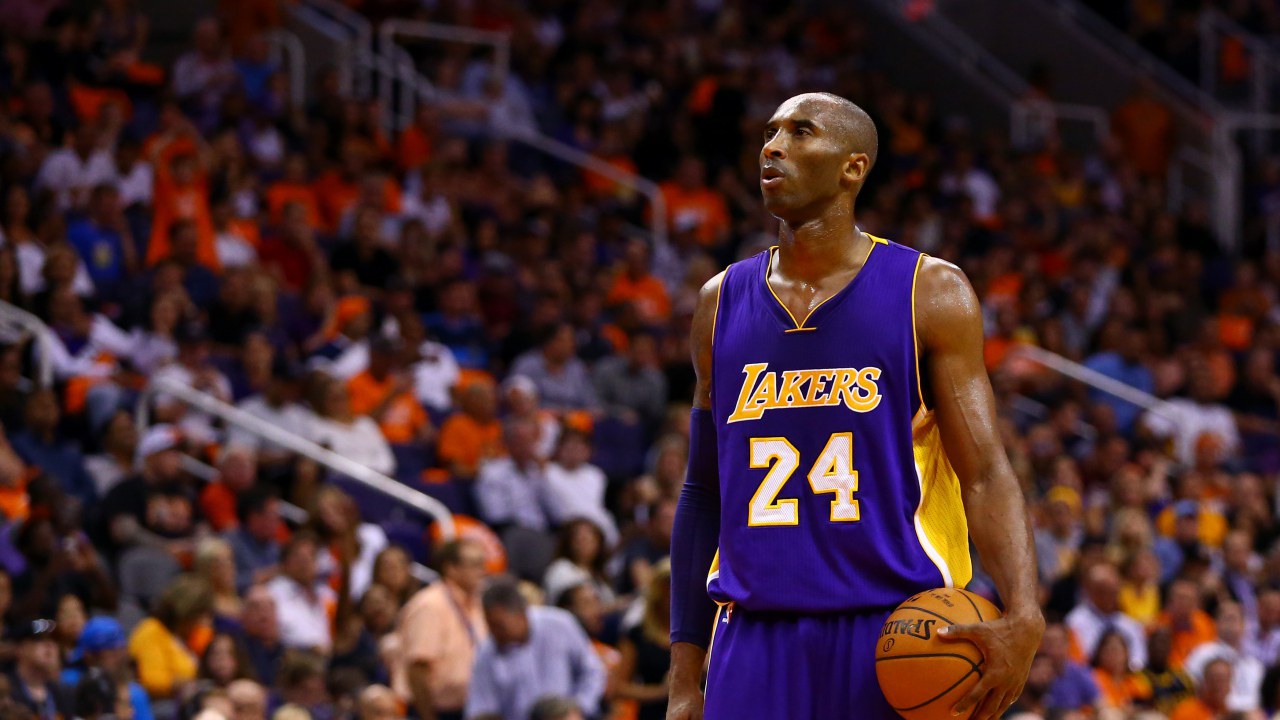 According to the National Association for Sport and Physical Education, three out of every 10,000 male varsity high school basketball players will be drafted into the NBA. Not only that, but only 10.6% of NBA rosters consist of players with more than four years of experience. What does all of this data mean? Basically, it’s very difficult for your average high school basketball player to end up having a long, successful career in the NBA. It definitely isn’t something that just anyone can accomplish. To be successful in the NBA, players need to be athletic, dedicated, intelligent, and they also need to be a little lucky.

Every player in this article will meet this criteria. In all honesty, being a wealthy NBA player doesn’t necessarily mean that you’re a good player. However, once you start getting to the richest of the rich, you begin to see that this wealth didn’t accumulate by accident. These players are good at what they do, and so money followed. They were able to earn high salaries, obtain well-paying sponsorships, and manage their spending wisely. Without further ado, let’s get into the top ten richest NBA players. 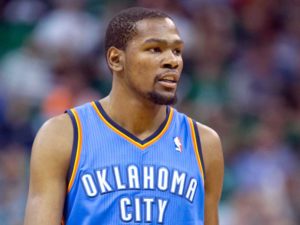 We tip things off with small forward Kevin Durant. Durant was drafted in 2007, where he was selected by the Seattle SuperSonics with the second overall pick. He played there until the end of the 2007-2008 season, until the team was moved to Oklahoma City as the Oklahoma City Thunder. Durant is one of the youngest players in this article, being 27 years old, but he has already made a strong impression in the basketball world. In 2012, Durant led the Thunder (with the help of Russel Westbrook) to the 2012 NBA Finals. He was selected as the NBA’s Most Valuable Player a couple of years later, in 2014. Despite an underwhelming season last year (due to injury), Durant helped bring the Thunder to the playoffs again this year, where they’re currently fighting for another shot at the conference finals.  A few notable sponsors include Gatorade, Foot Locker, and Sonic. 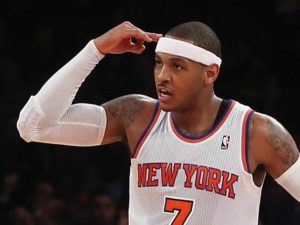 Carmelo Anthony was drafted into the NBA in 2003, where he was chosen by the Denver Nuggets with the third overall pick. He helped lead Denver to two divisional titles, and in 2009, he brought them to the Conference Finals. Since 2011, he has been a member of the New York Knicks, leading them to a few playoff appearances along the way. Anthony has been voted an NBA All-Star for 9 out of 13 years that he has played in the NBA, and he is widely considered one of the best basketball players of this generation. His annual salary is currently $22.5 million per year, and he earns another $9 million each year from endorsements from companies like Boost Mobile and Nike. 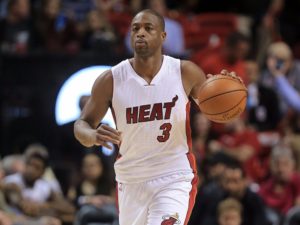 Dwyane Wade has been in the NBA for a pretty long time, and he during that time he has become one of the most popular players to play the game. Wade was drafted by the Miami Heat in 2003, and he has remained on the team ever since. In 2006, he led the Heat to their first ever NBA championship, and he was selected as the 2006 NBA Finals MVP. (And he didn’t need any help from LeBron, either!) In thirteen years of playing in the NBA, Wade has been selected as an NBA All-Star for twelve years. Wade has made a name for himself by being being a clutch player who doesn’t have a problem sharing the ball with his teammates. He makes around $20 million per year, and he has sponsorships with Gatorade, Li Ning, and Pepperidge Farm. 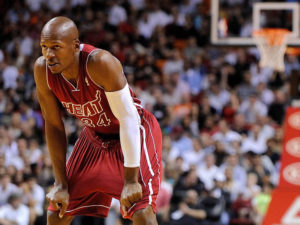 Ray Allen has been playing in the NBA than Dwyane Wade, and like Dwyane Wade, he’s considered to be on the NBA’s “good guys”. Drafted all the way back in 1996, Allen has played for the Bucks, the SuperSonics, the Celtics, and the Heat. (He isn’t on a team currently, but is still technically an NBA player as he is a free agent.) Allen is a 10 time NBA All-Star, and he has won championships with both the Celtics and with the Heat. He currently holds the NBA record as all-time leader in three-point field goals made, with 2,973 successful shots. Allen has made some money off of the court, too. In 1998, he had a lead role in Spike Lee’s critically-acclaimed film “He Got Game”, where Allen was highly praised for his performance. 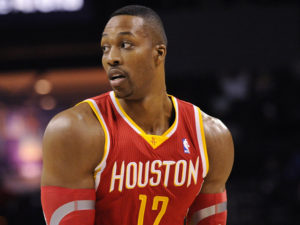 Dwight Howard has played across three teams during his NBA career, and his stats aren’t as flashy as some of the other stats on this list, he is known for being highly consistent. Howard was drafted with first overall pick in 2004 by the Orlando Magic, where he would play for eight years before being traded to the Los Angeles Lakers. Today, he plays for the Houston Rockets. He earned the title of NBA Defensive Player of the Year for three years straight, between 2009 and 2011. He played as the starting center for Team USA during the 2008 Olympics, and played a key role in helping the team bring home gold. He is thought to be one of the most athletic players in the game, and is well-known for his rebounding skills. Howard boasts sponsorships with Call of Duty, Adidas, and McDonalds. 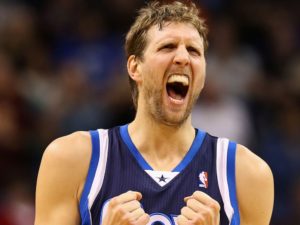 We continue this article with Dirk Nowitzki of the Dallas Mavericks. Nowitzki played for a German basketball club for four years before being drafted in 1998. He was originally drafted by Milwaukee, but he was immediately traded to Dallas. In his eighteen years with the Mavericks, he has led them to a total of fifteen playoff appearances and a single championship win. He is a thirteen-time NBA All-Star, and he is widely considered to be one of the best power forwards to have ever played the game. Although his contract only has him earning around $8 million per year, Nowitzki’s income is supplemented by bonuses and shoe contracts. He is known for not being particularly greedy, and is famous for not even having an agent. 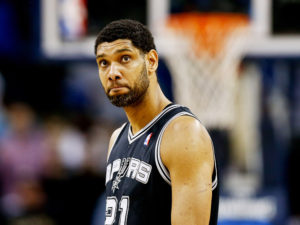 The next NBA player on this list also has an illustrious reputation as strong power forward: Tim Duncan. Duncan was drafted into the NBA in 1997, as the first overall pick. He has played with the San Antonio Spurs for almost 20 years now, and the team has seen a lot of success with him at the reins. He is a five-time NBA champion, three-time NBA Finals MVP, and he has been selected as an NBA All-Star fifteen times. Duncan holds the honor as being the only NBA player to have been selected to both the All-NBA and All-Defensive Teams for thirteen seasons straight. In 2009, Slam Magazine ranked him 8th on a list of their Top 50 NBA Players of All Time. Like Nowitzki, he is known for a studious, quiet personality. He has sponsorships from companies like AT&T and Adidas. 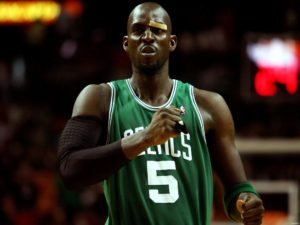 Unlike Tim Duncan, Kevin Garnett can’t really brag about a good reputation. The 39 year old power forward/center is thought to be one of the “bad boys” of the NBA, but it doesn’t look like his wallet suffers from that sentiment. Drafted in 1995 with the 5th overall pick, Garnett has played for the Minnesota Timberwolves, Boston Celtics, and Brooklyn Nets. In a nineteen year career, he has been NBA All-Star 15 times, and he won a championship with the Celtics in 2008. Today, he is thought to be one of the best players to ever play for the Timberwolves, who were struggling prior to their acquisition of him. Although he isn’t really big on endorsements and sponsorships, he has earned around $300 million in salary during his long career. 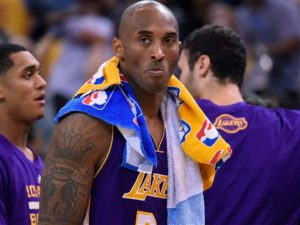 Although Kobe Bryant is no longer playing in the NBA, I think that it’s fair to include him in this article, seeing as he played his final game in 2016. Bryant was drafted in 1995 with the 13th overall pick by the Hornets, who promptly traded him to the Lakers. He would remain with the Lakers for the entirety of his twenty year career. With the Lakers, Bryant would win 5 NBA championships (and two NBA Finals MVP awards) and be selected as NBA All-Star for sixteen years straight. The shooting guard played at a ridiculously high level throughout his career, being the youngest player in NBA history to reach 30,000 career points when he was 34 years old. However, a torn Achilles in 2013 caused significant health and physical troubles that would cause his play to decline for the following years. Although he is no longer playing the game, the reputation that Bryant has built up means that he can probably last on his endorsements with companies like Nike and Lenovo for a little while. 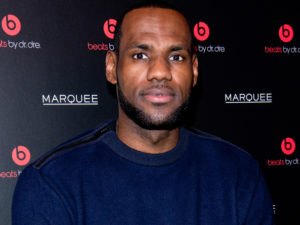 I don’t think that this really surprises anyone. LeBron James has been in the league for 13 years, and a lot of people think of him as one of the best basketball players of all time. He has won NBA’s Most Valuable Player award four times, and he has been an NBA All-Star for twelve straight years since 2005. Drafted with the first overall pick of the 2003 NBA Draft, LeBron James played with the Cavaliers until 2010, when he left for Miami. James won back-to-back championships with the Heat before coming back to Cleveland in 2014. He is quite the polarizing character both on and off the court, and is definitely one of those people who you either love or hate. He has multiple sources of income, from his salary to film and television appearances. He has huge sponsorships with Beats, Nike, and Coca-Cola.