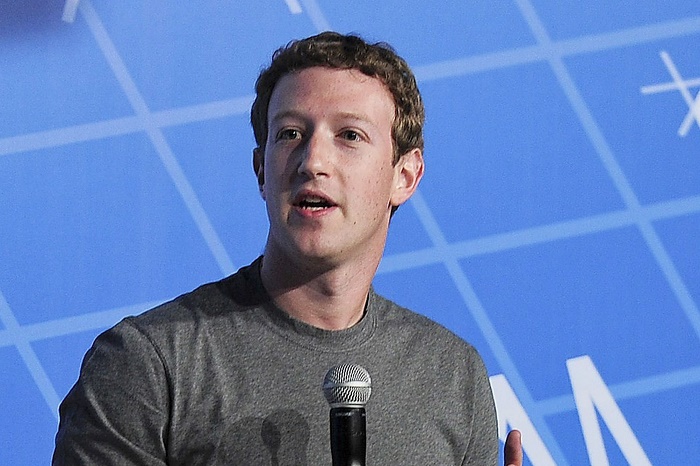 We all know that Mark Zuckerberg is the CEO and cofounder of Facebook, the social network that no one can really escape. But who is he, really? Aaron Sorkin portrayed Zuckerberg as a social outcast set on vengeance in 2010’s The Social Network. On the other hand, the man himself claims that his life has been far more boring. It’s full of focus, hard work, and coding. Still, there is something remarkable about the 31-year-old who spent his teenage years as a computer prodigy, who memorized epic poetry for sport. It’s no surprise that people have dedicated so much time to figuring out what makes the world’s sixth richest person tick.

How did Mark Zuckerberg make his Money and Wealth?

Zuckerberg’s wealth is primarily in Facebook stock – he owns roughly a quarter of the company.

Facebook has a rich and storied history. In high school, Mark Zuckerberg was already a programming legend. As a teenager, he developed the Synapse Media Player with Adam D’Angelo, the present-day CEO of Quora and former CTO of Facebook. The media player used machine learning to categorize users’ listening habits. In his second year at Harvard, Zuckerberg launched Facemash, a site comparing the relative “hotness” of Harvard students. Since he had to hack into university databases to obtain this information, he was almost expelled, but the charges against him were eventually dropped.

Facemash inspired Zuckerberg’s life work, Facebook. Then known as Thefacebook, it was originally open only to Harvard students. Starting in 2004, Facebook expanded gradually to other Ivy League schools, then to most college campuses. After this succeeded, it became open to high schoolers and eventually anyone 13 or older in 2006. In 2010, Facebook became the world’s largest social network and reached 500 million users. Later that year, it became revenue-positive. As of December 2015, Facebook has over a billion daily active users and over 1.5 billion monthly active users.

With such a large user base, the majority of Facebook’s revenue comes from advertising. In 2015, Facebook brought in nearly 18 billion in advertising revenue, a 44% increase over the previous year. Plus, there is more to Facebook than just the social network. Since 2005, Facebook has purchased around fifty other companies, including Instagram, Whatsapp, Oculus VR, and Lightbox. Zuckerberg seems serious about diversifying. In April of 2016, he referenced artificial intelligence, world connectivity, and augmented/virtual reality as personal missions in the years to come.

In 2003, Zuckerberg and Priscilla Chan met at a Harvard fraternity party. They later began dating and moved in together in 2010. In 2012, when Chan graduated from medical school, they had a dual wedding and graduation ceremony.

Does Mark Zuckerberg have kids?

On December 1st 2015, Zuckerberg and Chan had their first child, a girl that they named Maxima Chan Zuckerberg. On the Chinese New Year, they announced that her official Chinese name is Chen Mingyu (or  陈明宇).

How much did Mark Zuckerberg Earn Last Year?

In June of 2015, Mark Zuckerberg’s net worth was $36.2 billion. In just short of a year, he has earned over $15 billion, climbing from the 16th to the 6th richest person in the world. This is mostly due to Facebook stock prices climbing from $80 to $120 during that time period. Currently, Zuckerberg is within striking distance of Carlos Slim Helu, the Mexican telecom magnate, and Jeff Bezos, the founder and CEO of Amazon.

Where did Mark Zuckerberg go to College?

Zuckerberg attended Harvard after a strong academic performance, complete with prizes in science and classical studies, at Phillips Exeter Academy in New Hampshire. At Harvard, he studied psychology and computer science. He also belonged to Alpha Epsilon Pi and Kirkland House. As a sophomore, he decided that Facebook was his true focus, so he dropped out of school and moved to Palo Alto with Dustin Moskovitz.

Mark Zuckerberg was one of the first signatories of the Giving Pledge, a philanthropic effort by Bill Gates and Warren Buffett. The organization’s purpose is to encourage the world’s wealthy to give away a majority of their wealth, either during their lifetime or upon their death. After the birth of their daughter, they pledged to gradually donate 99% of their Facebook shares to the Chan Zuckerberg Initiative. The goal is to promote development in health and education.

Over the years, Zuckerberg and Chan have donated money to a variety of other causes. One major benefactor has been education. In 2010, Zuckerberg donated $100 million to Newark Public Schools. His commitment to education can also be seen in his investment in AltSchool, a network of schools focusing on interdisciplinary learning. In 2013, he donated nearly a billion dollars to the Silicon Valley Community Foundation, a nonprofit that supports charitable causes in the region. In 2014, the couple also donated $25 million to help combat the ebola virus outbreak.

Where does Mark Zuckerberg Live?

In 2011, Zuckerberg purchased a 5-bedroom house in Palo Alto, California for himself and his then-girlfriend, Priscilla Chan. While expensive, it wasn’t exactly extravagant for a man who was already worth billions. The house is a short ten-minute drive from Facebook’s headquarters. In 2013, he also purchased several surrounding properties. That’s one solution to annoying neighbors.

Mark Zuckerberg has kept his political opinions primarily to himself. In the past, he has supported both Republicans and Democrats, primarily those in favor of greater spending on education. On social issues, he seems to be a progressive. Zuckerberg has supported LGBT rights by appearing in the San Francisco Lesbian, Gay, Bisexual, and Transgender Pride Celebration. In 2015, he came out in support of the Muslim community, responding to backlash to several terrorist attacks that year. In 2016, he sent out an internal memo that supported the Black Lives Matter movement, which angered some conservative groups after the memo was leaked to the public.

Facebook has been subject to a great deal of public controversy. These include the accidental sharing of private information and requests of excessive personal information from users. Facebook has become ingrained into many other websites, which also raises security concerns. There has been public outcry against services that analyze user preferences for targeted content and advertising. Until 2010, users couldn’t even respond to these concerns by permanently deleting their accounts. In 2016, former employees reported that Facebook had been censoring conservative political information from its Trending News service.

Mark Zuckerberg’s legal battles are well-documented. After Facebook’s release, Cameron Winklevoss, Tyler Winklevoss, and Divya Narendra accused Zuckerberg of deception. They claimed he had offered to help them build a social networking site called Harvard Connection, listened to their ideas so far, and stolen them for his own site. Four years later, the case was finally settled, and Facebook agreed to give up millions of dollars in cash and stock. There were also allegations that Zuckerberg had conspired to dilute his co-founder, Edward Saverin, and push him out of the company. Saverin’s lawsuit was settled out of court, and he was re-affirmed as a co-founder of the company. These cases are both primary story arcs in The Social Network.

Ben Russell
I'm an Economics student who calls Norman, Oklahoma his home. I believe that all people have great potential, and I enjoy finding ways to harness this. My hobbies are competitive gaming, discussing music, and self-deprecating humor. Everyone has a story to tell.
RELATED ARTICLES
Business