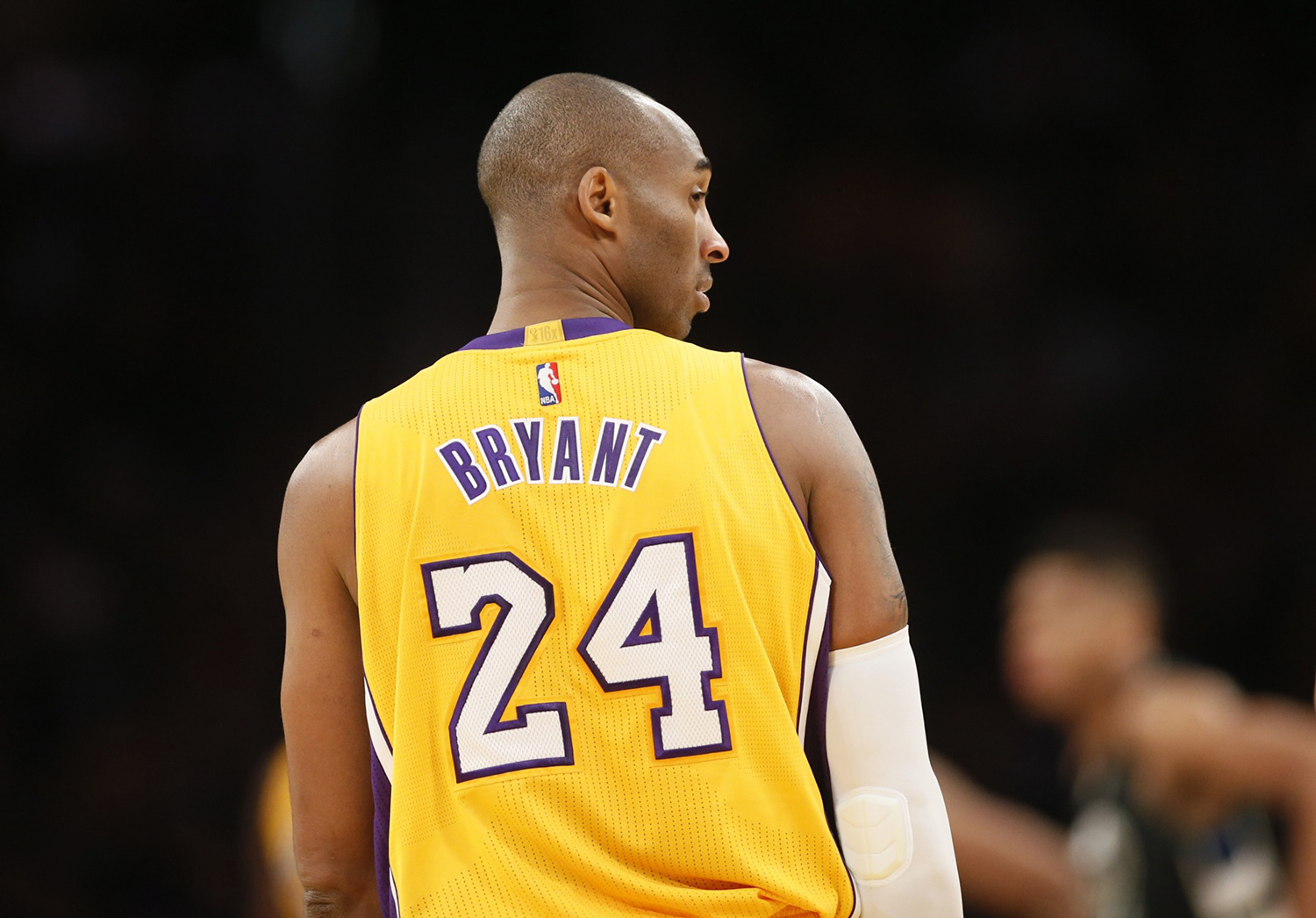 Kobe Bryant is one of the greatest basketball players of all time, and certainly one of the highest paid. The recently retired shooting guard is the third richest basketball player in the world. He trails only Michael Jordan, who is a billionaire, and fellow former Los Angeles Laker Magic Johnson. Kobe Bryant has managed to pile up the money with a combination of his playing salary and his large endorsement deals. Kobe played in the NBA for twenty years and ever since his rise to fame he has been one of the highest paid players in the league. Over the years, Kobe has racked up a number of accomplishments. He’s an eighteen time all star, and he lead the league in scoring twice. He’s the third highest scoring player in NBA history, and he won five championships with the Los Angeles Lakers. Speaking of the Los Angeles Lakers, he played with the team for his entire career, making it the longest time spent with one team of any NBA player ever. Despite all of his successes, Kobe has had controversy in his life as well. He has a reputation for being intense and compulsive about his preparation, and there was the highly publicized sexual assault case, his feud with Shaquille O’Neal. Let’s look at how Kobe Bryant, the Black Mamba, has made his money over the years.

How Did Kobe Bryant Make His Money And Wealth? 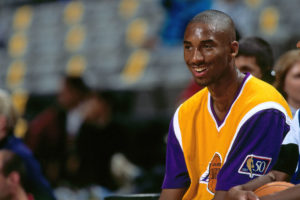 Kobe Bean Bryant was born in Philadelphia, Pennsylvania. It’s hard to imagine someone becoming a fierce athlete and dominate a league for years when he has a middle name like Bean, but there you go. He was given the middle name Bean because his dad’s nickname was Jellybean during his playing days. He is the youngest of three kids to parents Joe and Pamela Bryant. His dad was a fairly successful basketball player, playing in the NBA and then in Europe. It seems strange, but Kobe was named after the famous beef that comes from Kobe, Japan. The pronunciation of the beef is different from how Kobe’s name is pronounced. Apparently his parents saw Kobe beef on a restaurant menu and decided on it as the name for their son. When Kobe was only six years old, his family relocated to Italy so that his dad could play basketball there. Kobe learned to speak fluent Italian, and would return to the States in the summer to practice basketball in camps. Kobe was essentially playing basketball since he was born, taking his first shots at the age of three. From a young age he would study important games on tapes. The Bryant family returned to America in 1991 after Joe’s retirement, and Kobe started his impressive high school basketball play.

After a very successful high school basketball career, Kobe Bryant was regarded as one of the top young players in the States, winning a number of awards including the award for top high school player. He decided to go straight into the NBA, skipping out on college altogether. He was only the sixth player to ever do this, and the practice has since been abolished. A player has to go to college for at least one year now if he wants to be drafted into the NBA. He was the first guard to be taken right out of high school, and was taken thirteenth overall by the Charlotte Hornets. They did not intend on actually having Bryant play for them, and arranged a trade to the Los Angeles Lakers the same day, trading him for the centre Vlade Divac. All of this happened when Kobe was only seventeen years old. He made his debut in the NBA the next year, making him the youngest player to play in the NBA ever. He mostly came off the bench that season, getting limited minutes. He was a rookie all star, and won the slam dunk contest as an eighteen year old. The Lakers made the playoffs that year and Kobe started to take a larger role on the team.

Kobe soon ascended into the ranks of the top players in the NBA, averaging around fifteen points a game in 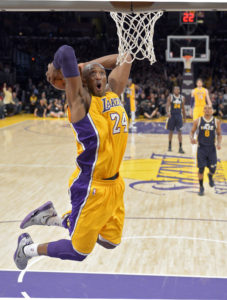 his second season. He quickly signed a huge contract extension that paid him seventy million dollars over six years. Everything changed for Kobe when the Lakers signed Phil Jackson as a head coach. Kobe reached the height of his powers and played alongside Shaquille O’Neal, one of the greatest big men in NBA history. Phil Jackson used the triangle offence that worked so well for him as the coach of the Chicago Bulls, and the team would win three championships in a row. He played well in the mid 2000s without as much playoff success. He scored 81 points in one game in 2006, the second most in NBA history. Also in 2006, he changed his jersey number from 8 to 24, and had a knee surgery. He had a return to success from 2008 to 2010, winning the NBA MVP and winning two more championships. In the years that followed, his point totals and numbers dropped off a little as he aged, but he was an elite player until his retirement a few months ago. Many people are closely watching to see what the newly-retired Bryant will do with his life now. He is only 37 years old. 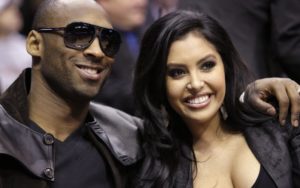 When Kobe Bryant was twenty one, he met a seventeen year old named Vanesssa Laine on the set of a music video that was happening in a building where he was working on music. Just six months later, in 2000, the two of them became engaged while she was still going to high school. They got married in 2001, and the marriage was unpopular with Kobe’s family, who were upset that he was getting married so young and to someone who wasn’t African American. Vanessa filed for 2011, requesting joint custody of the daughters, because of irreconcilable differences. However, in a heart-warming twist, the two of them announced on social media a couple of years ago that they had called off the divorce and would be staying together.

Does Kobe Bryant Have Kids?

Kobe and Vanessa Bryant have two kids. Their first, a daughter named Natalia, was born in 2003. Upon the birth of his first daughter, Kobe also worked on fixing his bad relationship with his parents. In 2005 the Bryants attempted to have a second child but Vanessa suffered a miscarriage. In 2006, the two had their second child, another daughter named Gianna.

Where Does Kobe Bryant Live? Picture of Kobe’s House

Kobe Bryant’s knack for setting records doesn’t restrain itself to the basketball court. Last year, he sold his 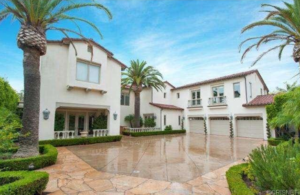 house in Newport Beach, California for over six million dollars, a record for the area. The house is eight thousand square feet and is in a Mediterranean style, which makes sense considering that he spent much of his young life living in Italy. The house was built in 1997 and has views of both the city and the ocean. Kobe acquired it in 2001 and renovated it to his liking. It isn’t really known where Kobe resides now that he has sold his primary residence, but you can bet it’s somewhere nice.

How Much Did Kobe Bryant Earn Last Year?

Kobe Bryant can probably be expected to follow the template that Michael Jordan and Magic Johnson have established and continue to make as much or more money after his retirement through endorsements, investments, and business ventures. Last year, Kobe made just under fifty million dollars. This includes his massive playing salary of twenty three and a half million dollars, as well as twenty six million dollars in endorsements and sponsorship deals. His main endorsement is with Nike, with whom he has a sneaker line. His shoes have been very popular, and have been marketed as the lightest basketball shoe ever. It looked as though Kobe’s net worth was going to take a huge hit in 2011 when his wife filed for divorce. They had not signed a pre nuptial agreement, because Kobe said that he loved her too much for that at the time. If the divorce had gone through, he would have had to have given her at least a hundred million dollars in the divorce, people say.

Back in 2003, Kobe Bryant was arrested for the alleged sexual assault of a nineteen year old girl who was working in a hotel that Kobe stayed in. Kobe acknowledge that he had had an adulterous encounter with the woman, but claimed that it was consensual and non-violent. He also admitted to frequent unfaithfulness with another woman over the years. The accusations were terrible for Bryant’s reputation and he lost endorsement deals and his jersey sales fell. Eventually, the charges were dropped when the woman refused to testify. Bryant apologized in the media, saying that he felt that the incident was consensual but realizes why she did not. He would settle with her out of court for a sum of money that was not made public.