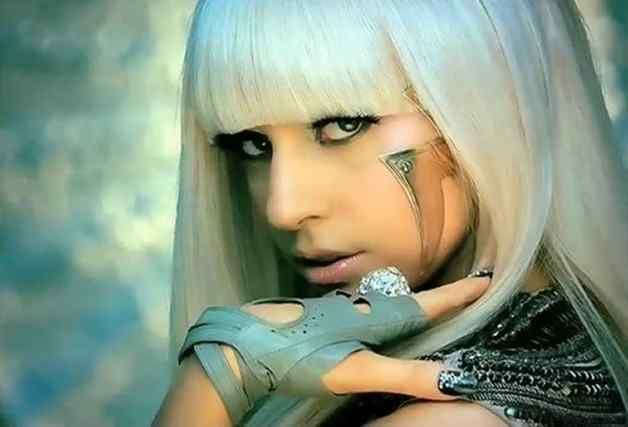 Lady Gaga is certainly one of the most recognizable singers in this generation. Read on and find out how she got on the right track towards fame and wealth.

How did Lady Gaga make her money & wealth?

Before she was known as Lady Gaga, she was Stefani Joanne Angelina Germanotta. Born in Manhattan on March 28, 1986, Lady Gaga was already playing the piano at the tender age of four. She attended the Roman Catholic all-girls school Convent of the Sacred Heart where she had more opportunities in practicing music, while during the weekend she attended acting classes. Lady Gaga got lead roles in school plays and had her bits of exposure during open mic sessions in jazz bars. After graduating from high school Lady Gaga was admitted to the Tisch School of the Arts of New York University (NYU) where her music and songwriting skills were further sharpened.

Despite being admitted in a prestigious school Lady Gaga dropped out and instead decided to pursue her own musical direction. She left her home at the Upper East Side and travelled to New York’s Lower East Side where she stayed in a cheap apartment. With the help of her friends from NYU Lady Gaga started her own band named SGBand and performed in paid gigs. The band became renowned for its lively performances and Lady Gaga’s oozing confidence. Eventually they produced two extended plays namely Red and Blue and Words.

The band’s reputation earned them an invite at the New Songwriters Showcase in 2006 which was held at the night club Cutting Room. Talent scout Wendy Starland was in attendance and was seeking new blood for Rob Fusari, a producer known for his work with Whitney Houston and Destiny’s Child. Starland was impressed by Lady Gaga’s performance and had her meet with Fusari. The producer was not very optimistic towards Lady Gaga but the young star managed to captivate Fusari with her musical talent. Later on the two began dating and they started the Team Love Child LLC joint venture to promote Lady Gaga.

The pair produced tracks in hopes of finally securing a record label. In September 2006 their efforts paid off as Def Jam Recordings agreed to sign Lady Gaga. Unfortunately she was dropped three months later for reasons unknown. She went back home to her family to celebrate Christmas and ended her relationship with Fusari. 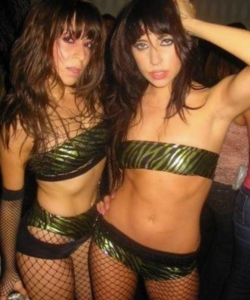 At this time Lady Gaga began to venture towards a different realm. Upon her return to the Lower East Side she experimented with substances and worked as a scantily-clad go-go dancer where she met performer Lady Starlight. She helped shape Lady Gaga’s persona and the two performed on shows, most notably the “Lady Gaga and the Starlight Revue”.  Meanwhile Fusari was still working on he and Lady Gaga made. He sent tracks to fellow producer and good friend Vincent Herbert of Interscope Records. Fusari then visited Lady Gaga in one of her burlesque shows and told her that she was now aboard a record label. Akon also had her sign a contract on his KonLive Distribution record label.

Lady Gaga moved to Los Angeles and worked tirelessly until she released her debut album titled The Fame on August 19, 2008. It contained internationally-acclaimed singles like “Paparazzi” and “Poker Face”. The album won multiple awards and a good number of nominations, plus it was well-received by critics. To support this album Lady Gaga embarked on The Fame Ball Tour from March 12 to September 29, 2009. Critics praised her vocals and the tour’s production.

On November 18, 2009 Lady Gaga released an extended play The Fame Monster. It bore the singles “Bad Romance”, “Telephone”, and the highly-controversial “Alejandro”. Another award-winning album followed on May 23, 2011 titled Born This Way which was again highly praised by critics and fans alike. However the themes and religious imagery expressed on her album were subject to criticism and even earned bans from certain countries. She supported the extended play and album with her The Monster Ball and Born This Way Ball tours respectively.

Her third album Artpop hit the shelves on November 06, 2013 with singles such as “Applause” and “Do What U Want”. Unlike her previous works this album had lukewarm reception from critics and only won two awards with one nomination. Its supporting tour ArtRave: The Artpop Ball was somewhat well-received.

Lady Gaga collaborated with singer Tony Bennett for the album Cheek to Cheek released on September 19, 2014. The album contained popular jazz tracks like Cole Porter’s “Anything Goes” and of course Irving Berlin’s “Cheek to Cheek”. Lady Gaga and Bennett promoted the album through a television concert on October 24, 2014. Cheek to Cheek received positive reviews and was Lady Gaga’s third album to reach the top spot in the US for that decade.

Aside from music Lady Gaga has other ventures that contribute to her net worth. She collaborated with Monster Cable Products in the creation of the Heartbeats headphone brand in 2009. The following year she was appointed as the creative director of Polaroid and helped in the inception of the Grey Label product line. In 2012 she worked with Coty, Inc. in the creation of the Lady Gaga Fame fragrance. It won an award in the Swedish Beauty & Cosmetic Awards and in the Canadian Fragrance Awards, and sold around 30 million bottles worldwide.

Lady Gaga announced in 2015 that she was launching a pet product line including clothes and grain-free organic food. Pictures of her French bulldog Miss Asia Kinney were posted on Instagram to promote this upcoming venture.

Unfortunately it’s not always sunshine and rainbows for her ventures. In 2011 Lady Gaga had a startup named Backplane that was supposed to be a social media for her fans called “little monsters”.  It managed to raise funds from venture capitalists in 2012 and even had offices in Palo Alto and San Diego. However nothing fruitful happened and the money was burned out, not to mention the wrong decisions that were made and the disagreements between departments. The business was bought by other investors who had other plans in mind.

She’s also made appearances in other media. Lady Gaga starred in the fifth season of American Horror Story and in movies such as Machete Kills and Sin City: A Dame to Kill For.

Not yet. She is currently engaged to actor Taylor Kinney.

Lady Gaga’s mansion in Malibu contains a home cinema, a bowling alley, and six acres of land. Her fiancé Taylor Kinney lives with her here.

Lady Gaga joined Virgin Mobile USA’s Re*Generation movement in 2008 which tackles youth homelessness. The next year she urged her fans to donate to Re*Generation and pledged that she will match every dollar. She also paired with other similar organizations to provide free concert tickets to those who devoted eight hours of volunteer service in helping out the youth.

During her The Monster Ball tour, Virgin Mobile USA held a segment where one random concertgoer is called by Lady Gaga. The lucky individual is notified about Virgin Mobile’s $20,000 donation to a charity of his / her choosing, and he / she is then summoned backstage to meet Lady Gaga herself.

Lady Gaga teamed up with her mother Cynthia Germanotta to initiate the non-profit Born This Way Foundation in 2012. The organization seeks to support young people, prevent bullying, and other issues related to the youth with various projects.

In the aftermath of the 2010 earthquake in Haiti Lady Gaga donated $500,000 worth of earnings from her concert on January 24 of the same year to help with the reconstruction efforts. After the 2011 tsunami and earthquake in Tohoku, Japan, Lady Gaga designed a wristband that managed to raise $1.5 million which was donated to help the victims. The next year she donated $1 million to help those affected by Hurricane Sandy.

She is an active supporter of LGBT rights and is very vocal towards her support of same-sex advocacies.

Lady Gaga is currently holding twelve records in the Guinness World Records from 2009 to 2014. The recognitions range from being the most famous celebrity in the world to having the most number of impersonators attending a single gathering.

What’s with her name?

Lady Gaga got her name in 2006 during her time with Fusari. The producer always sings the Queen song “Radio Ga Ga” whenever she enters the studio. Fusari then sent Lady Gaga a text message saying “Radio Ga Ga” but the phone autocorrected “radio” into “lady”. Lady Gaga actually liked it and said that she didn’t want to be called Stefani anymore.