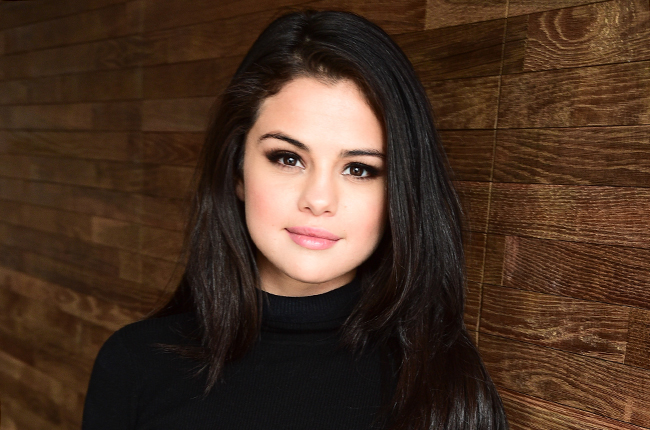 Selena Gomez is popularly known as the lead in Disney’s Wizard of Waverly Place. Aside from that she’s also made numerous appearances in other films and television shows while embarking on a solo career in music. Read on and find out how Selena Gomez started her path towards stardom and wealth.

How did Selena Gomez make her money & wealth?

Born on July 22, 1992, in Grand Prairie, Texas, Selena Marie Gomez did not exactly have a bright and sunny childhood. Her parents divorced five years after she was born and Gomez grew up under the care of her mother Amanda Dawn and grandparents. Her family struggled financially and her mother, who was just 16 years old when she gave birth to Gomez, juggled different jobs just to put food on the table. 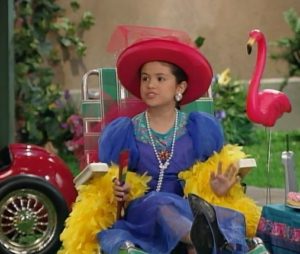 Gomez’ career in acting was inspired by her mother’s work as a theatre actress in Dallas. She auditioned for a role in the show Barney & Friends and was accepted aboard as the character Gianna. It was also in this show where she met and became close friends with Demi Lovato. Gomez learned a lot about acting and enhanced her talent in the two years that she spent in this show. She was eventually booted from Barney & Friends as the producers noted Gomez becoming a bit too old for the children’s show.

Gomez made appearances in television movies like House Broken and Walker, Texas Ranger: Trial by Fire and her first film cameo  was in the 2003 comedy Spy Kids 3-D: Game Over. Gomez saw an opportunity after Disney held a nationwide casting call for its shows. She auditioned (you can watch the video on YouTube) and was accepted into several minor roles on Disney shows like The Suite Life of Zack & Cody and Hannah Montana.

In 2007 Gomez finally landed a lead role in the fantasy sitcom Wizards of Waverly Place as Alex Russo. She also sung the show’s theme song “Everything Is Not What It Seems”. The award-winning show’s massive success helped propel Gomez’ career. She had other film and soundtrack projects while working on the fantasy sitcom which were also well-received by critics and were commercially successful.

Gomez delved into the realm of music by starting her own band named Selena Gomez & the Scene. The band released three studio albums from 2009 to 2011 which only managed to receive moderate praise from critics. Some also noted that her second album A Year Without Rain contained tracks that were riddled with Auto-Tune effects. Despite this the band won multiple recognitions and awards for their efforts. Selena Gomez & the Scene went on hiatus in 2012 as Gomez wanted to focus on her acting and music careers on her own. It was also during this year when Wizards of Waverly Place aired its finale.

Gomez provided vocals for the character Mavis in the 2012 animated comedy Hotel Transylvania. She had a more mature role in the 2013 drama Spring Breakers. In the same year she released her debut solo album Stars Dance which was a chart-topper yet again received mixed critical reception with critics pointing out Gomez’ inability to be unique in terms of her music. Its lead single “Come & Get It” was Gomez’ first ever top ten throughout her musical career. Her Stars Dance Tour supported the album and ran from August to November 2013. It was supposed to last until February 2014 but was cancelled due to her undergoing treatment for lupus. She was originally diagnosed with the autoimmune disease in 2012 and has been battling it ever since.

Her second studio album Revival was released in 2015 containing her highly-praised singles like “Good For You” and “Same Old Love”. The album was well-received by critics compared to Stars Dance and sold around 500,000 copies unlike the latter that didn’t receive an RIAA certification (denoting sales of less than 500,000 units). Her Revival Tour started last May 2016 and is still ongoing until the end of this year. Gomez is currently working on her third studio album and she is also part of the lead cast in the upcoming 2016 films The Fundamentals of Caring and In Dubious Battle.

Gomez has other ventures aside from music and film that add up to her income. In 2008 Gomez started her production company July Moon Productions. It was named after her birth month and her name which is Greek for “moon”. The company struck a deal with XYZ Films to help further Gomez’ acting career and give her the ability to choose certain projects.

In 2010 Gomez launched the Dream Out Loud fashion line in tandem with fashion designers Sandra Campos and Tony Melillo. The line featured clothing derived from environmental-friendly and recycled materials.

Gomez invested in the postcard app Postcard on the Run last 2011. Not only she is an investor, Gomez also happens to be the company’s creative advisor.

Gomez released her own perfume in 2012 named Mesmerize. However she had some legal trouble with company Adrenalina, Inc. after the latter filed a lawsuit against Gomez for “backing out” on their signed fragrance deal. Her next perfumes namely Selena Gomez and Vivamore were released in 2012 and 2013 respectively. 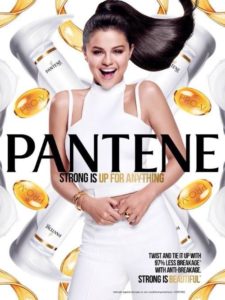 Gomez became the Brand Ambassador of Pantene in 2015. This deal will ensure that she will be the face of the hair product company’s “Strong Is Beautiful” campaign and its elements like public relations and different forms of advertising. She also appeared in advertisements for other brands and companies like State Farm Insurance, Apple, Adidas, and Borden Milk.

No. She was famous for having an on-and-off relationship with fellow singer Justin Bieber from 2011 to 2014. She also used to date Nick Jonas and was linked to other celebrities like Taylor Lautner.

It is reported that Gomez earned around $2 million last year. It was the year when her second album Revival was released plus her work on Hotel Transylvania 2 and as Pantene’s Brand Ambassador.

Gomez recently sold her $3.69 million mansion in Calabasas, California for $3.3 million to rapper French Montana. There are reports indicating that she is currently hotel-hopping in Los Angeles.

The 16-year-old Gomez helped support an online auction in 2009 for the benefit of Island Dog, Inc., a non-profit organization that helps animals in Puerto Rico.

Gomez was the spokesperson in the 2008 UNICEF campaign “Trick-or-Treat for UNICEF” wherein kids helped raise funds during Halloween and the proceeds went to the benefit of children in all corners of the globe. Gomez would later reprise her role as spokesperson in the campaign’s 2009 and 2010 run.

In 2008 Gomez traveled to Congo with the non-profit organization Enough Project to help citizens affected by poverty and war. In the same year she appeared on a public service announcement along with Muppet Kermit the Frog to promote the campaign “Year of the Frog” of Association of Zoos & Aquariums. The said campaign brought awareness regarding the conservation of endangered amphibians.

She joined celebrities such as Jennifer Love Hewitt and Hilary Duff in the 2008 “Runway For Life” benefit. This event helped raise funds for St. Jude Children’s Research Hospital.

Gomez was also appointed as the ambassador for UNICEF in 2009, making her the youngest ever to hold the position. Gomez embarked on a field mission to Ghana to witness the plight of children living there and to bring awareness to this issue. Two years later Gomez visited Chile to help with the UNICEF program “Programa Puente” that taught families skills and issues about raising children. Later on she participated in the “Celebrity Tap Pack” project of UNICEF Tap. This project featured customized water bottles that contained tap water obtained from the homes of its celebrity participants, and its proceeds went to support clean water programs.

Gomez was a participant in the Friends for Change: Project Green initiative of Disney from 2009 to 2012. She appeared in their public service announcements and teamed up with fellow Disney stars Miley Cyrus, Demi Lovato, and the Jonas Brothers in recording the song “Send It On” in 2009. Proceeds earned were directed to the Disney Worldwide Conservation Fund to support environmental charities.

In 2012 Gomez and other celebrities raised $2.5 million during the UNICEF Snowflake Ball. Gomez auctioned a backstage pass for her concert which raised $40 thousand.