The Top Ten Richest Teenagers in the World – 2018 List 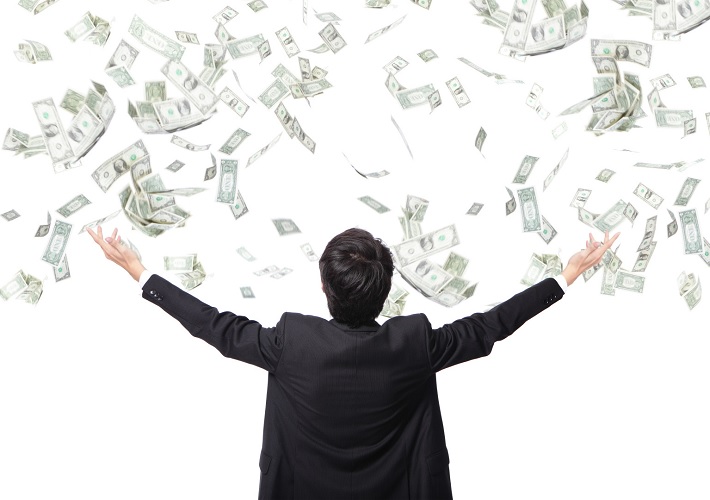 As a wise man once said to me regarding wealth, you can win it, you can steal it or you can earn it. And as an afterthought he added ‘Or you can get lucky’. Great fortune has avoided me so far in life, and big earnings and winnings haven’t come my way yet either. My permanently guilty expression, that causes suspicion in the sleepiest of security guards, would make me a terrible career criminal. So with that in mind, I don’t expect to be entering the rich lists of Forbes any time soon.

In this crazy World, some people are just not as fortunate as me. Never will they feel the pleasure of finally getting paid after days of waiting, never will they really appreciate the true value of money. So lets give these teenagers, who have missed out on so many, normal real life experiences, a bit of recognition, and see how much they’re actually worth. 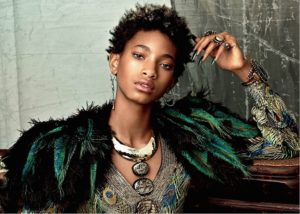 Being the daughter of A-Lister Will Smith is always going to set you apart from the mere mortals around you, but for Willow Smith it wasn’t enough to lounge around the pool all day enjoying the fruits of her fathers success. The 15 year old, born on Halloween night, 2000, began her acting career alongside her Fresh Prince father Will in ‘I am Legend’ in 2007. Another two films came along in 2008, but it was in 2010, when Willow launched her singing career that she hit real success. Her first Single ‘Whip My Hair’ achieved a number 11 chart placing and achieved platinum sales at home. Since then Willow has signed with Jay-Z’s label ‘Roc Nation’, the youngest artist to do so. She has released several more singles, although they haven’t received the same reception as her debut. She’s performed in a collaboration with Nicky Minaj, and has received recognition in the form of numerous awards, including Best New Artist from the BET Awards in 2011. 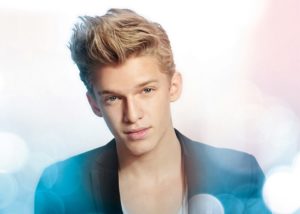 Australian Cody Simpson could have been a champion swimmer, but in 2009, aged just 12, he began recording songs in his bedroom and uploading them to Youtube. His natural talent soon propelled him to fame and fortune, before he had a chance to follow his sporting ambitions. His covers of Reggae and R&B classics were discovered by Shawn Campbell, executive music producer for Atlantic records, and by June 2010, Cody and his family had moved to Los Angeles to launch his recording career for the label. Prolific Cody produced a number of singles and an album, mostly to positive reactions, before leaving the Atlantic label in 2014 and founding his own, Coast House Records. He’s recently been a guest on sitcom Cougar Town as well as other reality show appearances. The young Australian, still just 19, has won a number of awards, including the ‘International Sensation’ award at the GC Men of the year awards in 2015. 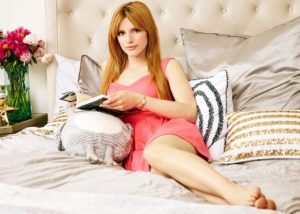 Annabella Avery Thorne, known as Bella to her many fans, is a writer, model and actress. The 19 year old, from Pembroke Pines, Florida had a few uncredited roles before she became known to fans of the prime time drama series ‘Dirty Sexy Money’. In 2010, she played Tancy ‘Teenie’ Henrickson in HBO’s Big Love and also starred in the Disney Teen comedy ‘Shake it up’. Her music career has been less successful, although her debut single, ‘Watch Me’, reached 86 in the Bilboard Hot 100. She starred in the Adam Sandler movie ‘Blended’ in 2015, as well as several Disney feature films. She will be taking a starring role in Amityville : The Awakening, due to be released in 2017. Bella actively supports the Humane society as well as several other charities. 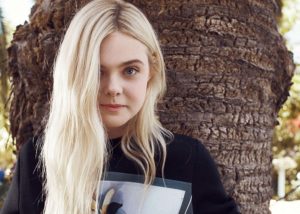 Elle was helped into show business due to her obvious similarities to older sister Dakota. She portrayed a younger version of Dakota’s characters in the 2001 movie ‘I am Sam’, as well as the series ‘Taken’, and that was aged just 3. By four she was no longer in need of her family connections and had landed a role in the 2003 family comedy ‘Daddy Day care’. The Australian actress is still only 18, yet has amassed a fortune of $5 Million with a busy career spanning 35 films, and a host of TV appearances, including special appearances in shows such as House, Law & Order and CSI. 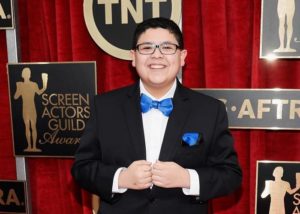 In 2010, aged just 12, Rico Rodriguez was considering being a ‘NASCAR chef going to the moon’. Whatever the young Rico had in mind with that cryptic career strategy we never actually had a chance to find out, because fame got in the way for the young actor. He landed the role of Manny Delgado in the critically acclaimed ABC mockumentary ‘Modern Family’ and has been showered with praise for his abilities, and awards for his performances ever since. He still makes regular TV appearances and won a coveted Image Award for Best Young Actor in Television in 2015. In 2012 Rico wrote a book entitled ‘Reel life lessons….. so far’. It’s full of wisdom and home spun anecdotes, and its well worth a read, according to many online critics. 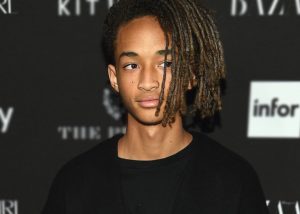 It doesn’t seem fair that Will Smith, worth a cool $250 Million, doesn’t even have to shell out a few dollars for pocket money, but Jaden, the older brother of Willow, can feel secure that he is keeping the established pecking order at home, with an even greater fortune than his little sister. Jaden has received a slew of positive reviews, and award show successes, in his acting career. Beginning with ‘Men in Black’ in 2002, the young star has received industry recognition for his acclaimed performance in ‘The Karate Kid’, alongside the legendary Jackie Chan, and the duo will return in 2017 for the sequel. Now 17, Jaden has been quoted as saying that his parents want him to move out when his movie success eclipses that of his A list parent, and it could prove wise for him to start looking into that now. 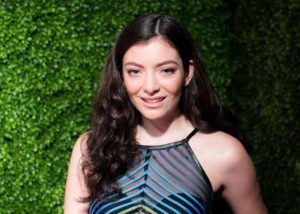 Ella Marija Lani Yelich-O’Connor wisely used the stage name Lorde, when she began her rapid and meteoric rise to fame. Born in Auckland, New Zealand in November 1996, to Croatian and Irish parents, the young Lorde had a strong interest in performing and music. A school talent show win led to a local radio station appearance. Recordings of Lorde’s performance on the radio show soon made their way to the desk of Scott Maclachlan of Universal Music Group (UMG) and he signed her up. Lorde’s breakthrough came with the single ‘Royals’ in 2013, it topped the Billboard Hot 100 for an incredible nine weeks and eventually won two grammys the following year. Still only 19, Lorde is already considered one of the most impressive new artists of the last decade. In 2014 Forbes named her in their ‘30 under 30’ list of influential people, the youngest ever person to be featured on the list. 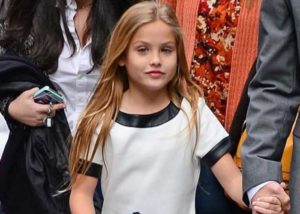 Although technically still a few months shy of official teenage vintage, this heiress will soon be entering the ranks of the richest. Dannielynn was born in Nassau, Bahamas to actress, and former Playboy model, Anna Nicole Smith. Anna Nicole’s 20 year old son Daniel died whilst visiting her in hospital just three days later, and it was a sad foreboding for the future. There were immediate allegations about Dannielynn’s parentage. Anna had listed long time partner Howard K Stern as the father but that was disputed by several men. In February 2007, before Dannielynn was a year old, Anna herself died from an accidental prescription medicine overdose, and that left her daughter to inherit her $10 Million fortune. A lengthy, and sometimes bitter, paternity case revealed that celebrity photographer Larry Birkhead was the girls biological father, and he has taken sole custody of her since then. She has modelled for the upscale clothing brand Guess, as her mother did, and was their Face of spring girl in 2013.

Chloe was born in February 1997 in Atlanta, Georgia. Aged only 5, she helped performing arts student brother Trevor read his lines, and he taught her a few acting techniques in return. She received a Young Artist Award nomination for only her second movie role, in The Amityville Horror remake in 2006. Multi talented, and known for her hard working nature, Chloe has amassed an impressive resume of work for someone who is still just 19 years old. She has appeared in over forty big budget films, had numerous guest appearances on prime time shows such as Dirty Sexy Money, American Dad and Desperate Housewives, and has also been nominated for 40 awards. She has become known as a successful model in recent years, and was awarded a ‘Next Future Icon Award’ at the Elle style awards in 2013. 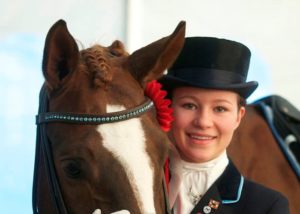 Until July 23rd 2016, when she reaches the big two oh, Alexandra Andresen is the richest teenager in the World today. Although she will lose the title when she enters her twenties, its highly unlikely that anyone will take her other notable distinction, namely that of being the youngest billionaire in the World too. The youngest daughter of Jonah H.Andresen, the Norwegian industrialist and tobacco magnate, received 42.2% of her father’s Ferd Hedge fund business in 2007, aged just 10, but that fact was kept from the press until earlier this year.

The teenager has asserted that riding horses is the greatest passion in her life, and her dressage career is at the very top level of the sport. She is a member of the Norwegian national team and has two sponsors, including the equestrian outfitters Kingsland, although her lack of any need for such support lends even more weight to her association with the company. Alexandra won a bronze medal at the European Junior riders Championships in 2013, and a silver during the same competition in the following year.

For any gentlemen who feel they might like to meet the youngest billionaire in the World with a view to romance, they should probably be warned that it might be a risky undertaking. Alexandra is already romantically involved with fellow Norweigen Joachim Tollefsen, and Joachim happens to be an MMA trained cage fighter, with just one recorded loss to his name.

Since 2015 Alexandra has been residing in Germany with Joachim, and has stated her love for riding competitively. She has not indicated that she would like to be involved in running the family business at any future point, instead stating a preference to only pursue her successful riding career.