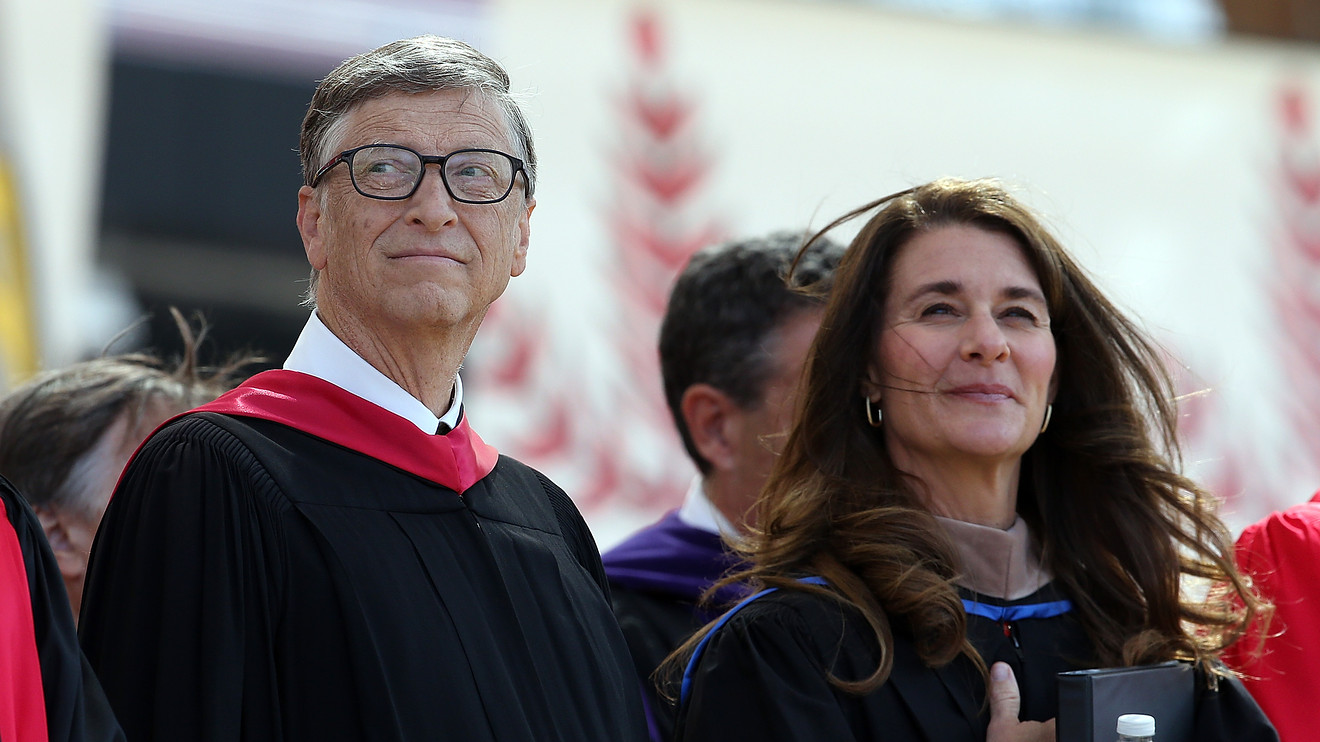 We as a people love to read up on the stories of rich celebrities. What could be better than the awe-inspiring story of a successful actress, or businessman? The narrative a power couple that built their empire together. Without further ado, here are 10 of the richest couples in the world. 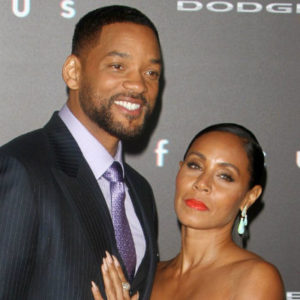 This power couple has been facing rumors of divorce recently, but they both insist that they are still going strong. They met in 1995 on the set of The Fresh Prince of Bel Air, when Jada auditioned, appropriately enough, for the role of Will Smith’s girlfriend. She did not get the role, but she won him over in the end. They got married in a private ceremony in 1997, and have been going strong ever since. They have 2 children who are also minor celebrities: Willow and Jaden, as well as 2 others and a net worth of 232 million dollars. 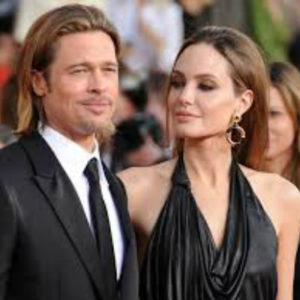 This relationship got off to a scandalous start. They got together soon after Brad Pitt was divorced from Jennifer Aniston. Brad was famously accused of cheating on Aniston with Jolie, but both of them deny it. They were together for 9 years before deciding to tie the knot in August of 2014. Both of them are successful actors in their own right. Jolie is also a film-maker and humanitarian. Who knows where they find the time – they also have 6 children together, three of whom were adopted.  Jolie and Pitt have a joint net worth of 425 million dollars. 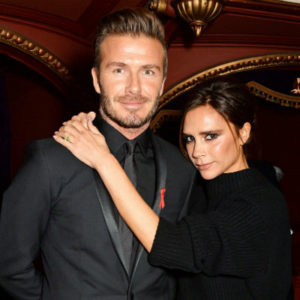 This couple has recently faced scrutiny and rumors of divorce, but the couple has insisted that the rumors are false. In 2004,  David Beckham was also accused of numerous counts of infidelity, but it seems like they worked it out. Victoria is most famous for her stint in 90’s girl group Spice Girls. Posh Spice first met soccer star Beckham in November of 1996 at a charity football match. Their first child, Brooklyn, was born in 1999. They were married shortly afterwards. They also purchased a mansion that year which they call “Beckingham Palace.” They now have 4 children, and a net worth of $600 million. 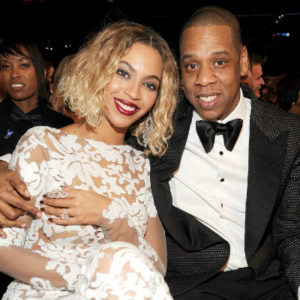 Despite the controversial release of Bey’s new album “Lemonade,” and accusations of Jay Z’s infidelity, this couple seems to still be going strong. In 2002, 18 year old Beyonce met her future love while working together on the song Bonnie & Clyde. They’ve been together for the last decade and a half, growing together in their careers. Jay Z is a popular rapper and producer, while Beyonce is a successful R&B and pop solo artist. Together, they have one child, Blue Ivy, and a true net worth of one billion dollars. 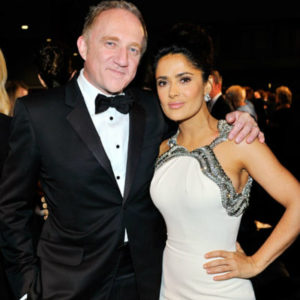 This unlikely duo is still one of the top richest couples in the world. Selma Hayek is a well known movie star and director. She has a wide range, acting in movies from Kevin Smith’s “Dogma” to more serious roles such as “Frida,” the biopic of the famous Mexican artist. In spite of her admitted lack of fashion knowledge, she landed billionaire CEO of Kering, Francois – Henri Pinalt. The pair met in 2006, and while they had rocky times, they married in 2009. They have a young daughter, Valencia, and an impressive net worth of over 15 billion dollars. 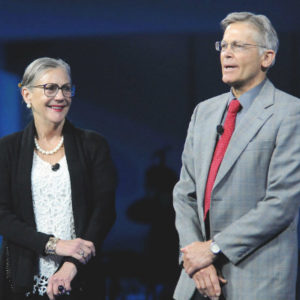 You may know of the Waltons as the power couple that owns Walmart. Jim and Lynne Walton own a sizable percentage of Walmart stock. The youngest son of Walmart founder, Sam Walton, Jim is also currently on the board of directors for the megacorporation. That’s not his only business venture, though. He also is the CEO of Arvest Bank Group. He also dips into journalism – he is chairman at Community Publishers Inc, a newspaper group. He lives with his wife Lynne McNabb Walton in Bentonville, Arkansas. The pair has four children, and a net worth of $36.2 billion dollars. 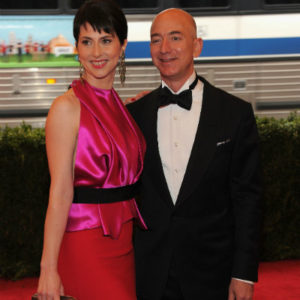 You may not have heard of Jeff Bezos, but you’ve definitely heard of the megacorporation that he commands, Amazon. He founded it in 1994 as a online bookstore, but it is now so much more than that. It even surpassed Wal-Mart as the most profitable retailer in America. He met his wife Mackenzie Bezos in 1992, when she worked for him at a NYC hedge fund. They were married a year later. Mackenzie currently serves as executive director of Bystander Revolution, an anti-bullying organization that she founded. The pair currently live in a mansion in Medina, Washington. They have 4 children, and a net worth of $39.6 billion. 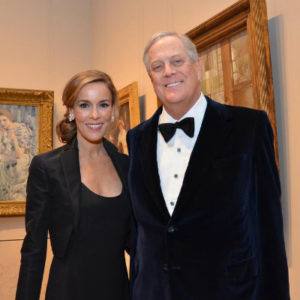 David Koch is one of the infamous Koch brothers. He derives his wealth from the family business, Koch Industries. He actually ran for vice-president in 1980 under the United States Libertarian Party. Along with his brother Charles, he donates to lots of Republican political advocacy groups and political campaigns, as well as several charities. He married his wife, Julia Margaret Flesher in May of 1996. Julia was involved in the fashion industry as an assistant to a dress designer in NYC. The pair actually met on a blind date. The two now have 3 children, and a combined net worth of $47.5 Billion. 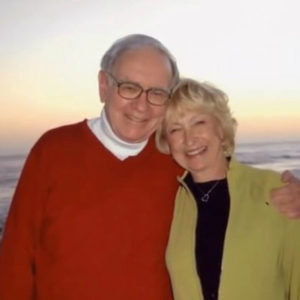 Warren Buffet was married to another woman, Susan Buffet, until she passed away in 2004. Before that occurred, Susan introduced Warren to his current wife, Astrid Menks. Apparently, the three of them were close. Astrid and Warren were married in 2006. Warren Buffett is famous for being the world’s most successful investor. He is also well known for his charitable causes. He has promised to donate 99 percent of his substantial wealth to philanthropic causes. In 2006, his salary as a CEO was only $100,000, even though he was already a billionaire. He has 3 children from his former wife, Susan. He and Astrid live in a mansion in Omaha, Nebraska, and have a net worth of 65 billion dollars. 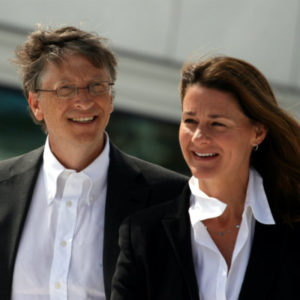 These two are the richest duo in the world, but they are also easily the most generous. The Bill and Melinda Gates Foundation was started on 2000 as a means to reduce poverty and enhance healthcare around the world, especially in places where sanitation and technology are lacking. Bill Gates is best known as the founder of Microsoft. He met Melinda, who was working for Microsoft at the time, and they were married in 1994. Bill and Melinda have given an astonishing $28 billion of their own wealth to their foundation as of 2014. They have 3 children, and a net worth of 85.7 billion dollars.
The amount of money that these couples have amassed together is staggering. Some of them have a pile of money larger than the GDP of small countries. Since most of us won’t see even half that wealth, we can only admire from afar.