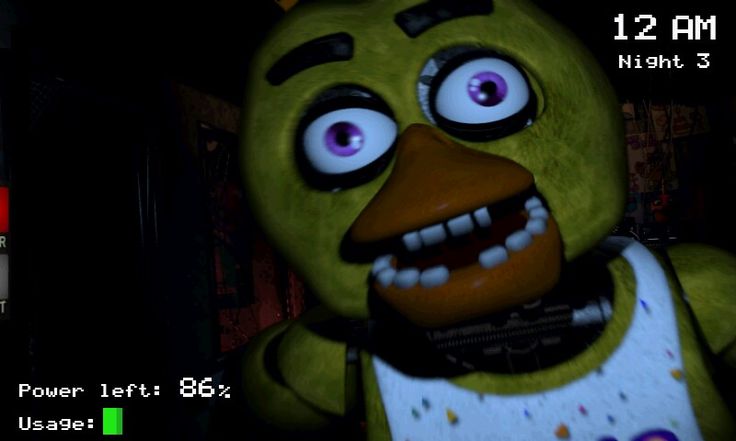 Five Nights at Freddy’s is a survival horror game where you must survive eight minutes in a security room. You are not armed to the teeth with guns. Your only method of defense is by closing the doors and manning the security cameras. Each action you make drains energy and things do not bode well when you run out of juice. Auditory and visual cues provide clues to better anticipate the enemy’s arrival. Failure to survive is punished with a frightening jump scare courtesy of one of the murderous animatronic characters.

If you like horror games where you must use your wits and agility instead of big guns to survive then check out our list of top five games like Five Nights at Freddy’s. 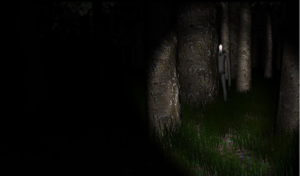 The Slender Man is a famous Internet meme that became the inspiration of different forms of media. His long appendages have touched the survival horror gaming genre which then gave birth to the 2012 freeware Slender: The Eight Pages.

The game is set on a first-person view and takes place in the heart of a forest at night. The flashlight-equipped protagonist must find all the titular eight pages while eluding Slender Man. As you begin to collect more pages the forest becomes foggy and the tentacular antagonist becomes faster, although your running speed increases as well. The game ends when Slender Man touches you or if you stare at him for a long time. Not being quick in finding a page also results in a game over.

Its sequel The Arrival was released a year later and featured multiple levels, different characters, and a plot. It was praised for its scare factor and atmosphere but received negative reviews due to its repetitive gameplay and short length. 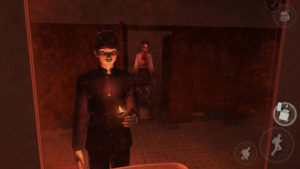 White Day was initially released in Korea way back in 2001 but it never managed to reach international shores. 16 years later a remake of the game was released by ROI Games with support for English and other languages. It was so frightening that players demanded the developer to release a patch that reduces the scare factor.

The game deals with a young male student as he encounters his crush who left her diary behind. The protagonist sneaks into the school at night to return the diary and plant chocolates to surprise her. Unfortunately for the love-struck student the school is infested with restless spirits and a psychopath lurks its halls. The title pertains to March 14 in certain Asian countries where boys give sweets to the girls they like.

You control the protagonist in his quest to unravel the dark mysteries concerning the school while trying to escape from the forces that want him dead. The only way to survive is to flee as you are defenseless and will only rely on stealth and quick footwork. Careful where you hide though as the supernatural threat can manifest everywhere, from the dark confines of the vents to bringing the anatomy doll to life with a thirst for your blood. Your actions determine what among the eight endings you will get.

White Day does not rely solely on jump scares to impart the feeling of dread as the atmosphere itself plays a huge part in the scare department. It feels as if the school itself is the main antagonist. You can play the game on Android and iOS while Steam and PlayStation VR will have their own versions soon. 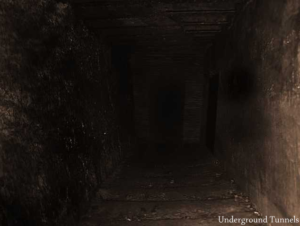 Flash games might no longer be as famous unlike before but if you are hankering for a horror game then check out the Exmortis trilogy.

These three games are all point-and-click like Five Nights at Freddy’s except the locations are static images. You move around while collecting items, solving puzzles, and learning about the backstory. The plot tells the story of an amnesiac protagonist who stumbles upon an abandoned house where learns about the genocidal cult called Exmortis and the gruesome methods that brought them to this world. The next two installments deal with the ravages of Exmortis as they nearly eradicate the helpless human race.

The atmosphere of dread is built up by well-drawn graphics plus the lingering background audio. There are also a lot of jump scares accompanied by deafening screams. Even the introductory credits of the first Exmortis game have screamers.

You can play all the three games on websites like Newgrounds however the third installment comes with a $20 price tag. Exmortis is best played at the dead of night with all your lights turned off and your headset volume set to maximum.

Amnesia: A Machine for Pigs 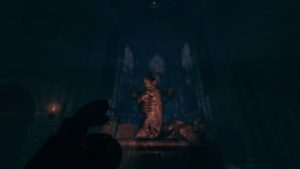 A Machine for Pigs takes place in the same universe as the critically-acclaimed The Dark Descent but in a different time period. Unlike the latter which was developed by Frictional Games, A Machine for Pigs was worked on by The Chinese Room.

The plot focuses on butcher and entrepreneur Oswald Mandus as he is contacted by “The Engineer” who asks him to repair “The Machine”. This puts Mandus on a journey through the dark underbellies of London while unraveling his sketchy memory through bits and pieces of information. Along the way he must avoid the hostile Pigmen as there are absolutely no means of fighting back.

There are a couple of things in The Dark Descent that were removed in this game like the inventory and sanity mechanic. Healing items are no longer included as Mandus’ health automatically regenerates. You can still move objects around with your hands and sources of light can still put you in danger of detection.

The dark atmosphere in A Machine for Pigs imparts a feeling of claustrophobia sprinkled with creepy sound effects. Nothing beats the terror as you slowly move along a dark corridor with a dim lantern in hand, not knowing if a hostile swine monster will jump in front of you when you open a door. The game was released in 2013 and you can get it on Steam for $19.99. 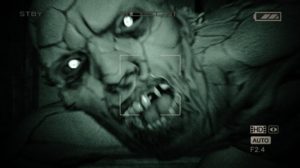 Outlast puts you in the shoes of freelance reporter Miles Upshur as he investigates the Mount Massive Asylum after receiving a tip regarding unethical experiments being done there.

You are only equipped with a notebook and a camcorder. The latter’s night vision capabilities allow you to see in the dark but it drains the batteries. The hallways are lurking with homicidal “Variants” and there’s nothing you can do about them other than to flee and hide. Some of these hostiles are intelligent and may actually exert effort in looking for you. Hiding places are not even assurances of safety as you can be dragged out of it and murdered. Getting detected results in a chase that will surely end in your gruesome demise unless you are lucky enough to not stumble upon a dead end.

Aside from being defenseless Outlast makes survival a lot more challenging with the limited battery life of the camcorder. You are forced to conserve its use until you can find spare batteries, and if your camera runs out of juice your vision in the dark will be severely limited.

The prequel to this game comes in the form of a DLC named Whistleblower. It focuses on Waylon Park, the man responsible for giving the anonymous tip to Upshur, and also deals with the events after the ending of the original game. The sequel Outlast 2 is also in the works and is set for a release in late 2016.

There we go with our top five games like Five Nights at Freddy’s. Have you played any of these games? Do you know of other similar games? Let us know in the comments below.