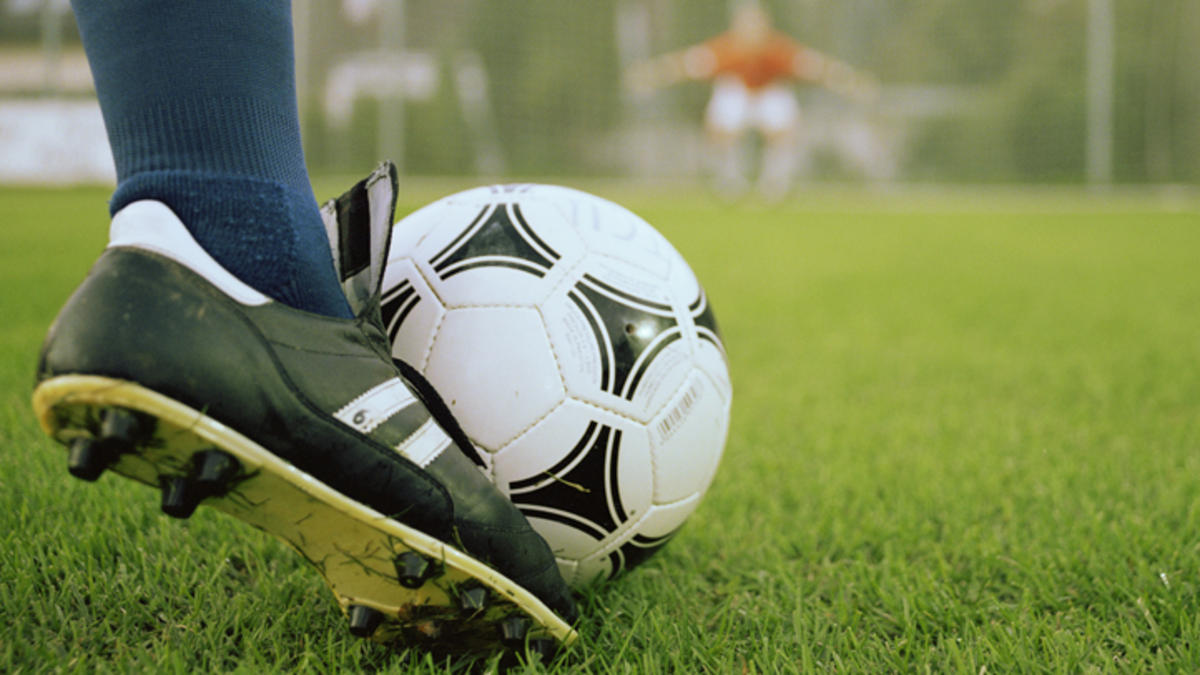 Soccer is one of the most famous sports in the world nowadays. Players engage head-on in fast-paced matches as they fight to score a goal in neck-break speeds. There are millions of players globally who play soccer, and those who kick the ball in the big leagues are celebrities with massive fanbases and lucrative sponsorship deals. Not to mention that performing well in the sport also nets them a good bonus alongside their already-handsome salaries.

Without further ado here are your top ten highest paid soccer players with their earnings: 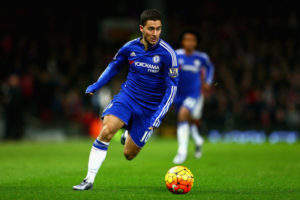 Eden Michael Hazard has signed a five year deal with Chelsea in January last year which will ensure him around $16 million until the contract expires. Aside from that the midfielder has also secured a deal with Chinese sports platform Sina Sports where he will share stories regarding Chelsea along with his own personal tales in the game. His other recent sponsorship deals include Lotus Bakeries in promotion of their Biscoff biscuits, and trading card manufacturer Topps in their Match Attax card game. These endorsements and sponsorships are believed to add around $4 million worth of income to Hazard. 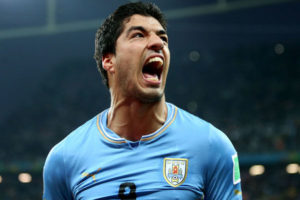 The controversial Uruguayan striker commands a salary of $18 million. He helped FC Barcelona amass a record-breaking 180 goals in the previous year by scoring a total of 51 goals of his own coupled by 22 assists. He appeared in a television advertisement of electronics brand Beko and softdrink giant Pepsi, and was spotted last March wearing unreleased Adidas footwear. Suarez’ contract still has four years left, up to 2019, and he is reported to receive a weekly salary of $290 thousand. 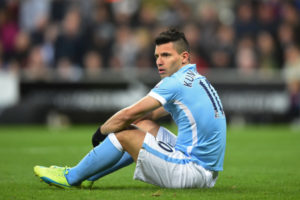 Sergio “Kun” Aguero of the Argentina National Football Team and Manchester City recently scored his 100th goal in the Premier League last April 19, 2016. This earned him the recognition of being the second fastest player to attain such an impressive number of goals after 147 games, with the first being Alan Shearer who did it with just 124. Aguero’s long-term sponsor is PUMA and has also made an appearance in a Pepsi advertisement this April. With a salary of $17 million and endorsements that rake in more or less $7 million, Aguero has been ranked as the 45th highest-paid athlete by Forbes. 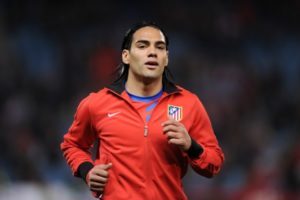 The striker of AS Monaco is set to return to his home club for the upcoming 2016/17 season after being recently released by Chelsea and what many believe to be a very disappointing performance plagued by injuries. Falcao was once seen as one of the best strikers in the sport until a grievous injury last 2014 not only put him out of the World Cup but also changed his form. Falcao’s salary reaches an astonishing $21.9 million which is augmented by another $4 million coming from endorsement deals struck with PUMA. 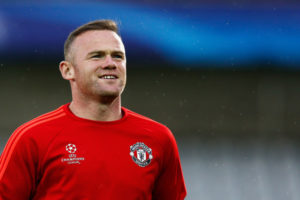 Wayne Rooney is both the forward and captain of two football clubs and still has an ongoing contract with Manchester United that will end in 2019 which is worth $105 million. Rooney’s career is also slated for a five-book autobiography courtesy of HarperCollins since 2006 and runs for up to 12 years. This added a $9 million advance with royalties to his pocket. His deal with the publisher is regarded as among the largest deals involving sports books in publishing history. Rooney is also signed with Nike and has appeared in many advertisements of the footwear giant. 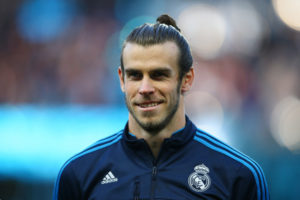 The Real Madrid winger has been praised for his exceptional skill in the field. Recently Bale has overtaken Gary Lineker’s 42 goals with his 43, making him the British player with the highest score in La Liga’s history. Bale is taking home a salary of $24 million plus an estimated $10 million for his endorsements. He is currently in the midst of his renewed six-year contract with Adidas. Last year Bale was enlisted by Australian telecommunications company Ziptel in promoting their app on social media. Bale’s 42 million followers in Facebook, Instagram, and Twitter easily trumped the numbers of the other sports stars who were also promoting the app. 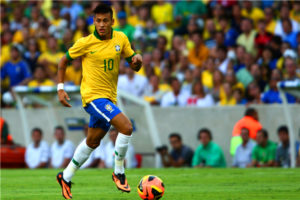 The young Neymar Jr. has already earned critical acclaim from fans and the media due to his remarkable abilities and accomplishments.  He was crowned as among the best soccer players in the world, a very marketable athlete, and as one of the most famous athletes on a global scale. Aside from that his website recently bagged the People’s Voice award in the Webby Award’s Sports Sites category. Both his reputable soccer skills and his online presence attracted a lot of endorsement deals from different brands. Neymar Jr. was featured in Nike’s advertisement “The Neymar Jr. Effect” which utilized virtual reality and showed the player’s perspective on the field. His $22 million earnings from endorsements were greater than his $14 million salary from the field. 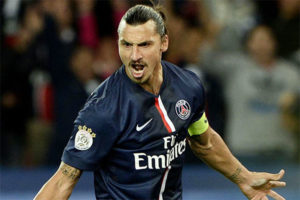 Zlatan Ibrahimovic was a forward in the Paris Saint-Germain F.C. for the 2015-2016 season and is both the club’s and Sweden’s best goalscorer. His efforts in the field have earned him the Guldbollen award (given to the best male Swedish player of the year) ten times with nine being consecutive. Ibrahimovic is currently a free agent with Manchester United eyeing him with a $364 thousand per week deal for one year. He signed a $2.8 million deal with Nike that will last until 2019. Ibahimovic is also the ambassador of Swedish beverage company Vitamin Well and has launched his own brew named Vitamin Well Upgrade. The player has taken home a salary of $30 million with an additional $7 million from endorsements. 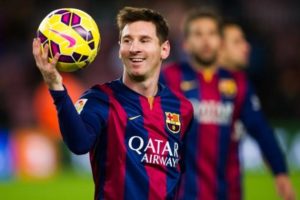 Lionel Messi was touted as one of the best soccer players in a global scale and this is backed up by his abilities in the field and the numerous awards and titles that he bagged during his career.  Despite suffering from a past injury Messi got back up to his feet and led his FC Barcelona to glorious victories. Such accolades earned Messi a generous number of lucrative endorsement deals from a wide range of brands like Samsung, Turkish Airlines, Electronic Arts, and many more that drift. Without a doubt these deals bring Messi an additional $10 million to his $51 million salary. His endorsement deal with Adidas is considered to be the 5th biggest in sports history, and from that brand alone he rakes in $20 million yearly for seven years. 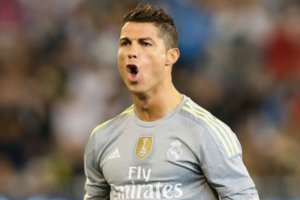 Cristiano Ronaldo is believed by many to be the rival of Messi as the two players are both seen as the best in the sport with accolades and impressive performances to prove it. Ronaldo was crowned by FIFA as the best player in the world thrice and has achieved records like scoring the most number of goals in one season.  Ronaldo’s name is a brand in itself that has attracted many handsome deals including his $21.7 million per year deal with Nike for five years, his appointment as the ambassador of online CFD trading service XTrade, and many others. His deals will earn him an estimated $32 million while his salary on the field and performance bonus totals at $56 million. He and his rival Messi are the top one and two names in the Forbes list of highest-paid athletes in the last 12 months.

There we go with the top ten highest-paid soccer players. What can you say about their eye-watering earnings? Do you have other players who should be included on the list? Let us know in the comments below.