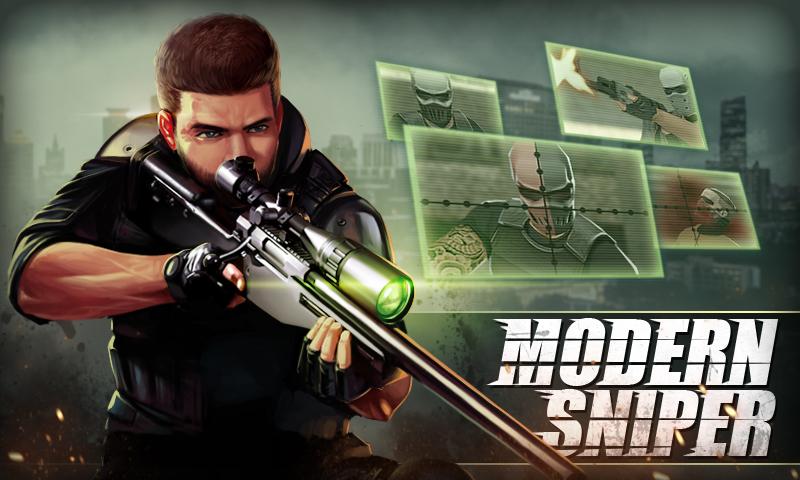 Modern Sniper is a mobile game where you must use your high-powered rifle and impeccable accuracy to dispatch a number of foes with a shot or two. As you successfully complete missions and achievements you will be rewarded with Cash which is used to purchase better rifles, upgrades, and other needed items.

If you are new to this game and are looking for some things to keep in mind then check out our tips and tricks for Modern Sniper. 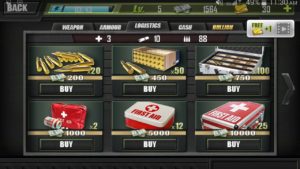 Purchase First Aid kits and have your armor fully repaired to avoid getting killed quickly by a swarm of bullets. The latter is very crucial as it helps reduce damage. Once your armor runs out of durability you’ll be easily taken down by multiple foes shooting at you simultaneously. As for First Aid kits you should be aware of your thumb’s positioning so you will not accidentally tap its button which is above the shooting mode. I have wasted one too many First Aid kits through this.

Don’t get caught in the middle of a fight with only three bullets left. Once you’re out of ammo a menu will pop-up prompting you to purchase bullets. Although this does not really affect your mission’s timer, it can put players out of their momentum. Avoid this by always ensuring that you have enough ammunition before taking on a mission. If you find yourself too broke to buy even one piece of ammo then don’t hesitate to sacrifice some Bullion to top up Cash for purchase. You can’t play a sniper game without having any bullets to kill your enemies with.

Try your best to avoid upgrading anything and instead save up your cash for better rifles especially when you are just at the first few levels. The first rifle you’ll be able to buy costs 8,000 cash, and the costs for upgrading a gun’s stats increases with every tap you make. Do not stick with the lowest-tier rifle as this will only lead to difficulties once you get to the later stages, and fully upgrading it won’t help as well.

Practice your aim by repeating earlier missions that you already completed. At least now you know the patterns and hiding spots of your enemies so you can just focus on shooting them dead before they can react. Your efforts will not be in vain of course as you will still be rewarded with Cash and experience points even if you have beaten the level before. 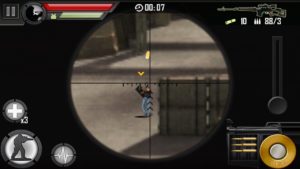 Upon the start of a mission do not shoot anyone yet. Look around and observe the surroundings and the movement patterns of your prey. Hover your crosshairs over them to make a small arrow appear atop their heads. This will make tracking a little bit easier later in the game. Also take note of explosive barrels. They are very helpful in dispatching multiple enemies who foolishly pass by them.

Contrary to what the game seems to imply, Modern Sniper is not really that much of a stealth game. Once you pop your first target you’ll be immediately spotted and everyone will be shooting at you. Using the silencer gives you the chance of dispatching an enemy without getting detected although it is limited and does not always work. But if you’re new to this game and want to try it out, make sure that you score a headshot when you equip a silencer to increase the chances of slipping away unnoticed. Don’t forget to unequip the silencer once the enemies know your position as it is now useless and will only be wasted.

Headshots are the best way to dispatch foes in Modern Sniper. Consistently scoring those will net you better rewards. Alternatively you should aim for their legs if you missed a shot and they start running for cover. Doing so will greatly reduce the target’s movement speed so you can riddle him full of holes before he could take shelter.

Here’s a little trick when you’re fighting armored enemies: after firing a shot you should immediately take cover. Successfully doing so will leave you unscathed as your enemy fires his barrage. Practice this trick so you can save health and armor while taking down those pesky tough guys. Also this will be immensely helpful when you are trying to accomplish the Crack Shot achievement (fire a specific number of consecutive shots on a target).

Another trick is to slowly move your rifle around in small circles instead of letting it sit idly while you wait for a target to move out of cover. Doing so will somehow minimize the shaking of your rifle and make it a little bit more stable. 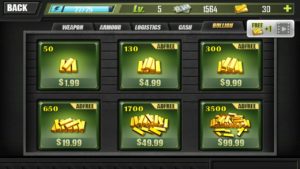 Don’t forget to visit the spinning wheel everyday for a chance to win rewards like ammunition or a piece of Excalibur. You can also score Cash and Bullion here.  Try to stick with that once a day spin and do not be tempted to waste 10 Bullion in getting another spin unless you are feeling extremely lucky.

Make it a habit in clicking the “free +1 Bullion” button at the top right of your screen. It will play an advertisement for another mobile game or app and reward you with one bar of Bullion. If it is green then it means a video is available, and if it is grey then there is no advertisement for you to watch. It helps if you stay connected to the Internet so there will be more videos available. Being offline only nets you one or two videos at best.

You might notice that the fifth mission in chapter one has a huge dollar sign over its portrait. Here you will be tasked in killing enemies that are fleeing from the scene. Yes they will not retaliate and will only run towards the opposite direction. The Cash rewards here are quite handsome so you better practice your shots. Be accurate and do not waste a bullet as much as possible. Aiming for the legs to maim armored foes is incredibly useful here. You can play this mission once every hour.

Keep playing the game until your character hits level 5 so you can access Endless mode. Here you will face a never-ending swarm of enemies and you’ll have to do your best to survive for as long as you can. You are already detected once this mode starts so there’s no use in going stealthy. The Cash reward you will accumulate here depends on your performance and how long you survived.

Achievements reward you with four digits of Cash plus a random item which is not bad of a boost during the early stages of the game. Here are some that you can easily complete:

Hard-worker: Play the game for an X number of seconds. The first rank requires 3,600 seconds (1 hour). You can just leave the game open without playing it.

Avoid websites or programs that promise to provide you infinite Bullion or unlock every weapon and level in the game. These tools or “hacks” do not work most of the time and may install a virus or keylogger on your device if you ever decide to use one.

I hope that these tips and tricks for Modern Sniper will help you 3-star the levels and accurately shoot each and every head of your targets. Just keep practicing your aim, always be prepared in missions, and save up your Cash for better purchases. Happy hunting!