Akon Net Worth – How Rich is Akon 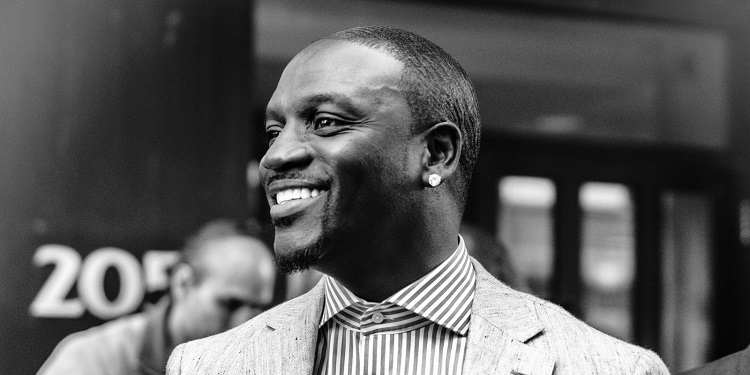 How Did Akon make their money & wealth

Akon was born as Aliaume Damala Badara Akon Thiam on April 16, 1973 in St. Louis, Missouri. His mother was a dancer, and his father a percussionist. Akon spent much of his childhood in Senegal, his father’s country. When he was 7, he and his family moved to New Jersey.

Encouraged by his parents, Akon learned to play five instruments, including drums, guitar and djembe. He also began singing in his teenage years. After graduating from high-school in New Jersey, he attended Clark Atlanta University in Atlanta, Georgia, but dropped out after a semester.

He then started focusing on the music business, writing and recording songs every day. The songs eventually found their way to SRC/Universal, and in 2003 Akon got his own record deal. His debut solo album “Trouble” was released on June 29, 2004. The album blended Akon’s West-African vocals with East Coast and Southern beats. One of its singles “Locked Up” reached #8 in the U.S. and #5 in the UK. Another single “Ghetto” became a radio after it was remixed by DJ Green Lantern with verses from 2Pac and The Notorious B.I.G.

Akon co-founded the record label Konvict Muzik under Universal. He used his record label to release his second and third albums. His second album, 2006’s Konvicted, was an even bigger success than Locked Up. Several singles became hits and topped the Billboard charts. Two of the singles featured guest appearances by Eminem and Snoop Dogg. His third album “Freedom” was released in 2008 and received mix reviews.

Throughout his career, Akon has collaborated with many successful artists like Lady GaGa, Gwen Stefani, and Whitney Houston. He was a guest-artist on over 300 songs. Akon has expanded his work outside of music. In 2014, he appeared in the movie American Heist, sharing the screen with Hayden Christensen and Adrien Brody. As of 2016, Akon has four more movies in production.

Akon is not married, but he claims to have six children with three different women. He says he has great relationships with all of them, and that he wants to keep his family out of the public eye.

How much money does Akon make per show

Akon’s house is located in a cul-de-sac in a gated community in Atlanta. The mansion was built in 1990 on a 15,000 feet property, and has a modern glass-and-stucco façade. It has a large living room, a dining room with a bar area, a glass-enclosed sunroom, a big kitchen, six bedrooms and six bathrooms. It has both indoor and outdoor swimming pools, an indoor basketball court, a tennis court, and two guesthouses.

But his biggest philanthropic work is a project he started himself, called Akon Lighting Africa, which aims to bring electricity by solar energy in rural Africa. It was launched in February 2014, and now provides electricity in 14 African countries, including Guinea, Senegal, Mali, Niger, Benin and Sierra Leone. The company employs over 5,000 people, most of them young, who install and maintain solar equipment.