Angelina Jolie Net Worth- How Rich is Angelia Jolie 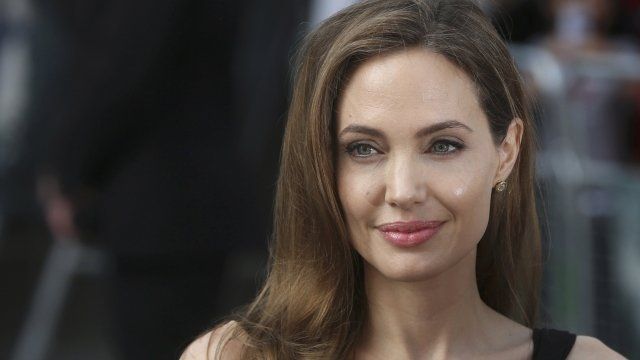 Angelina Jolie is best known for her superb acting capabilities that can take on any role. More importantly she is known for her charitable efforts that have benefited millions around the globe. Read on and find out more about her rise to fortune and her generosity towards the needy.

How did Angelina Jolie make her money & wealth 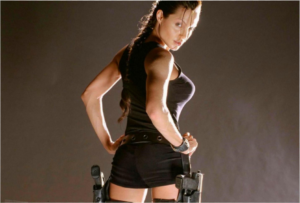 Angelina Jolie Voight was born on June 04, 1975 in Los Angeles, California. With her parents being notable actors (Jon Voight and Marcheline Bertrand) Jolie found her own interest in acting at an early age. However her childhood and teenage years were not all sunshine and rainbows as Jolie struggled with self-destructive behavior. She later claimed that her life straightened out after adopting Maddox.

Jolie initially appeared in music videos and in the straight-to-video film Cyborg 2. Her first starring role was in the 1995 techno-thriller Hackers. Jolie’s other films in that decade further exhibited her acting prowess, with her performances in George Wallace and Gia earned Jolie awards and accolades. She became internationally known after starring as Lara Croft in 2001’s Lara Croft: Tomb Raider that displayed Jolie’s capabilities in action-packed roles.

As the years passed by Jolie starred in films that ranged from commercial successes to critical failures, but despite the negative film reviews her reputation as a star was not tarnished. Jolie also ventured in providing voices for animated films like Shark Tale and the Kung Fu Panda trilogy. She had her directorial debut in the 2007 documentary A Place in Time, and the 2011 drama film In the Land of Blood and Honey was the first feature film Jolie directed. She would later direct two more films namely Unbroken (2014) and By the Sea (2015), the latter she also starred and produced with husband Brad Pitt. Her latest directorial work is in the upcoming biographical thriller First They Killed My Father set for a release this year. She also serves as the producer of the animated movie The Breadwinner which is currently in production.

Jolie’s income primarily stems from the film industry with her acting and directorial work. Jolie had a few endorsements as she was known to be quite careful in choosing deals. From 2005 to 2010 Jolie was chosen as the face of the fashion brand St. John and she appeared in many of their advertising campaigns. In 2007 she promoted products of Japanese cosmetic company Shiseido and the ads only appeared in Japan. Four years later Jolie struck an endorsement deal worth $10 million with Louis Vuitton for their Core Values campaign.

She is among the handful of celebrities who paid $250,000 for a suborbital flight ticket courtesy of spaceflight company Virgin Galactic. Some of her passions include airplanes (Jolie owns a Cirrus SR22 which she personally flies) and collecting daggers. Jolie is currently appointed by the London School of Economics as a visiting professor for students of their Centre for Women, Peace and Security.

Yes to actor Brad Pitt whom she starred with in the 2005 action film Mr. & Mrs Smith. Previously she was married to Hackers co-star Jonny Lee Miller in 1996 and their divorce was finalized three years later. Next was with fellow Pushing Tin star Billy Bob Thornton in 2000 and divorced in 2003.

Does Angelina Jolie have kids?

How much money does Angelina Jolie make per film?

Jolie commands a salary ranging from $7 to $15 million for every film she stars in. 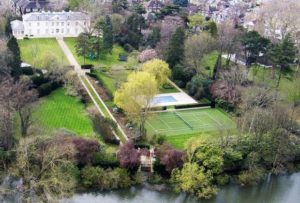 Jolie and her family are currently renting a mansion in Surrey for $21,000 a month. She and Pitt have a slew of other properties and recently they purchased a $3.5 million abode in Majorca.

In 2001, during the filming of Lara Croft: Tomb Raider, Jolie met with Cambodians who were living in danger due to the unseen threat of landmines. This experience opened her eyes to the extent of humanitarian crises around the globe. Jolie sought out the United Nations High Commissions for Refugees (UNHCR) to learn more about lending a hand to the needy. She was appointed as a Goodwill Ambassador for her efforts in Afghanistan, Cambodia, Sierra Leone, and Tanzania within that year.

Within a single decade Jolie’s charity work as a UNHCR Goodwill Ambassador covered more than 30 countries. She visited war zones like Sudan and Kabul regardless of the danger. Her passion in flying was put to good use when she flew aircraft to help with transporting supplies and fellow aid workers. Thanks to her tireless charitable efforts Jolie was promoted as a Special Envoy for the UNHCR. Also Jolie funded the construction of schools and facilities n Afghanistan, Ethiopia, and Kenya.

In 2003 Jolie purchased a house in northwest Cambodia next to a poorly-supported national park. After learning about the plight of the animals due to poachers Jolie decided to purchase 60,000 hectares of the park and turned it into a nature reserve. The project was named the Maddox Jolie-Pitt Foundation. Later on the project expanded into a fully-developed Millennium Village home to thousands of villagers. The house she bought served as the Foundation’s headquarters. Aside from the Village, Jolie also sought the construction of around ten schools throughout Cambodia.

Jolie and Pitt became the patrons of the organization Harnas Wildlife Foundation in Windhoek, Namibia. The organization rescued and took care of abused and injured animals ranging from meerkats to leopards. Through their Shiloh Jolie-Pitt Foundation the husband and wife duo supported animal conservation projects and humanitarian efforts for the indigenous population. The pair also donated a million dollars to Doctors Without Borders and Global Action for Children in 2006 through the Jolie-Pitt Foundation.

Jolie advocated support of child immigrants around the world especially in regions affected by war. In cooperation with economist Eugene Sperling she founded the Education Partnership for Children of Conflict in 2006 and proceeds from her Style of Jolie jewelry collection went to the partnership’s funding. Two years later Jolie partnered with Microsoft in founding Kids in Need of Defense (KIND). KIND supported unaccompanied and immigrant minors with free legal aid.

The Jolie-Pitt Foundation created the Jolie Legal Fellowship in 2011 wherein its member attorneys focused on human rights development and other judicial concerns in countries torn by disaster and conflict.

In 2012 Jolie and politician William Hague founded the Preventing Sexual Violence Initiative. The initiative helped combat and raise awareness to wartime sexual violence. Jolie successfully urged the United Nations Security Council in adopting a resolution regarding the issue. Jolie and Hague both co-chaired the three-day summit Global Summit to End Sexual Violence in Conflict which was held in London in 2014. Thousands of delegates from around the world tackled issues regarding wartime rape and the movement in changing the stance towards such a heinous crime.

Jolie’s $1 million donation to the UNHCR in 2001 was the largest private individual contribution the agency received. She was the first person ever to receive the Citizen of the World Award as given by the United Nations Correspondents Association in 2003. Thanks to her humanitarian efforts Jolie also received a multitude of awards from various committees and organizations.

In 2005 Jolie was awarded with a Cambodian citizenship by King Norodom Sihamoni for her conservation and environmental efforts in the country. In 2007 Jolie’s nomination for membership on the think tank Council on Foreign Relation was approved. Some of its members include Condoleezza Rice and former presidents Jimmy Carter and Bill Clinton.

Jolie was ranked as the highest-earning actress in 2008 with her $15 million salary per film.

For her efforts in raising awareness to the Bosnian War in her film In the Land of Blood and Honey, Jolie was awarded with the Heart of Sarajevo during the Sarajevo Film Festival in 2011. She was also named as an honorary citizen of the Bosnian capital city.