Birdman Net Worth 2018 – How Rich is Birdman 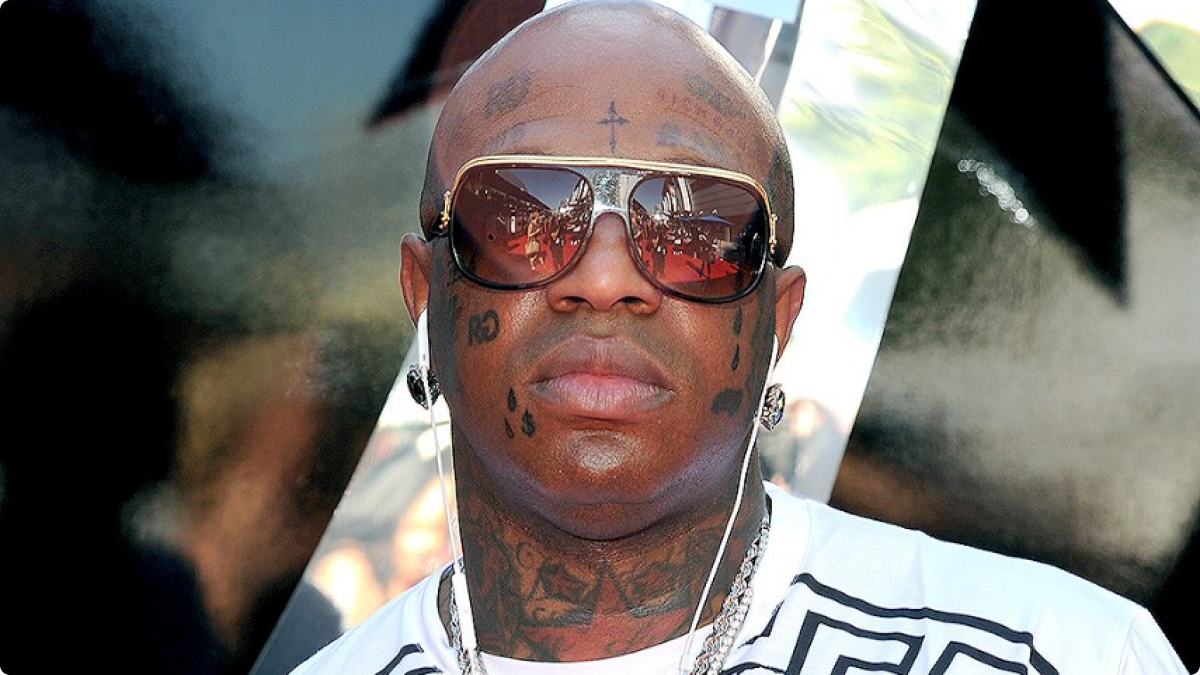 When one looks at a list of the top ten richest rappers in the world, there are some names that aren’t surprising at all. These are the rappers who have been dominating the airwaves for twenty years, have influenced the direction of the genre, and have become pop culture icons. Dr. Dre, Jay Z, and Eminem have al made hundreds of millions of dollars by being some of the most popular rappers in the world for years.

On the other hand are the rappers who haven’t appeared in as many songs, but have built up huge fortunes from other enterprises. Diddy fits into this group, as does Master P, and so does the tenth richest rapper in the world, Birdman. Birdman has been rapping since the ’90s, but has arguably become more famous for his record label, Cash Money Records. He has a clothing line, and was involved in a suspicious oil company. He made millions of dollars through a partnership with Lil Wayne, but has been feuding with Lil Wayne in recent years, and apparently losing millions of dollars. Let’s take a look at how Birdman made his millions.

How Did Birdman Make His Money And Wealth?

Bryan Williams was born in New Orleans on February 15th, 1969, which makes him forty seven years old now. He has a brother, Ronald “Slim” Williams, who is two years older than him. Slim is actually the eighth richest rapper in the world, with around twenty million more dollars than his brother. Back in 1991, Birdman and Slim founded Cash Money Records together. Birdman has said in interviews that he started the label knowing that it was a way for him to work his way out of the projects, find a positive way of living, as well as a way to help other struggling artists elevate themselves out of poverty. In the early ’90s, Cash Money started out putting out records by local artists, achieving small amounts of regional success but without any hits. However, in 1998, the label struck a deal with Universal Records, who signed a $30 million distribution deal with the label and gave them a $3 million advance. They would go on to begin pumping out his records in the late ’90s, propelled by the rising star of Lil Wayne. 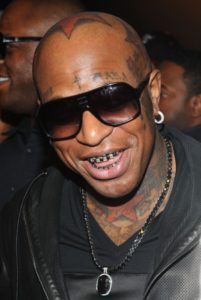 producer, Mannie Fresh. During the time that the duo were active, Birdman was called Baby. Big Tymers had their first platinum album in 2000, and had their most successful release in 2002 with their album Hood Rich. The album reached number one on the Billboard Hot 200, and provided their biggest single, Still Fly. However, the group dissolved that same year because of money problems between Birdman and Mannie Fresh. There were talks of a reunion, but it never materialized.

The success of Cash Money Records amplified in the early 2000s, selling seven million records in a two year span during that time. In 2008, the label put out the song “Let It Rock,” a cheesy arena rock song that was a huge hit, and marked a willingness on the label’s part to branch away from hip-hop. They grew in popularity after winning a bidding war to sign Nicki Minaj and then Drake within a short period of time. The next year they signed DJ Khaled, and would sign Limp Bizkit in 2012. Meanwhile, Birdman has also been putting out music fairly consistently over the years. He has put out six studio albums, and has been involved with three collaborative albums. Lately, he has been promoting and working with the Atlanta based artists Young Thug and Rich Homie Quan. He was involved in a drawn out dispute with Lil Wayne over missing royalty payments, but it seems as though the pair have sorted through their problems, as they have made friendly appearances together lately.

As far as the information available on the internet shows, Birdman has never been married. He has, however, dated a number of fairly high profile singers and media personalities over the years. In 2014, he was dating the singer Keyshia Cole, who was married at the time, and TMZ reported on an altercation between Cole’s husband and Birdman. Lately, Birdman is said to be dating the singer Toni Braxton. The two of them have been dating since April.

Where Does Birdman Live? Picture Of Birdman’s House

Those who are familiar with Birdman’s public persona are aware of the fact that he doesn’t really ever miss an opportunity to be flashy with his wealth, and his house is no exception. Back in 2012, Birdman forked over around $15 million for an extremely large house in Miami. The house is palatial, and is almost twenty thousand square feet. It has twenty foot high ceilings, seventeen bathrooms, and nine bedrooms. It has two swimming pools, a spa, and an outdoor bungalow.

What Does Birdman Drive? Picture Of Birdman’s Car

Birdman’s car collection may be more impressive than his house. He has a $2 million Bugatti. However, the 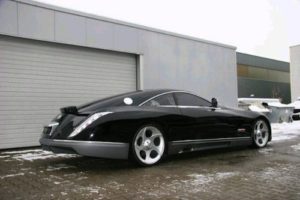 most impressive car he owns has to be his $8.7 Million Maybach. The Maybach Exelero is the most expensive car in the world, so it makes sense for him to have purchased it as he is seemingly obsessed with wealth. Birdman is said to have thirty-two collectable cars in total, and six luxury cars. He has multiple Lamborghinis, a Bentley, and who knows what all else.

How Much Did Birdman Earn Last Year?

Birdman is reported to have earned somewhere in the area of $18 million last year, although he has also been having some financial problems according to reports. He apparently owes around $2 million to the government in taxes, as well as one million dollars to a construction company. Still, he has quite a lot of money coming in from his label as well as royalties from his own music, not to mention that he could simply sell off one of his luxury cars to easily pay off his debts.

Birdman’s Involvement In The Oil Industry 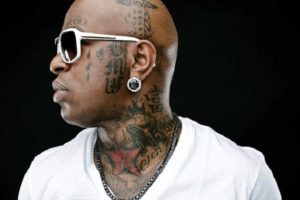 Back in 2010, Birdman and his brother Ronald started an oil company called Bronald Oil and Gas. Bronald is obviously a very silly name, and is a combination of the names Bryan and Ronald. Nobody ever really figured out what the company’s operations were, but they had a website and Birdman had a tattoo of an oil jack on the side of his face. According to the website, the goal of the company was to develop oil and gas holdings that already existed, as well as to scout out new locations. In an interview in 2010, he said that he had been involved in oil for a handful of years and that it was making him a lot of money. However, later in 2010, Birdman started to cover up the oil jack tattoo on his face, which lead people to think that the business wasn’t going so well. Information emerged that the company had never even filed for oil and gas permits and that they had never really operated in any capacity. The next year, the website went down, and no evidence of the company’s existence remains.

Birdman has been involved in some drug and gun related incidents over the years. Back in 2007, he was arrested and charged in Tennessee because he was in possession of around a pound of marijuana. In 2009, he was sued by an Italian man for using some spoken word recordings of the man’s voice without permission on his records. Last year, in the midst of their heated feud, Lil Wayne’s tour bus was shot up while he was on tour. Many people assumed that he was involved in some capacity, but it was never confirmed.

A few months ago, he made an appearance on the popular radio show The Breakfast Club. The interview was live and in it, he angrily told the hosts that they needed to use more respect when discussing them, and accused them of spreading misinformation about him on the radio. The interview was brief, as Birdman got up and left after only a couple minutes, in a state of great agitation. The incident because a kind of phenomena on social media, and The Breakfast Club named Birdman their “donkey of the day” because of his actions. Birdman apologized for his outburst. In his typically savvy fashion, Birdman tried to capitalize on the publicity that the incident drew. He started a clothing line with catchphrases that he had popularized in the viral video and sold the clothes on the internet.