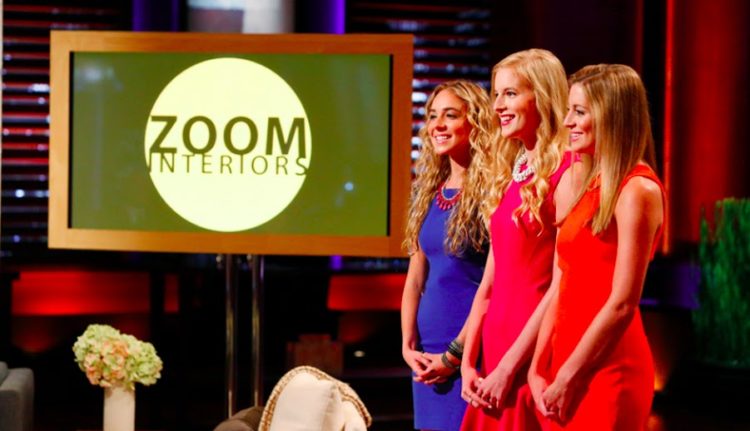 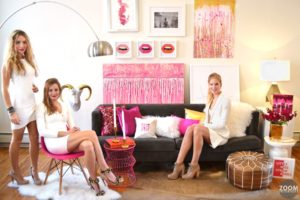 After meeting in college, Madeline Fraser, Lizzie Grover, and Bea Fischel-Bock became an inseparable trio. The group quickly bonded through their love of fashion and design. Each woman was going to school for interior design so that they might help the creatively impaired to furnish a cozy and modern home. However, these young ladies wanted to revolutionize the industry they were entering. It became their collective goal to make the interior designing process affordable and easy for everyone online.

The beginning steps of the designing process is relatively easy. Because the 3 women understand just how intimidating hiring an interior designer may be, they formulated a simple room survey online so that they can get a better idea of what exactly it is that the customer wants. After completing the survey the customer will then be contacted by one of the designers through a Skype or average phone call where they will provide the customer with additional information on how their process works and will give a free consultation. Simple enough.

After the Zoom Interior experts create a finished redesign of the room, customers will be sent a Zoom Board. This board will list all of the furnishings that are required for the new room design and allows the theoretical buyer to visualize the new layout of their room. If the finished design is not up to par, they may request up to two additional remodels after consulting with the Zoom Designers. Once everything has been settled upon and it comes time to order the new furniture, it is only a matter of clicking the shopping cart to make purchases and have the items shipped to their new home.

Once Lizzie, Madeline, and Bea finished college, they moved to Philadelphia in hopes of really starting their business there. However, being a bunch of girls who only just graduated from college, their financial stability is not strong enough to support a brand new company. The only way they can kickstart Zoom Interiors would be with the monetary aid from one of the Sharks from ABC’S Shark Tank.

Following standard introductions, the Zoom Designers lay down their asking price of $100k for 20% of the company. The reason why their innovative idea is worth so much is because it will “revolutionize” the whole interior design market by giving people easy access and affordable consults. It is their goal as a team to create stylish living spaces for everyone so that they might enhance the living quality of their lives. Now with the company mission statement out of the way, the girls begin a step by step demonstration of how their interior design process really works.

Quickly going through their easy 6 step regiment, the Sharks are then presented with a set of recent before and after pictures of a room they worked to redesign. Each Shark looks pleasantly surprised after seeing the magic that the trio were capable of working, because they completely remodeled a drab, muddy colored room into a bright and fresh living space. With the first example out of the way, they then show a variety of other transformations that vary in style and price range. Each of their finished projects successfully wow the panel of Sharks.

Once the Zoom Interior’s introduction is finished, Kevin O’Leary inquires on how the ladies actually make money. It was during their junior year in college that they officially started the business, which only gives them 14 months of sales under their belt. During that time they experimented with their services and has since then reigned in $180k in sales. Of that $180k though, they only netted about $3k because they charge 18% commision service fee on the furniture that is purchased by their clients. O’Leary asks why they don’t just drop the free consultation and charge $199 before they speak to the customer. If they were to be charged before the consultation, they would be more likely to follow through with the rest of the redesign process because they already paid for it. According to the girls, only 1 in 8 people who fill out their survey go through with the process, so this seems like a good way to weed out the faux customers.

In addition to few customers, the girls also have to put in a lot of hours into each individual consultation which takes away from their general sales. However, they explain that it is their hope to reprogram the process to make it shorter after receiving help from one of the Sharks. They also plan on changing their 18% on the furniture sold to 55% in order to increase their profits. Uproar breaks through with the Sharks as they all fight to speak over one another. Lori Greiner attempts to understand how they plan on being a business while O’Leary shouts that it doesn’t really matter because it will never work anyway. Mark Cuban explains that they are anticipating to make sales with an online program they plan to finish in 6 months when in reality it would take around 6 years to design. He explains to them that $100k would never be enough and decides not to invest. Herjavec shows a little more interest, asking them how much of the $150k would go to furniture purchases that the girls would put a commision on, which they say would be about 90%. He then explains how they could hire someone to manage the free 15 minute phone calls because he believes that it is actually a good idea.

Chaos bursts through the Sharks again and they begin to attack the girls with questions which leave them floundering. Barbara Corcoran asks them how they plan to support themselves, to which they respond by saying they’ll get part-time jobs. Cuban immediately erupts and forbids them to ever do that. He insists that taking away any time from their business would bring about its downfall. Herjavec says he likes the idea of the business but does not like that they plan on taking the money to redesign the website. Cuban advises them not to and they respond with “If you don’t think that we should then we won’t”. This answer doesn’t impress Herjavec because he doesn’t like that they are looking for so much guidance from the Sharks. He only has the money to help them invest, not the time to generate ideas and plans, which is why he doesn’t invest.

Kevin O’Leary then explains that he never had faith in the company and no intention of investing. Greiner appears to be a little more sympathetic and feels bad for not investing because she does see the potential of the company, but she agrees with Cuban when he says that it’s going to be a long and tiresome road for them to get where they want to be. Last standing on the panel is Corcoran, who says she could go either way with the business. She likes the low investing fee, their energy, and low sales prices because it is memorable. However, she doesn’t like their intention to spend the money on application programming, so she makes them agree not to invest in that before making them an offer. Once they agreed to not move forward with the programming, Corcoran offers them $100k for 33% of Zoom Interiors. After brief discussion, all three women agree to accept the offer.

Zoom Interiors Now in 2018- The After Shark Tank Update 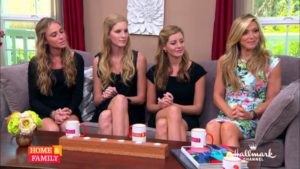 After appearing on Shark Tank, Zoom Interior received quite a lot of attention because of the high intensity episode. The girls appeared on a variety television news shows and had a few articles written about them in widely recognized newspapers. With the help of their investor, Barbara Corcoran, the girls were able to bring more attention to Zoom Interior’s website (https://zoominteriors.com) to bring in more business. Having such young faces, the group of girls also began to appeal to clients through the social media app, Instagram. On their website you can find pictures from said Instagram or check out their blog that allows you to get a glimpse inside the creative minds of each of these girls. Overall, since appearing on the show, Zoom Interior has done extremely well with the help of Corcoran.