French Montana Net Worth in 2018 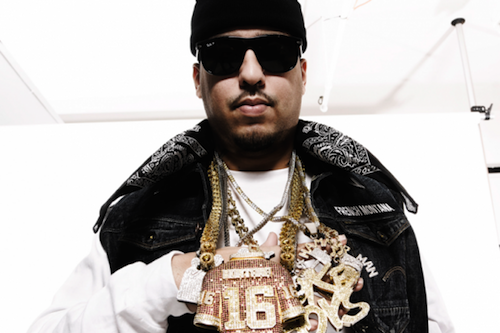 French Montana is a rapper whose journey towards fame and fortune began on the streets. From starting as a battle rapper and selling DVD’s to releasing more than a dozen mixtapes, Montana’s hard work resulted in millions on his net worth. He did not let quarrels with other rappers or even life-threatening situations stop his momentum.

Read on and find out more about Montana’s success story and how he got rich.

How did French Montana make his money & wealth?

Karim Kharbouch was born in Rabat, Morocco, on November 09, 1984. At an early age he became fond of rap music and he brought his passion along with him as the family moved to The Bronx in 1996. He spoke very little English and was only fluent in Arabic and French. Montana learned how to speak his third language through high school and on the streets.

Montana was first a battle rapper during his teenage years. He saw the opportunity to make money through DVD’s that focused on everything about hip hop. This led to the inception of his street DVD series Cocaine City in 2002 with the help of his good friend Camz. Rap fans were treated to a showcase of Montana’s skills in spitting rhymes, plus interviews on the prominent names in the realm of underground hip hop. Montana’s efforts on the streets paid off as Cocaine City eventually became a best-seller that spawned spinoffs and around 14 volumes. Later on he joined a rap group with his childhood friends and they became known as the Coke Boys.

2007 saw the release of Montana’s first mixtape titled French Revolution Volume 1. Many more mixtapes were released in the following years. Montana was becoming more prominent that famed singer Akon collaborated with him on a couple of tracks. The release of his 2012 single “Shot Caller” further propelled Montana’s name to greater heights with the song enjoying extensive airplay on radio stations in New York. By this time Montana was presented with offers from several record labels wherein he chose Maybach Music Group and Bad Boy Records.

In 2013 Montana released his first studio album titled Excuse My French. Some tracks in the album featured other performers like Snoop Dogg, Nicki Minaj, The Weeknd, and many others. The album was not well-received by critics and managed to rake in 94,000 sales a month after its release. Montana still continued releasing mixtapes and joining the likes of Jennifer Lopez and Puff Daddy on their respective singles. To date he has released 20 mixtapes and his upcoming second album MC4 is expected to hit the shelves on August 19, 2016.

Montana has other ventures that bring in money aside from his hip hop hustles. He inked an endorsement deal with fashion brand Pelle Pelle and was named as one of the brand ambassadors, or better known as Ciroc Boyz, of the vodka Ciroc. In 2008 Montana and rapper Max B founded the record label Coke Boys Records. Recently in June 2016 he released a mobile racing game titled Speed Gods that’s free to play but with paid elements that range from $1 to $99. He’s also made appearances in movies and television shows like The Perfect Match and Keeping Up with the Kardashians.

Montana welcomed an additional $60,000 to his pocket after winning a bet against rapper Drake. It was during the Cleveland Cavaliers vs. Golden State Warriors basketball game this June 2016, and Montana placed his bets on the former while Drake wagered on the latter. He also revealed that the first thing he purchased during the early days of becoming rich was a $250 thousand white Rolls-Royce Ghost.

Montana was married to Deen Kharbouch and their relationship lasted from 2007 until their divorce in 2014. Montana was then linked to other women like Sophia Body, Trina, Dorothy Wang, Khloe Kardashian, and Sanaa Lathan.

Does French Montana have kids?

It is reported that Montana earned $1.08 million last year.

In April 2016 Montana purchased the former mansion of Selena Gomez in Calabasas, California for $3.3 million.


Montana has a collection of cars that include a white BMW i8, a white Rolls-Royce Ghost, and a red Laraki Epitome.

In 2015 Montana was among the celebrity participants in the charity basketball game held by radio station Power 106. Proceeds raised from the game were donated to charity Homeboy Industries, a non-profit that helps previously incarcerated people and former gang members.

Also in 2015 Montana was given a $1 million bonus by Sean “Puff Daddy” Combs to reward the rapper’s hard work for that year. Montana decided to donate all that cash to a Bronx-based charity Entertainers 4 Education Alliance, a non-profit organization that helps kids and schools. Aside from the generous cash donation, Montana also gave 100 pairs of Reebok shoes to the organization.

Throughout his career Montana earned only one award (Best Club Banger in the 2013 BET Hip Hop Awards) and five nominations.

What’s with his name?

Montana revealed the meaning behind his name. French is derived from the influence left by France on his hometown of Morocco, and French was also one of the languages he spoke upon arriving to The Bronx. The Montana part he got from the Scarface character Tony Montana.