What Happened to Chad Michael Murray? 2018 News and Updates 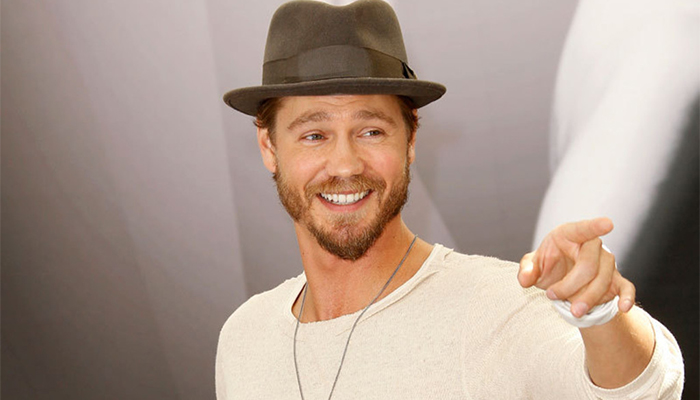 Chad Michael Murray is an American actor probably best known for his role in The WB/CB television series, One Tree Hill as Lucas Scott. The good looking blonde has also starred in various films during the early 2000’s including Freaky Friday, House of Wax, and A Cinderella Story. As an actor, Murray first debuted on the small screen in the year 2000, with a small guest role in an American anthology series titled Undressedーa TV series which followed the relationships of various individuals in the LA area.

The following years, the blonde worked hard and took on various acting gigs to make himself known in the industry; this would ultimately pay off as he soon found himself landing larger and more major roles. The actor finally got his breakthrough role in 2003 at the age of 22ーhe was cast as Lucas Scott, the leading role in the WB television drama One Tree Hill. The show later became a huge success, with over 4.5 million audience members tuning in for the finale episode of the first season. One Tree Hill would also become one of Murray’s best known acting roles to date.

But what has the blonde been up to recently? Is he still busying himself with acting and filming? What Happened to Chad Michael Murray? Where is he now in 2018? 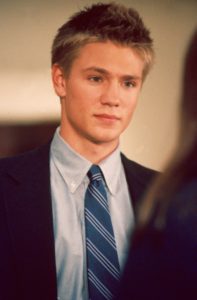 Born on August 24, 1981 in Buffalo, New York, Chad Michael Murray is the son of Rex Murray, who worked as an air traffic controller. He was abandoned by his biological mother as a young boy and was raised by his father and step mother. Murray has five siblings, a sister named Shannon, three brothers, Rex, Nicholas, and Brando, and a half brother named Tyler. Even as a young child, the blonde had always had an interest for acting and performing. At the age of four, Murray was known to have had performed in various skits and songs for his family.

As a young teen, Murray attended Clarence High School and was an active member of the school’s football team. However a few years into his high school life, an unfortunate incident took place during a game of football in which the blonde had broken his nose. When he went to the hospital to seek treatment for the injury, a nurse stunned by the teen’s good looks, encouraged Murray to pursue a professional modelling career. Funny enough, a couple of years later, Murray was offered a scholarship from a modelling agency to attend a modelling convention in Orlando, Floridaーlittle did he know it then, but this event would ultimately lead him indirectly towards his passion of acting.

After graduating from high school, the then 18 year old relocated to Hollywood to pursue an acting career. Whilst looking for an opportunity to break into the acting world, Murray worked as a model for various companies including Tommy Hilfiger, Skechers and Gucchi in order to make ends meet. He eventually landed a couple of minor roles on the small screen but they were trivial and forgettable. Persevering through the hurdles thrown against him, Murray finally got the break he needed in 2000 when he was cast as Tristan Dugrey, a reoccurring character in The Wb’s comedy drama Gilmore Girls. The blonde was just the actor that the writers of the show were looking forーsomeone charismatic, likeable with a bit of edge. 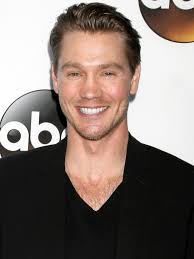 In 2001, Murray played the role of Charlie Todd in the American teen drama, Dawson’s Creek. He later starred in Aftermath: A Long Way Home, a television film about an abusive father who returns home to ask for his family’s forgiveness in 2003. But perhaps one of the better known films which Murray has taken a part of is the 2003 Walt Disney Pictures movie, Freaky Friday. Featuring fellow actors Jamie Lee Curtis and Lindsay Lohan, the comedy movie was a commercial success, having grossed over $22 million dollars in its opening weekend; it has since earned over $160 million dollars from the box office.

His major breakthrough eventually came in late 2003 when he was cast in The WB drama series One Tree Hill.  First airing that September, the show was about the relationship between two half brothers who had a less than ideal relationship; the two brothers, Lucas Scott and Nathan Scott were played by Murray and James Lafferty respectivelyーthis would be the blonde’s first major leading role in a television series. One Tree Hill soon became a big hit amongst the television network, having had over 4.5 million viewers for the finale of the first season. The series would continue for 187 episodes over a span of 9 years. For his portrayal of Lucas, Murray garnered numerous awards and nominations including two Teen Choice Awards.

With the role of Lucas Scott under his belt, the actor soon found himself being bathed in mainstream fame; re later received multiple high profile deals to become spokesperson for various big name companies including MasterCard and K-Mart. Murray also appeared on numerous mainstream magazines following his time on the show, including People magazine and the Rolling Stone. His efforts and fame finally caught up with him; in 2004, he was voted by readers to be one of “TV’s Sexiest Guys” in the People magazine.

Chad Michael Murray and His Post One Tree Hill Career 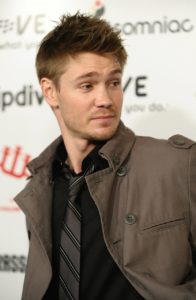 The following year, Murray starred in the teen comedy film, A Cinderella Story alongside actress Hilary Duff. While the movie was generally criticized for its generic plot upon its release, the film became a moderate box office success having earned over 70$ million dollars from a $19 million dollar budget. In the film, Murray plays the leading role of Austin Amesーa quarterback of the school football team who would later fall in love with Sam, Hilary Duff’s character. Despite the film’s negative reviews, it was later nominated for several Teen Choice Awards in 2005.

In 2005, Murray once again appeared in a leading role in the horror thriller film, House of Wax. In the movie, a group of teens find themselves lost in a small, deserted town and eventually stumble upon a wax museum; in a horrific realization, they later discover that they are not alone and that someone is plotting to hurt them. The blonde plays the role of Nick Jonesーone of the main teens of the group. Although the thriller did not perform ideally in terms of critic reviews, it grossed $12 million on the first day of its release and had later earned over $68 million across the globe. This movie also earned Murray his third Teen Choice Award in 2005, for the category “Choice Movie Actor in an Action/Adventure/Thriller”.

After having starred as Lucas Scott in One Tree Hill for a period of 6 years, it was later announced by The CW in May 2009 that the blonde will not be returning for the show’s seventh seasonーa fact that shocked many fans. In response to the news, a personal video message was later recorded and uploaded by Murray in which he states that the television network cut him from the show due to financial reasons.

The next few years, the actor appeared in a number of films and television series including the TV movie Lies in Plain Sight and Christmas Cupid in 2010. He also starred in side role in Fruitvale Stationーan American drama film which chronicled the last day of a police officer named Oscar Grant; the movie later received two major awards at the Sundance Film Festival in 2013. 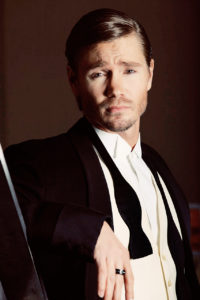 In 2004, Murray was engaged to fellow One Tree Hill actress, Sophia Bush; the couple later tied the knot together the following year on April 16. However after five months of marriage, the two announced their separation; they officially divorced in December 2006.

In 2005, Murray was announced to be in a relationship with the first runner-up of the 2005 Miss North Carolina Teen USA Pageant, Kenzie Daltonーshe had also starred in One Tree Hill as an extra. The couple became engaged the following year in April 2006 but eventually called off their seven year engagement in August 2013 citing personal differences.

Presently, the actor is married to Sarah Roemar, his co-star from the web series Chosen. The two welcomed their first child, a son on May 31, 2015. 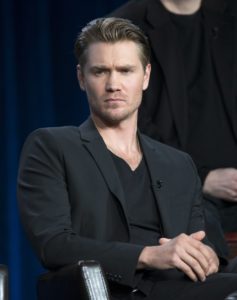 Lucky for us fans, Murray isn’t about to retire from the show biz just yet! The blonde starred in a drama thriller film titled Outlaws and Angels earlier this month in which he played the role of Henry. The movie takes place during the late 1880s and revolves around the struggles experienced by a family with group of violent fugitives. Besides appearing on the big screen, Murray has also appeared earlier this year reprising his role as Jack Thompson in the Marvel television series, Agent Carter. However while the show was initially critically acclaimed, viewership levels eventually declined as the series progressed. ABC ultimately canceled Agent Carter on May 12, 2016; the last episode aired on March 1, 2016.

Since the end of the television series One Tree Hill in 2012, fans have always eagerly hoped that a reunion would take placeーand it looks like their dream has finally come true! According to various news sources, the cast of the show is scheduled to gather in a mini reunion at the Chicago Marriott Downtown Magnificent Mile  this coming fall in November 2016. Besides Murray, who played the role of Lucas in the series so many years ago, several of the show’s other protagonists will be making an appearance including James Lafferty who played his brother, Nathan. The convention event also has various cast panels planned including autograph sessions and special performances by the actors themselvesーdefinitely something any One Tree Hill fan wouldn’t want to miss!

The now 34 year old actor also recently opened up about his experiences in fatherhood in an exclusive interview with ET Online. Murray, along with his wife and fellow actress Sara Roemer, welcomed their first child last May. In the interview, the blonde shares his personal insight on how the birth of his son has affected the way in which he views his media projects, citing that it has definitely been “a world changer”.

If you’d like to stay up to date with Chad Michael Murray via social media, you can find the star on both Instagram (@chadmurray15) and Twitter (@ChadMMurray). Don’t forget to give his official Facebook page a visit as well!