What Happened to Fantasia Barrino – 2018 Updates 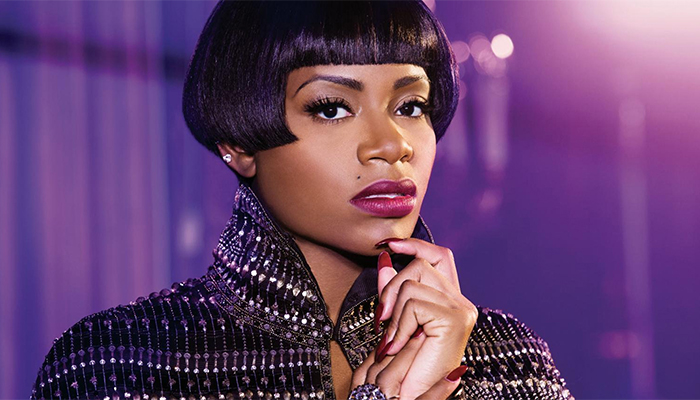 Fantasia Monique Barrino is a well known singer and songwriter who rose to fame when she won the third season of American Idol. Since her win in 2004, the dark skinned beauty has gone on to release a multitude of albums and singles, one of which included “Free Yourself”ーwhich garnered her three Grammy nominations and multiple Music Awards. The 2004 album was a commercial hit, selling over 240,000 copies within the first week of release. A few years later, Barrino won her first Grammy Award for Best Female R&B Vocal Performance in 2011 for her single “Bittersweet.”

Throughout her singing career, Barrino has sold over 2.8 million albums and 1.4 million tracks and have won numerous awards including the Grammy, three Billboard Awards, three NAACP Image Awards and two ASCAP Awards. Known for her passionate and powerful voice, the singer has been ranked number 32 on VH1’s list of “100 Greatest Women in Music” back in 2012. For her contributions to music, she has also been inducted into the North Carolina Music Hall of Fame in October 2014.

Not only is Barrino talented in singing, but she has also made various appearances on television including the original Lifetime TV Film The Fantasia Barrino Story: Life is Not a Fairy Tale, in which she played herself. The 2006 movie was a huge success, having garnered over 19 million viewers; it was later nominated for 4 NAACP Image Awards and a Teen Choice Award for “Outstanding TV Movie”. The singer has also lent her voice to an episode of Simpsons, in which she played the character Clarissa Wellington.

But what has the singer of American Idol fame been up to recently? What Happened to Fantasia Barrino? Where is she now in 2018? 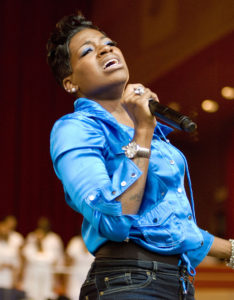 Born on June 30, 1984 in High Point, North Carolina, Fantasia Barrino was the daughter of Diane and Joseph Barrino. Even as a little girl, Barrino has always had an interest in music; in fact, music had run in her familyーher first cousins consisted of the R&B duo K-Ci & JoJo and her uncles were active in the 1970s as the R&B band “The Barrino Brothers”. She first began to sing at the age of five; she has cited Aretha Franklin, Tina Turner and Patti LaBelle to be her major musical influences growing up. During her time at Welborn Middle School, Barrino sang in the choir and had gone far enough to make the all county chorus.

Compared to her relatively happy childhood, her teen life was not as ideal. After finishing elementary school, Barrino attended Andrews High School in her hometown of High Point, North Carolina. However during her time at the school, the soon-to-be-singer eventually fell victim to an incident of rape. Left feeling embarassed and harassed, she ultimately dropped out of high school the following year at ninth grade. At the age of 16, Barrino found herself to be pregnant and living in an abusive relationship. Living with her ex-boyfriend in an older rundown apartment at the time, she felt given up by her family and was caught in a downward spiral. The singer eventually gave birth to her daughter, Zion Quari Barrino on August 8, 2001.

Barrino was ultimately able to get herself out of that lifestyle with the help of her daughter, Zion as she did not want her child to model herself after her life.

Fantasia Barrino and Her Time on American Idol 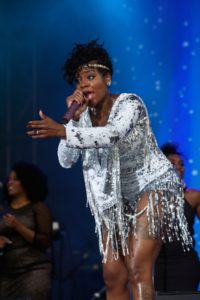 After receiving encouragement by family and friends to audition for the show, Barrino drove down to Atlanta to participate in the American Idol auditions. However, what some of us may not have known is the fact that the to-be winner almost didn’t get a chance to audition due to having been let in late by a security guard! After lining up for the Auditions, the singer found herself hungry and had left the area briefly with other fellow American Idol hopefuls to grab some food; but upon their return, they were dismayed by the fact that they weren’t being let back in by the staff. Eventually, Barrino made her way to the auditioning stage but by then, she was the last one left on the field to audition!

At the audition, the singer impressed the panel of judges with her performance, including British born, Simon Cowellーwho was known to be hard to please. She soon found herself flying through the stages of the competition. A notable performance included her rendition of Porgy and Bess’ “Summertime”; the song had left her in tears and had garnered her extreme praise from the judge panel. The performance eventually also landed a spot on AOL’s list of “Greatest Television Moments” in 2004.

For the finale of American Idol, Barrino once again sang a beautiful rendition “Summertime”. Throughout the finale sing-off, over 65 million votes were cast in order the determine the winner; the dark skinned singer eventually took home the winner’s title after defeating runner-up, Diana DeGarmo by a little over 1.3 million votes. On May 26, 2004, Barrino was declared as the winner of the third season of the competition series. 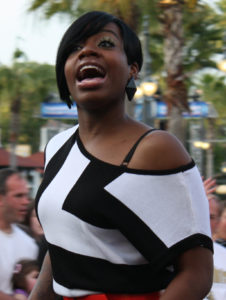 After winning American Idol at the age of 19, Barrino found herself plunged into gust of fame. After going off to participate in a US tour with other fellow Idol finalists, the singer eventually signed a recording contract with J Records. After weeks of working on her debut single, it was released on June 29, 2004. Titled “I Believe”, the record was a huge success having debuted at the number one spot on the Hot 100 ChartーBarrino was the first ever to have achieved this feat with a debut single. The single later went on to becoming one of the top selling singles in the country of 2004; it has since sold over 500,000 copies and has been certified double platinum by the CRIA.

A few months later in November 2004, Barrino released her first studio album titled “Free Yourself”. Similar to the success of her previous debut single release, the album was met with critical acclaim. It sold over 240,000 copies during its first week and has since sold over 2 million copies across the globe. The album has since been certified platinum in the US and has garnered the singer 10 award nominationsー3 of which were Grammy’s.

The singer released her second studio album titled “Fantasia” two years later on December 12, 2006. Upon its release, the album debuted at number 19 and it later peaked at the number 2 spot.

The following year, Barrino found herself starring in the lead role of a Broadway musical production titled The Color Purple. Based on the Pulitzer Prize winning 1982 novel of the same name, the musical was hugely anticipated for having sold over 2 million pre-tickets in a single week. Over 6.5 million sales were made in pre-tickets prior to the musical’s first performance in April 2007.

Despite originally set for a 2010 release, Barrino released her third studio album titled “Back to Me” August 24, 2010ーit had been four years since her last album. The disc debuted at the number two spot on the Top 200 Chart and at the top spot of number one on the Top R&B/Hip-Hop Albums Chart. It sold over 117,000 copies during the first week and was one of the singer’s highest charting albums as of 2010! The singer also plunged into her first solo concert tour, “Back to Me Tour” in fall of 2010. The tour ran for 3 months, having opened in Norfolk on November 5, 2010 and ended in St. Louis on January 2011.

Following the disbanding of J Records, the singer released “Side Effects of You” under the RCA Records brand on April 23, 2013. Unlike her previous releases, this album featured guest appearances by other fellow musicians such as Kelly Roland, Missy Elliott and Big K.R.I.T. Upon its release, “Side Effects of You” were met with generally positive reviews. To support the new album, Barrino also went out on a “Side Effects of You Tour”; spanning 28 shows, the tour started on July 3, 2013 in New Orleans and ended on September 28, 2013 in Charlotte.

What Has Fantasia Barrino Been Up to in 2016? 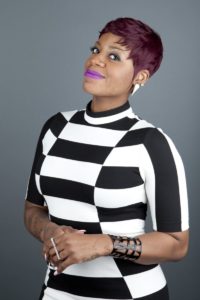 The singer’s had no down timeーthat’s for sure! As it happens, Barrino actually has a lot of things planned for 2016! First off, she released the first single of her upcoming album “No Time For It” at the beginning of this year in January. Having worked with music executive Ron Fair for her recent recordings, the singer is also scheduled to release another studio album titled “The Definition Of…” later this month on July 29, 2016.

To promote the album, the singer once again went on a tour but this time with fellow musician, Anthony Hamilton. Together the two travelled across North America to perform at various venues for fans. This tour included 28 shows; the tour opened on April 21 in Buffalo and ended three months later on June 19 in Charlotte.

The music video of her song “Sleeping With The One” from the upcoming album was also recently posted onto the singer’s official Youtube page. Having garnered over 800,000 views over a three week period, the video features Barrino playing the roles of four different women, who are all locked behind bars and have to answer to a corrupt prison officer. While the music video is a little different, it’s definitely a powerful way to lead into the star’s upcoming album release!

Besides being involved with her musical works, Barrino was also recently seen wearing a dazzling nude coloured dress on the red carpet at the 2016 BET Awards. Held at the Microsoft Theater in Los Angeles, the event celebrated mass achievements in black entertainment and honoured music, television, sports and film released between April 2015 and March 2016.