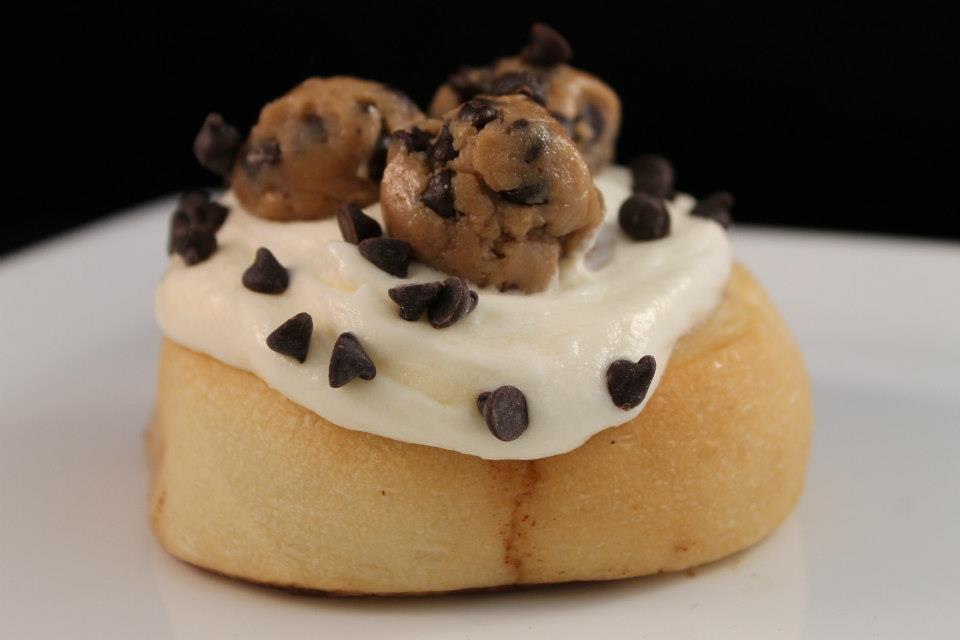 Florian and Shannon Radke, a husband-and-wife couple, have founded Cinnaholic. They have come to the Shark Tank seeking $200,000 in exchange for a 20% stake in their company. Florian’s background in marketing and Shannon’s background in baking have been combined to create the world’s best cinnamon roll experience. At Cinnaholic, it’s all about custom gourmet cinnamon rolls. To start with, the customer is given a fresh cinnamon roll straight from the oven, but can then choose from over 30 different frosting flavors, and 30 different toppings. This means that every trip back to Cinnaholic means a fresh, new, never-before-tasted treat.

Barb immediately asks how many calories are contained in a cinnamon roll, which Shannon replies with nearly 500 calories in the cinnamon roll. This, however, is about half the calories of the competitor. With the help of the Sharks, the Cinnaholics can open a second restaurant; they already have a location opened in Berkley, California. The store is about 650 square feet, and sales last year were $260,000. However, Florian admits there is a secret to their cinnamon rolls they have not disclosed yet; the cinnamon rolls are 100% dairy free, egg free, cholesterol free, and even 100% vegan-friendly. 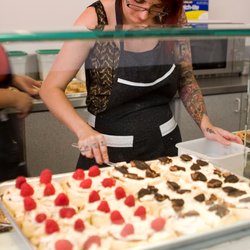 Florian points out there are 50 million Americans that have a dairy intolerance, and another 5 million with severe food allergies. The top 2 allergies are actually milk and dairy, so as a result, the Cinnaholics have created their perfect recipe for any child. Daymond asks what was the net profit of the $260,000 in sales, and Florian says 17% of that was profit, for a total of $45,000. The average roll is $5.50, Shannon says.

Robert asks what the options are to large sales, other than simply opening more stores, and Florian says that they want to go into retail and possibly bring the product to markets like Whole Foods, since the way they market their product is only amazing if they have the experience from the store. With the $200,000, Florian and Shannon will open another store and move onto franchising. However, Mark says at that point, they won’t have the money for franchising since they have to get all the legal documents and state-approval, which should cost at least another $250,000.

Barb points out that something had dawned on her while she was enjoying her delicious cinnamon roll – the roll was old. Florian admits that the cinnamon roll was made three days ago. The Sharks cannot believe themselves. Mark asks if they have an online presence, and Florian confirms that they do have an online store. Famous Hollywood celebrities have heard about Cinnaholic and wanted to try it, so in order to fulfill demand, they put up a small e-commerce store for those who want to purchase the product from a distance. It goes without mentioning that the price and shipping are heavily marked up. 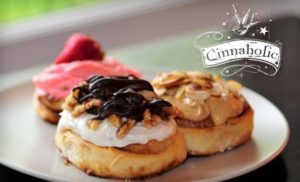 Kevin says that they have put a million dollar valuation on a single store, and they could potentially make around $45,000 for the investor; this means the valuation of Cinnaholic comes out to be 22 times the pre-tax profit. However, Florian says that the million-dollar valuation is on the brand and concept, as they believe they could take Cinnaholic into a chain across the United States. However, Barb says that in her experience with Cousin’s Maine Lobster, they moved from a restaurant to a food truck and that single food truck is now generating $800,000 of sales per year. Barb is out of the deal, saying that she has been spoiled by food trucks and can no longer prefer restaurants.

Daymond admits he is jealous of Barbara, but while the numbers aren’t there to grab his interest, he is out of the deal. Kevin compares Cinnaholic to Wicked Good Cupcakes. Once Wicked Good Cupcakes changed their model, Kevin explains, and began to ship the cupcakes instead of selling them from a store, their sales went from $15,000 per week to $300,000 per week. If people knew they could receive a Cinnaholic overnight in packaging, there would be an extremely profitable business that would be better than opening more retail spaces.

Robert speaks next, saying there are two problems for him; with the $200,000 investment, they will buy another store and that money is gone. The ship will either sink or swim – this is a binary situation. If the store works, more money needs to be raised, and then the franchise will eventually come, which is a huge challenge. The second challenge is that the couple is valuing their business at a million dollars. Robert wants to be involved, so he makes an offer of $200,000 for 40%, but on the contingency of not opening another store. He likes the idea of shipping out the Cinnaholic cinnamon rolls over a new store.

Florian looks to Kevin to add anything to the deal, and Kevin says he is contemplating screwing over Robert’s offer. Kevin is considering a royalty offer, as he leaves the family to make their own money while simply profiting off every unit sold. Kevin extends an offer, while Robert says to Kevin in Polish, “You are a pig.” Kevin also does not want a second retail location, but he will offer $200,000 in exchange for $1.20 per unit, which then falls down to $.60 per unit in perpetuity. This will last forever, but Kevin has succeeded with Wicked Good Cupcakes.

Florian and Shannon ask to step outside to talk about the potential of changing the business model; the main point Florian makes is that there would need to be less employees on board, meaning less stress for management and a bigger share of the earnings. The two return in, saying they like the online shipping deal; they already know with the limited store, there has been a great amount of success. They flatly state that they don’t like Kevin’s offer of royalties. Florian then proposes a counteroffer of 35% for $200,000.

Robert says he must stay at the 40% due to the binary nature of the business – with Robert backing them, the store will either be wildly successful or only moderately successful. Shannon looks to Mark, who has been silently watching the entire time, but Barb and Daymond advise Shannon and Florian to not “bite the hand that feeds them.” Mark continues to snack on his cinnamon roll ominously, while Shannon and Florian discuss among themselves.

In the end, Shannon and Florian accept Robert’s offer of $200,000 in exchange for 40% of the company and the contingency that they will not open a second store for Cinnaholic.

Cinnaholic Now in 2018- The After Shark Tank Update

Three years after the appearance on Shark Tank, Cinnaholic seems well on its way into becoming a full-fledged franchise. Cinnaholic has opened a wide location of new stores, expanding from their one store in Berkeley, California to include shops located in Texas, Georgia, and even Las Vegas. As of 2017 you can no longer purchase their cinnamon rolls online as they are concentrating on expanding their brick and mortar stores.

Cinnaholic also has franchising opportunities available so their current expansion is in full force despite the fact that they ended up declining Robert’s original offer following the airing of the shark tank episode.