What Happened to Reese From Malcom in the Middle? Justin Berfield Update 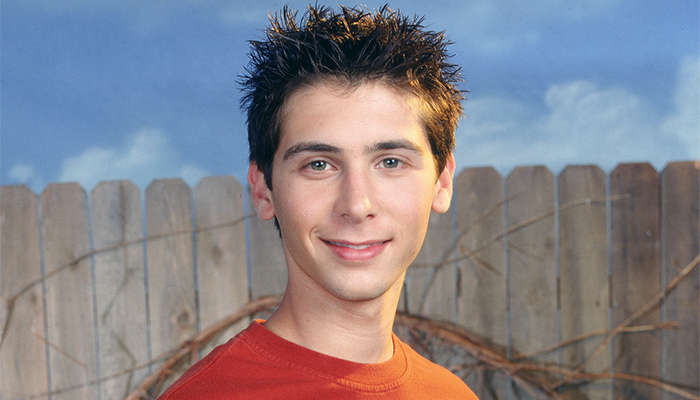 Justin Berfield is an actor best known for his portrayal of Reese, in the American sitcom Malcolm in the Middle. Berfield first debut on the small screen at the young age of five, when he appeared in a commercial for Folgers coffee. Throughout his childhood, he has starred in a number of national-wide commercials including one for Colgate toothpasteーthis eventually earned him the nickname “The Commercial Kid” when he was a young boy. The actor landed his first acting role at the age of 8, when he was cast as Bob Bowman in the sitcom, The Good Life in 1994. Later that same year, he also appeared on a few episodes of Hardball and The Boys Are Back.

It wouldn’t be until the next year, that Berfield would get his first leading role; in 1995, he joined the cast of The Wb sitcom, Unhappily Ever After as Ross Malloy. Having first premiered on television in January 1995, the series revolved around the dysfunctional Malloy family; in it, the actor played the role of Ross, the protagonist’s youngest son. Unhappily Ever After lasted five seasons, for a total of 100 episodes; the finale aired in May 1999. Following his time on the series, Berfield made a few guest appearances on the television shows, The Kid with X-Ray Eyes and Invisible Mom II in 1999.

Berfield landed his breakthrough role in the year 2000, when he was cast as Reese Wilkerson in the American sitcom, Malcolm in the Middle. Centred around a kid genius named Malcolm with an IQ of 165 and his family of seven, the series also starred Frankie Muniz, Bryan Cranston, Jane Kaczmarek, Christopher Masterson, amongst other big name celebrities. In the series, Berfield played the role of Reeseーthe second, most spontaneous son of the family. Since it’s premiere in January 2000, Malcolm in the Middle has been a huge hit and has received worldwide acclaim from both viewers and critics. Throughout the series’ six year run, it has garnered numerous awards and recognitions including seven Emmy Awards, one Grammy award, one Peabody award and number of Golden Globe nominations.

But what has the actor of Malcolm in the Middle fame been up to as of late? What happened to Justin Berfield? Where is he now? 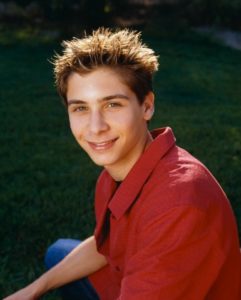 Born on February 25, 1986 in Agoura Hills, California, Justin Berfield is the son of Gail Berfield and Eric Berfield. He has a younger brother named Lorne Berfield, who is also an actor. Raised Jewish in California as a young child, Berfield entered the show business world early; he first appeared in a coffee commercial at the age of 5 in 1991. Following his first commercial debut, he went on to appear in numerous other advertisements, including one for Colgate toothpaste when he was in grade school. During elementary school, he had the nickname “The Commercial Kid”.

When he was 8 years old, he landed his first professional acting role on the small screen when he was cast in the NBC sitcom, The Good Life. Set in Chicago, the series focused on main protagonist John Bowman, a manager at a lock company. In it, Berfield played the role of Bob Bowman, John’s son. The series first aired on television in January 1994, it lasted one season for a total of 13 episodes; however it was eventually cancelled by the network in May 1994.

Following his debut acting role, Berfield appeared in a handful of minor roles in the TV series, Hardball (1994), The Boys are Back (1994), Mommies (1994), and Duckman: Private Dick/Family Man (1996). In 1995, the young actor landed his first leading role in the sitcom series, Unhappily Ever After. Starring fellow actors Geoff Pierson, Kevin Connolly, Stephanie Hodge, Nikki Cox and Bob Goldthwalt, the show centred around Jack Malloy and his dysfunctional family. In it, Berfield portrayed the role of Ross Mallowーthe protagonist’s youngest and possibly smartest son. Unhappily Ever After continued for four years, from 1995 until 1999; the finale and 100th episode aired on May 23, 1999.

Justin Berfield in Malcolm in the Middle 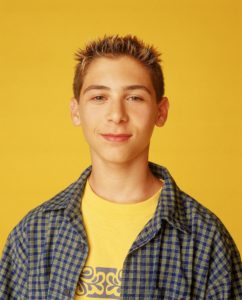 The actor was only 14 years old when he landed his breakthrough role in the sitcom, Malcolm in the Middle. The series first went on air in January 2000 and revolved around a child genius named Malcom and his family; other big names in the cast include Frankie Muniz, Bryan Cranston, Jane Kaczmarek, Christopher Masterson, amongst others. In the show, Berfield played the role of Reese Wilkerson, Malcolm’s older, yet more impulsive brother. At the time, he held the record for being the youngest actor in TV history to have appeared in 100 episodes of two different television series (Unhappily Ever After being the former).

Upon its premiere, Malcolm in the Middle was met with universal critical acclaim; it had garnered over 23 million viewers for its first episode. The first season attracted over 15 million audience members and was ranked number 18 on Variety’s list of “Top TV Shows For 1999-2000 Season”. It has also been dubbed as one of the best television shows in the history of the Fox Network. Malcolm in the Middle ultimately continued for six years; it spanned a total of 151 episodes through seven seasons.

Throughout its run on the Fox network, the sitcom has won a number of awards including seven Emmy Awards, one Grammy Award and a Peabody Award. It has also garnered numerous award nominations including seven Golden Globe nominations. For his portrayal of Reese, Berfield also won a Young Star Award in 2000 for “Best Young Ensemble Cast: Television”; he was later also nominated for the 2003 Young Artist Award for “Best Supporting Young Actor Performance in a TV Series (Comedy or Drama)”. His role in Malcolm in the Middle would ultimately be the highlight of his acting career.

Justin Berfield and his Other Works 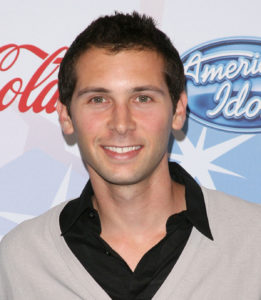 Whilst filming for Malcolm in the Middle, the actor was also engaged with other projects including having starred in the series, Max Keeble’s Big Move (2001), The Nightmare Room (2001) and Who’s Your Daddy? (2003). Berfield also ventured into the voice-acting world in 2002 when he lent his voice to Gill, a former human antagonist in the animated series, Kim Possible. He has since voiced several other characters in various series including Nickelodeon’s The Fairly OddParents and The Simpsons. In 2004, Berfield also started his own production company called J2TV.

In 2005, Berfield also became involved in his very first television series not as an actor, but as a producerーin fact, Malcolm in the Middle seems to be his last major role acting; he has since turned his focus on to producing. Throughout the 2000s, Berfield has gone on to work on a number of different projects as a television producer, including the TV film The Pet Detective (2007), Sons of Tucson (2010), An Invisible Sign (2010), Virgin Produced: Comedy Vault (2012), Departure Date (2012) and Making the Game for RED Presented by Coca-Cola (2012).

It wouldn’t be until 2010 that Berfield would once again appear on the small screen as an actorーa whole four years after the end of Malcolm in the Middle. He guest starred in an American comedy series called Sons of Tucson, playing the small role of a character named Barry; at the time, Berfield also acted as a producer on the show. Having first premiered in March 2010, the show told the story of how three siblingsーGary, Brandon and Robby decided to hire a man to become their father, while their real father was spending time in jail. However despite the interesting premise, the series was ultimately cancelled by fox after four episodes. Berfield’s time on Sons of Tucson also marked the last time in which he appeared on the screen as an actor as he hasn’t starred in any television series or films since.

That same year, Berfield also started his own own company, Virgin Produced. As the television, film and entertainment branch of the well known British Virgin Group, Virgin Produced is in charge of the development, production and packaging of their projects. It is headed by Berfield himself as Chief Creative Officer and Jason Felts as the Chief Executive Officer. A couple years later in 2012, the company also launched its own network called the Virgin Produced Channel which offered various television programmings. 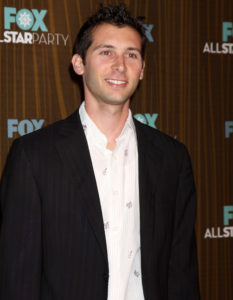 Besides working as a television producer since leaving the acting scene in 2010 (in which he had his last acting role), Berfield has also ventured into the real estate worldーmore specifically, the investing, buying and selling of houses. For instance, according to sources, the actor’s Calabasas home sold for over $3.9 million dollars a few years back. While the former actor hasn’t made any recent headlines with his house flipping, we simply can’t rule off the possibility that he’s still involved in the real estate market!

While Berfield hasn’t been making many public appearances lately (as he’s more so involved with the behind the scenes nowadays), he did attend a Malcolm in the Middle Family Reunion back in 2015. It also marked the first time that the cast members of the former sitcom have gathered together since the show’s end back in 2006. Actor Frankie Muniz, who played Malcolm, later tweeted a group photo of the cast together, including their on-screen parents, Bryan Cranston and Jane Kaczmarek. A photo of actor Erik Per Sullivan was also held up by Berfield, as he was unable to make it to the reunion that day.

Will there be a Malcolm in the Middle reunion again later this year? Fellow star on the show, Bryan Cranston sure hopes so! In an interview, the actor also shared with us about the possibilities of a revivalーone that would make sense in the storyline, considering over 15 years have past since the original ending of the show. Would you like to see Berfield reprise his role as a grown up, Reese on a possible reboot? We sure would!

If you’re wondering about whether or not the actor is in a relationship or if he is already married, the answer is…we don’t know! As someone who has always been private about sharing details on their personal life, Berfield has never publicly discussed his relationship status (although that doesn’t stop the slew of rumours that goes around). But as far as we know, the former actor is still appears to be single.

Looking to stay connected with the star? You can do so by following him on Twitter (@justinberfield). Or if you’d like, you can also visit his official Facebook page over at @BerfieldJustinTyler!