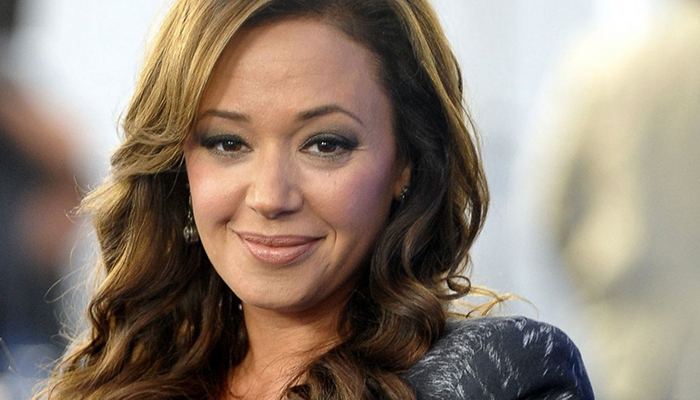 Having appeared in a variety of television shows since her debut in 1988, Leah Marie Remini is most well known for her role on “The King of Queens” (1998-2009), as Carrie Heffernan. In addition to being an actress, the brunette is also a producer, comedian and authorーshe released her memoir titled, “Troublemaker: Surviving Hollywood and Scientology” back in 2015. Having been raised as a member of the Church of Scientology ever since she was young girl, Remini had also made headlines for leaving said Church of Scientology a few years ago. This brunette beauty even had her own TLC reality show at one pointーbut it has since ended back in 2014. So what has Remini been up to? What has she been up to in 2016? 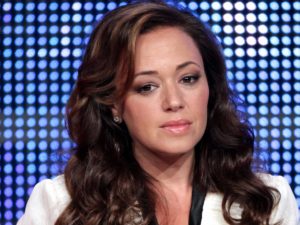 Born on June 15, 1970 in New York City, Brooklyn, Leah Remini was the daughter of Vicki Marshall, a school teacher and George Remini, owner of an asbestos removal company. She is of Italian, Austrian and Jeweish descent. When Remini was 9 years old, her mother had joined the Church of Scientology; she was later raised under their practices. At the age of 13, the brunette moved to Los Angeles, California along with her mother.  Getting into the show business has always been her dream and going to Los Angeles was the first step. The young girl eventually dropped out of school in order to pursue a career in acting.

Leah made her first television debut at the age of 18 years old in the American sitcom, “Head of the Class”. Her second appearance on the small screen happened a year later, in 1989, when she starred in a few episodes of the sitcoms “Who’s the Boss?”. It wasn’t long until the brunette was offered a role in her own showー”Living Dolls”, a spinoff series of “Who’s the Boss” which centred around Remini’s character. Unfortunately, the series did not achieve high ratings and was ultimately canceled after 12 episodes in 1989. Remini made several minor appearances on television afterwards but it wasn’t until 1992 that she landed a larger role in a television filmed called, “Getting Up and Going Home”.

Remini and Her Big Break with “The King of Queens” 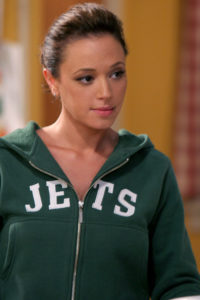 Sometime later in the 90s, Remini also auditioned for the role of Monica in the classic television sitcom, “Friends”; however she did not get the role. She had small roles here and there after working on the television film but her major break was in 1998 when she was cast in the American sitcom, “The King of Queens”. In it, Remini played the role of Carrie Hefferman, the attractive wife of the show’s main protagonist. The series debuted on September 21, 1998 and was highly successful, having won several BMI Awards during its run on prime time television. The show was on air for a total of 9 years; the last episode was broadcasted on May 14, 2007.

Her role in “The King of Queens” turned her into a household nameーit would eventually be one of her most well known works of all time. After the series ended after nine seasons, Remini appeared on another sitcom called, “In the Motherhood”; unfortunately, similar to some of her earlier works, it was not recovered well by critics and was canceled after one season. The brunette went on to make a few more appearances on the small screen after that, including the television film “Married Not Dead” in 2009.

The sitcom actress later appeared on the CBS talk show, “The Talk” in October 2010, as a co-host. Along with her other co-hosts, Julie Chen, Sara Gilbert, Holly Peete and Sharon Osbourne, Remini discussed about recent headlines in the news, mainly focusing on the show’s theme of motherhood and parenthood. However, her role in the talk show was quickly met with negative feedback, mainly about her being too brash and conspicuous. She quickly addressed the issue by stating that she will not be changing her demeanour in the show, in response to the negative criticism. While she was supported in her decision by her fellow co-hosts on the talk show, Remini was ultimately asked not to return to the show in the second season.

In 2013, Remini was a contestant on “Dancing with the Stars”; she made it to the semifinals but was voted off  prior to the season 17 finale. She later reappeared in season 19 and 21 of the show, as a guest co-host.

Remini received her second break in 2014, when was was offered her own reality series called “Leah Remini: It’s All Relative” on the TLC network. The show debuted on July 10, 2014 and followed the brunette’s life as she tackled on the multiple roles of being a mother, wife and a friend. While the series was met with mixed reviews by critics, it was renewed by TLC for a second season in March 2015. However, Lemini had announced that the reality series would be cancelled, in early 2016 on social media.

Remini and Her Role With The Church of Scientology 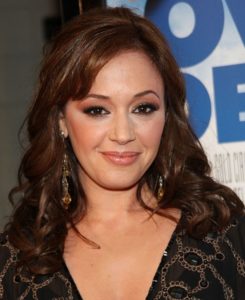 Having been a member of Scientology since she was a young child, Remini had always been an avid public defender of the movement; something which she ultimately found herself under fire for during her career. One of her most notable Scientology appearances was in 2005, when she helped advocate for the gala opening of the “Citizens Commissions on human Rights Psychiatry: An Industry of Death” museum in Hollywood, California.

However, this all ended when the King of Queens actress dropped out of the organization in July 2013. The reason behind her “exit”? The brunette had reportedly been against the Church of Scientology’s policy of forbidding its members from questioning its leader, David Miscavigeーwhom Remini had believed to be corrupt. According to Mike Rinder, a high-ranking member of the Church, issues with the organization first arose when Remini asked about the whereabouts of the church’s leader’s wife, Shelly. She was ultimately told that she was not of high enough rank within the organization to gain access to that information.

After the ordeal, it was reported that Remini was then “interrogated” by the Church, which eventually led to her being blacklisted from the organization. Saddened from being separated from her friends who are part of the church, the actress later talked about her departure from Scientology on an appearance on “The Ellen Degeneres Show” in 2013. According to Remini, her friends who are still part of the organization have also been told that they are not permitted to contact her. Remini later announced in an interview with People Magazine, that she has been embracing Catholicism.

Remini was later inspired to share her experiences with the Church of Scientology, by writing a memoir. In the eye opening book, “Troublemaker: Surviving Hollywood and Scientology”, the outspoken actress gives readers an insider view of the organization and shares her experiences of living as a member of the Church. The memoir has since become a number 1 New York Times Bestseller. 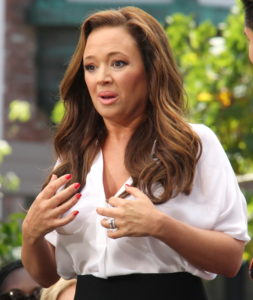 It’s no doubt that Remini has been vocal about her feelings towards the Church of Scientology after her departure. Considering this then, it’s no surprise that the former sitcom actress has recently announced in June 2016, that she has started to film a series about “How Scientology rips families apart”. Although no details about the show have been revealed, we can only guess what the show will be about!

According to IMdb, the sitcom actress has also been working on a couple of upcoming comedy features, titled “Handsome” and “The Clapper”; although no further information on the two films have been provided as of yet. Besides those two projects, Remini has also guest starred as herself in an episode of the American documentary series, “Chelsea Does”; her episode aired on January 22, 2016.

In April 2016, Remini also made an appearance in an interview with ABC News, defending Ron Miscavige, the father of the current leader of the Church, on his decision to write a memoir about his intimate experience with the organization. After the elder Miscavige had allegedly been defected from the Church, Remini reportedly “tracked him down” to offer him support. According to the American actress, “his story deserves to be heard”. While the church seems to have already slammed the upcoming memoir as a work of “literary forgery”, with the support that he has, it looks like Ron Miscavige won’t be changing his mind up on the matter anytime soon.

Besides involving herself with matters concerning with the Church of Scientology, the mother of one is also known to be active on various social media platforms. For instance, her official Facebook page has garnered over 890,000 likes to date and always seems to be buzzing with activity. Like many other celebrities, the former Scientology member is also active on Twitter and with over 400,000 followers, she has quite the fan base listening to her tweets. Remini is also an avid user of Instagram and is often seen uploading images onto the photo sharing app on a fairly regular basis.