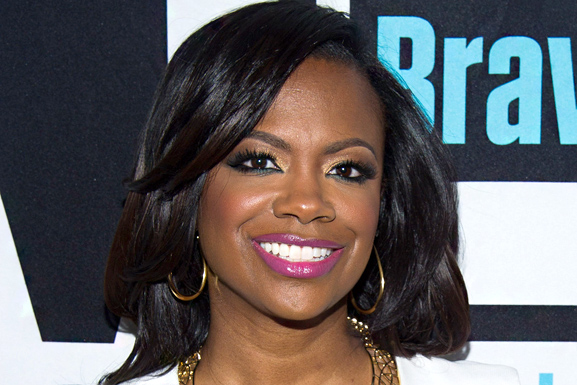 Kandi Burruss is a singer, songwriter, and actress. She is also an accomplished businesswoman with many profitable ventures that add to her net worth. With all the money flowing into her pocket, Burruss has not forgotten to give back to society and help single parents with her own philanthropic endeavor.

Read on and find out more about Kandi Burruss and her rise to fame and fortune.

How did Kandi Burruss make her money & wealth 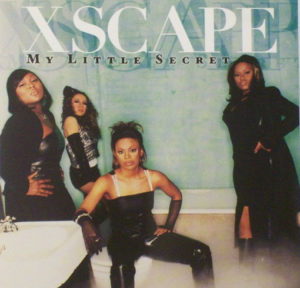 Kandi Lenience Burruss was born on May 17, 1976, in College Park, Georgia. During the 90s Burruss became part of an all-female R&B group called Xscape as their contralto. Xscape released three highly-successful albums before calling it quits in 2001. While being a member of Xscape, Burruss practiced songwriting and has co-written singles for other artists like Mariah Carey and Whitney Houston. She was one of the writers of the TLC hit song “No Scrubs” and her talent for songwriting earned her accolades.

In 2000 Burruss released her debut R&B album Hey Kandi under Columbia Records. The album only enjoyed moderate success and met lukewarm critical reception. Ten years later she released her second album Kandi Koated which was well-received by critics unlike her first work. Burruss also tried her hands on a combination of hip hop and R&B by collaborating with female rapper Rasheeda to form the duo Peach Candy. The pair did get to release a few singles but, due to busy schedules, their momentum failed to pick up and they just fizzled. Later on Burruss founded her own production company named Kandi Koated Entertainment.

In 2009 Burruss was included in the second season of the reality show The Real Housewives of Atlanta. The show’s success led to the creation of other reality series that starred Burrus namely The Kandi Factory, Kandi’s Wedding, and Kandi’s Ski Trip, and the last two shows managed to rake in high ratings.

Burruss has other ventures outside of the entertainment industry that help contribute to her income. In 2011 Burruss released a mobile card game called Kandi Koated Spades with the help of developer Konsole Kingz. During the same year Burruss and her best friend Peaches Chin started a fashion boutique in Atlanta named TAGS. The next year Burruss launched her own line of sex toys named Bedroom Kandi in collaboration with OhMiBod, the company responsible for luxury pleasure objects.

Yes. Burruss married Real Housewives producer Todd Tucker in 2014. She was previously in a relationship with Russell Spencer and was formerly engaged to Ashley Jewell, but the latter died in 2009 due to injuries suffered from a brawl.

Does Kandi Burruss have kids?

Yes. Her first daughter was with Russell Spencer, named Riley (2002). On 2016 she and Todd Tucker welcomed their son Ace Wells. She acts as the step-mother of Tucker’s daughter Kaela.

How much does Kandi Burruss make per season of Real Housewives? 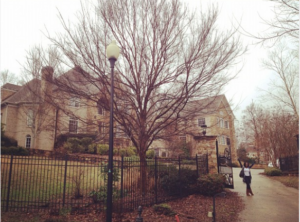 Burruss bought a mansion in Atlanta in 2012 and spent thousands of dollars in giving it a total makeover. The abode features nine bathrooms and seven bedrooms, a large living room, and even an indoor pool. 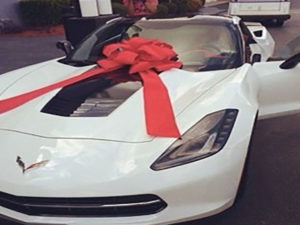 There’s not much information about Burruss’ own car that got her into an accident last 2013, but she did buy her husband Tucker a white Corvette for the man’s birthday in 2014. The car is worth somewhere around $50 to $65 thousand.

In 2013 Burruss released a single “So Ready for Christmas” during the Yuletide season. Proceeds derived from the song were donated to her very own charity Kandi Cares. The said philanthropic effort focuses on supporting single parents and their kids through programs and donation drives. She also held a Back to School Jam in that same year where kids got the chance to win backpacks and school supplies.

In 2014 Burruss and Tucker hosted a food drive called Kandi C.A.R.E.S Season of Blessings. The collections obtained from the food drive were given to single parents, and proceeds went straight to her charity. During the same year Burruss and Tucker were among the celebrities who attended the Annual Family Fun Night of the Ryan Cameron Foundation. The foundation provides development opportunities to selected high school students in Atlanta.

Burruss and fellow Real Housewives star Porsha Williams were part of the Celebrity Track Meet in 2015 which was held in Atlanta’s Emory University. The track supported St. Jude’s Research Hospital which focuses on childhood cancer, and the charity Heifer International that helps struggling communities stricken with hunger and poverty.

In 2000 Burruss was awarded with two accolades by the American Society of Composers, Authors, and Publishers (ASCAP) namely the Songwriter of the Year and Rhythm & Soul Music awards. Burruss was the first ever African American woman to bag the former, and the first female to win the latter.

Her Bathroom Kandi line was awarded with the Best Overall Sex Toy award during the Adult Video News (AVN) Awards Show in 2012.

Burruss won the Most Socially Driven award during the Bravo TV talk show “Watch What Happens: Live” in 2016.

Jan 12, 2022
Gold and Silver members of Xbox can find a number of deals on titles for the Xbox One and previous consoles. TrueAchievements has posted...