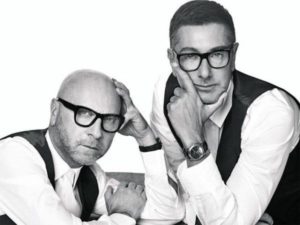 “Who are you wearing?” The question on the minds of any fashionista or paparazzo during an awards ceremony is often the result shining moment for many fashion designers when their name is the answer. For some though, the real moment their success shines is when they take a look at their bank account. Here, we will take a look at the top ten fashion designers in terms of net worth in 2018. 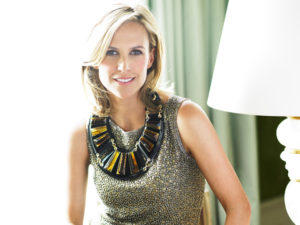 Born into a relatively wealthy family and educated at the University of Pennsylvania in Art History, Tory Burch found her calling working for Vera Wang and Ralph Lauren. Since 2004 she has managed her own self-titled label which sells to over 3,000 stores worldwide, and has seen remarkable success as both a designer and philanthropist. As of 2016 Burch is engaged to Pierre-Yves Roussel who heads the LVMH fashion group, which consolidates the holdings of many brands such as DKNY and Marc Jacobs, which will likely increase her net worth in the near future. 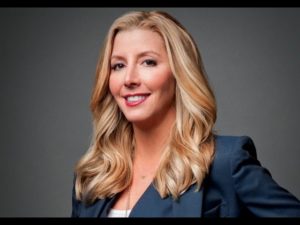 Starting from humble beginnings as a door to door saleswoman in her native Georgia, Blakely didn’t try for the avant garde expressionism of many cutting edge designers. Instead, she made herself the youngest enterprising female billionaire in the world by creating a simple, good product that solved a problem found to be common for anyone wearing pantyhose. The creator of Spanx, she has seen a massive market open up to her product, and with an endorsement from Oprah, has skyrocketed in value.

Michael Kors started his work in the field of fashion at age 10, designing clothes and selling them from the basement of his parents home. After dropping out of the Fashion Institute of Technology in New York, Kors set up shop next to a luxury clothing store Bergdorf Goodman, whose director noticed the designs offered and quickly made a contract to sell his clothes. It was not a trip on easy street from then on however, as Kors ended up declaring bankruptcy in 1993 before mounting a comeback worthy of a made for T.V. movie, and 20 years later, found himself among the top in richest designers worldwide. 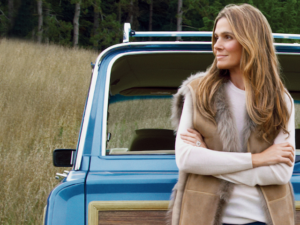 Granddaughter of the brand founder of Estée Lauder , Aerin took the empire her grandparents built, and continues it in her own way. Interestingly enough she, alongside aforementioned Tory Burch is also a University of Pennsylvania alumna, having studied communication with a focus in business. She has apparently taken those marketing classes to heart, expanding the brand with her own self titled line, Aerin has also included jewelry, cosmetics and perfumes into the company’s already impressive portfolio. Most recently she has also begun work on expanding a line of furniture bearing the Lauder name. Among her many assets are two wonderful New York estates and a home in Aspen Colorado that serves as a decent vacation spot from the hustle of the big city.

The younger of the pair that make the fashion titan Dolce and Gabbana, Stefano began really letting his talent shine in 1980, after meeting Dolce at a club through the latter’s employer. Within two years later both decided it was time for them to try their hand at their own company and Dolce and Gabbana was founded by 1983. Within twenty years, the pair had more combined sales than Armani and Prada, outfitting the rich and famous such as Madonna and Angelina Jolie. The pair were not without their controversy, however. In 2013, both Gabbana and Dolce were convicted of tax evasion in their native Italy, and sentenced to 20 months in prison. This sentence was later struck down by an appellate court.

The elder of the Dolce and Gabbana pair, Domenico first worked with Giorgio Correggiari before meeting Stefano Gabbana and starting his own brand. Born to a tailor and fabric maker, Dolce studied fashion design with a dream to work for Armani. After the establishment of Dolce and Gabbana as a worldwide fashion power house, the pair went on to win awards for both best fragrance for their perfume line, and an International Woolmark Prize in the early 1990’s. More recently though, Dolce has been in the news as of 2015 as a result of an ongoing feud with Sir Elton John in regards to his negative comments about In-Vitro Fertilization, calling the children who come of them “Synthetic”. It is yet to be determined if this feud will cause a significant drop in net worth due to the public nature of the discussion. 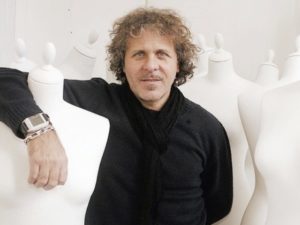 While the name Renzo Rosso may not be very familiar to many, the jeans brand he developed, Diesel, is synonymous with high quality and can be found in many malls. Ownership of the Only The Brave fashion group has also greatly added to his net worth, including such brands as Viktor & Rolf and Marni. Among his many unique holdings is the Deisel Farm, a property near the company’s headquarters that’s part nature preserve and part olive/ grape vineyard. The Pelican Hotel, an Art Deco masterpiece of a resort on South Beach in Miami is also under his ownership, which started a craze among fashion designers to buy and renovate resorts. 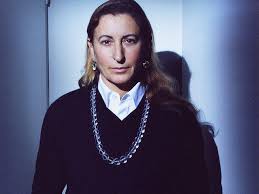 The youngest granddaughter of Mario Prada, Miuccia (whose previous name was Maria Bianchi) is herself an accomplished designer, strengthening the Prada brand throughout her life. As odd as it may sound, Prada’s first line of work was to become a mime, which she performed as for half a decade before working at her grandfather’s business, creating luxury handbags beginning in 1978. Within 10 years she developed her own handbag line and within the next 15 she became co-CEO with her husband, and created her own personal wardrobe line, a men’s line, and was given an award by the Council of Fashion Designers of America. In 2014, she like many designers in Italy were hit with tax evasion charges, which she rectified by moving her company headquarters from the Netherlands and Luxembourg back into Italian territory, so as to not have similar errors occur again. 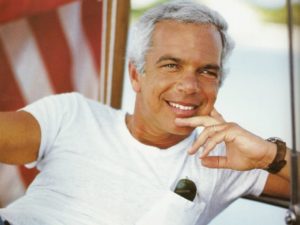 Born in the Bronx of New York with the name of Ralph Lifschitz, who we now know as Lauren had a long path to fashion. Despite selling ties to his classmates throughout high school, Ralph decided to join the United States Army before returning to New York to work for Brooks Brothers. He then, inspired by the new wave of wider ties coming from Europe decided to try his hand at making them once again, which caught the eye of the Neiman Marcus executives which bought over 1,000 from him. This started him onto the path of his own brand, Polo, which has seen itself sold in every major clothing store in the United States and a sizeable number of vendors worldwide. 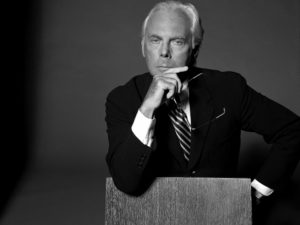 Topping our list of richest designers is a name synonymous with luxury and class: Armani. With a long history of suit making and a star studded customer roster, he is considered the pioneer of red carpet fashion. Amazingly, Armani did not start young with his dream of becoming a designer, instead joining the army after attending medical school in his native Italy in 1953. After leaving the military, Giorgio sought employment as a window dresser for a men’s wear shop, and began his career in design from the ground up. Within the following decade and a half, he would find himself not only climbing the ranks of the design field but opening up his own brand to wild success. His name brand, which has obviously seen massive success. Armani was also the first to ban models with a BMI of under 18 from modeling his wares, as he showed great concern with the prevalence of Anorexia Nervousa and Bulimia within the industry and despised the idea of contributing to what continues to be an industry wide epidemic.