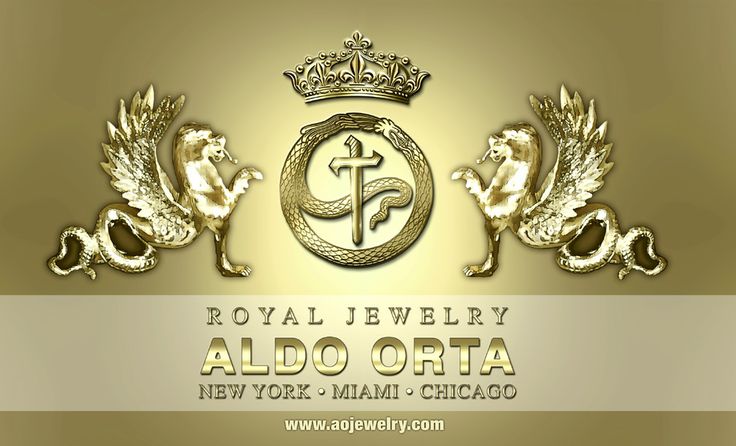 Aldo Orta has always been an artistic person. While attending college in Mexico City, he worked towards receiving a bachelor degree in Fine Arts. Shortly after graduating he then relocated to Los Angeles so he could pursue his second degree at UCLA. In the beginning Orta was gearing his studies toward environmental design. He worked on creating video sets and prepared stage designs for concerts.

While Orta continued to study and expand his knowledge of the arts, he learned that spirituality and mythology interested him. He used this fascination to fuel a new artistic outlet, which would later become Aldo Orta Jewelry. This line of jewelry is supposed to showcase Orta’s love for his Mexican heritage in addition to incorporating mythologies from across the globe. He wants to expose people to a new kind of beauty as well as allowing people to expression their passions through accessories.

Orta has been providing wealthy celebrities and prestigious royal families with his custom jewelry for a long while now. He knows that people love the beauty in his product, but he wants to be able to expose a wider array of people to his work. What he wants to do with Aldo Orta Jewelry is to make a new line of detailed jewelry that can be sold at a more affordable rate. However, he is going to need some help for that. What he needs in someone with retail experience and connections. Someone who can front him some money to start working on the new line and guide him towards supplying the mass market. What better place to do that than ABC’s Shark Tank?

Orta enters the Shark Tank seeking a $180k investment in exchange for a 45% stake in Aldo Orta Jewelry. As of right now he has been making his jewelry exclusively for celebrities and royal families. Most of his clients are wealthy people, but he wants to be able to create the same sort of luxurious accessories at a more affordable price. He feels that average Americans deserve to express themselves and their cultures through beautiful jewelry as well.

He presents to the Sharks two different boxes of jewelry. One contains his upscale official jewelry that is made from the finest materials with intricate details. The second box holds identical pieces of jewelry that are just as skillfully crafted, but are the more affordable of the two. Orta allows the Sharks to touch and try on the jewelry so they can really get a fell for the type of glamour he hopes to offer to every day people.

Robert Herjavec inquires on the inspiration for Orta’s designs and style, wondering if it’s culturally or sexually inspired. For Orta, it’s easy for him to draw ideas from history and mythology because his goal is to unite all cultures together. He takes iconic symbols from different religions and mythologies and creates beautiful works of art from them. This is to allow people to represent themselves and their identities. Orta’s overall goal is to expose people to all kinds of backgrounds through art.

As of right now, all of the designs and artwork are made by him only and he plans to keep it that way. The Sharks see an issue in this because if something were to happen to him, the entire business would sink. In addition to that, creating a line of jewelry that costs under $200 might prove to be pretty difficult. Then, to make matters worse, Daymond John points out that nobody is buying jewelry in today’s economy.

Despite the jewelry market’s recent decline, Orta tells the Sharks that QVC is very interested in his products. He wants to use the money from an investment to supply QVC with his jewelry. Kevin Harrington isn’t convinced that Orta has the proper retail experience to make this work.

Kevin O’Leary is still stuck on the fact that Orta is running a one man show. If something were to happen to him, the entire business would be finished and he would lose his money. That isn’t a risk that O’Leary is willing to take so he doesn’t make an offer, despite genuinely enjoying the pitch. And John just can’t see the sense in investing into jewelry when so many people are struggling to pay their mortgages. The jewelry is beautiful, but there just aren’t enough people out there who are capable of affording it.

That leaves three more Sharks in the tank. Next to make their decision is Herjavec. He really enjoyed being able to appreciate Orta’s work, but middle class America still wouldn’t be capable of affording these pieces. So he doesn’t invest. Barbara Corcoran is in awe of Orta and decides that if QVC is still willing to partner with him, she will give half of the $180k and Harrington will give the other.

Harrington already has a lot of connections within QVC. He knows how it works and has certain insurances in place. However, he wants to make sure that Orta will be able to make this work. He has to be able to play up his connections with royal families and talk about how spectacular his jewelry artwork really is. Orta is confident that he will be able to appeal to general America and Corcoran has the utmost faith in him as well. Then, after a few moments of weighing the pros and cons, a deal is made. Orta couldn’t be any happier as he walks away from the Shark Tank with two new investors into his business.

Aldo Orta Jewelry Now in 2016- The After Shark Tank Update

After appearing on the show and making a deal with both Kevin Harrington and Barbara Corcoran, Aldo Orta 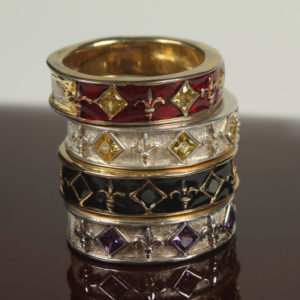 Jewelry’s success has gone soaring. People saw Aldo’s talent in his artwork and went absolutely crazy over it. He received so much popularity that he actually introduced more artwork mediums to his website (http://www.aojewelry.com/home.html). Now, not only does Aldo Orta offer custom jewelry, but you may also purchase sculptures and paintings as well. And he is still working very hard to keep hes prices in an affordable range.

There is true dedication and passion in each of Aldo’s pieces and it definitely shows. Customers can appreciate the time and thought he puts into his work, just like Barbara and Kevin did. The only issue that potential customers may face is that these pieces of jewelry are still generally expensive, but are also very good quality. Either way, Aldo has been able to get his name out there and make a success out of his one true passion in life and that is the greatest accomplishment a person could ever achieve.