What Happened to Baba Booey (AKA Gary Dell’Abate)- News & Updates 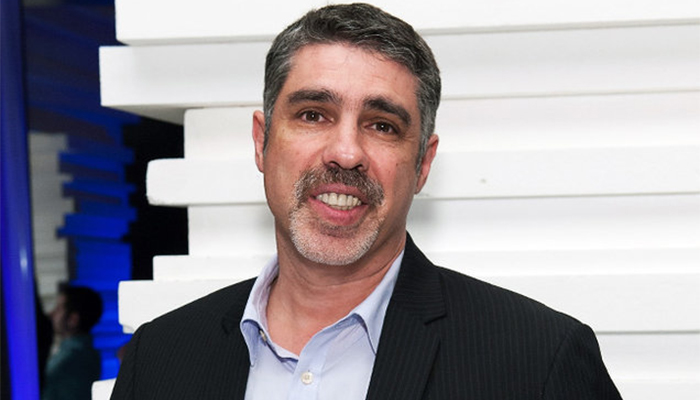 Gary Dell’Abate (aka Baba Booey) is best known for having been the executive producer of the American radio  and television talk shows, The Howard Stern Show. Having first began to work as a television producer during the 70’s, Dell’Abate has since gone on to produce a number of series on the small screen throughout his career including The Uncle Floyd Show (1974) U.S. Open Sores (1989) and For What It’s Worth (2013). However, his most well-known project to this date is probably that of the The Howard Stern Showーa radio program hosted by American radio personality, Howard Stern which was first developed in the early 1980’s. A huge hit since its initial broadcast, the radio talk-show still continues decades later, as of today.

Following the success of the radio talk show, a late night television series of the same name (The Howard Stern Show) was created on the WWOR-TV Network in 1990. While Dell’Abate was involved as a segment producer on the show at the time, he also made a number of appearances throughout the run of the series; he would eventually receive his nickname of “Baba Booey” in the show. Filmed at the network’s studio in Secaucus, New Jersey, the TV show soon became a large hit amongst viewers and later became nationally syndicated in January 1991; it ended in August 1992 after a run of 69 episodes.

While Dell’Abate mostly works as a television and radio producer, he has also starred in a handful of television series as an actor. He first step foot into the acting world in 2001, when he starred in the American sitcom, Son of the Beach. A spoof of Baywatch, the series revolved around a group of lifeguards known as the Shore Patrol Force 30; in it, Dell’Abate made a guest appearance during the second season as a lifeguard recruit. In addition, he has appeared as himself in Howard Stern on Demandーa pay to view TV service which first began its run in January 2006. Having gained popularity and recognition for his work, he has also guest starred in a number of late-night talk shows including Late Show with David Letterman (2010), Jimmy Kimmel Live! (2010), Conan (2011) and Late Night with Jimmy Fallon (2013).

But what has the producer been up to as of late? What projects have he been involved with? What happened to Gary Dell’Abate? Where is he now in 2018? 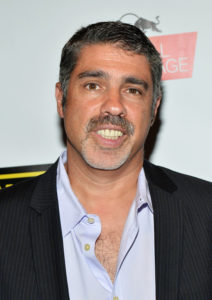 Born on March 14, 1961 in Uniondale, Long Island, Gary Patrick Dell’Abate is the son of Salvatore Dell’Abate, a dessert salesman and Ellen Dell’Abate, a seller of household kitchen items at a local supermarket. He had a brother named Steven, who unfortunately passed away in January 1991 due to complications from AIDS. Dell’Abate is of Italian descent. As a teen, he went to Uniondale High School; after graduating, he enrolled at Adelphi University in Nassau County to study in communications. When he was not focusing on his studies, Dell’Abate would be busy interning at various radio stations, including WLIR. For his contributions to the department, Dell’Abate was later awarded the Richard F. Clemo Award at the end of his fourth year.

After graduating from the university with his bachelor’s degree, Dell’Abate eventually found himself a job at the NBC news department as a traffic reporter assistant. While it was not a prestigious career of any sort, it did in fact, help him heaps in getting his foot in the doorーfor he would ultimately learn about the job opportunity with Howard Stern’s radio talk show during his time there. Wanting to give himself a career in radio, he soon applied for the position; he would later be hired with a starting salary of $150 a week. At his new job, his responsibilities were to make sure Howard Stern got his lunch and to help with the booking of his guestsーlittle did he know at the time, that he would become the executive producer of the radio personality’s show a little down the road. 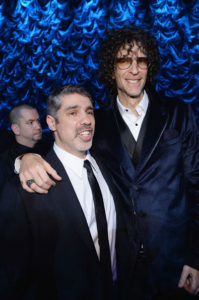 Dell’Abate first began working as the executive producer for The Howard Stern Show in 1984. Hosted by radio personality, Howard Stern, the radio talk show garnered wide critical acclaim, after being syndicated across the country on terrestrial radio in 1986. Airing every monday morning, the show soon became the highest rated morning radio program from 1994 until 2001; at its peak, it had 20 million regular listeners. Dell’Abate would eventually continue to serve as the show’s executive producer to the presentーit would ultimately be one of his most well-known projects throughout his career.

With the booming success of the radio talk show, plans of making a television show of the same name soon began to surface during the late 80’s. In 1987, a meeting took place between Howard Stern and the management of WNYNーthe television flagship station of the Fox Broadcasting Company; the network had considered giving Stern his own TV series to replace The Law Show which was hosted by Joan Rivers at the time. Shortly after the meeting, five pilot episodes would be recorded titled, The Howard Stern Showーeach having cost the company $400,000. Despite the promising pilot, the idea for the television series was later cancelled that July.

A few years after the cancellation of the show, Stern would eventually be approached by the vice president of WWOR-TV with the same idea in 1990. But unlike the previous attempt, the late-night talk show was successful in making its way on air on the network that Julyーsimilar to the radio show of the same name, Dell’Abate would ultimately serve as one of the television series’ producers, alongside Kevin McMahon and David Sittenfeld. However besides being a producer on the show, Dell’Abate also made a number of appearances on the series as himself. In one particular episode, he began to share a story about his praised animation cel collection, however in doing so, had accidentally mis-said the name of Baba Looeyーa character from The Quick Draw McGraw Show, as “Baba Booey”.  After being “goofed” at by his cast mates on the show, he would eventually go on to adopt “Baba Booey” to be one of his “stage names”. He remains to be Baba Booey to this very day.

Praised for its hilarity, The Howard Stern Show was a huge hit amongst both critics and viewers during its run; it eventually entered national syndication by January and had managed to garner millions of viewers across the country. However despite the show’s high ratings, it was eventually cancelled in July 1992 after a run of 69 episodes due to increasing costs. 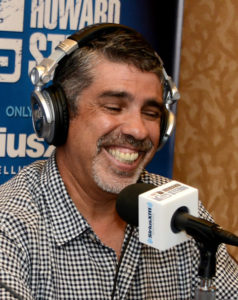 Although Dell’Abate mostly spends his time working as a producer, he has also gotten his fair share of screen time as an actor. He made his debut on television in 2001 when he was cast in the American sitcom, Son of the Beachーa series which was produced by Howard Stern himself. As a parody of the 1989 drama series, Baywatch, the show centred around a team of lifeguards known as the Shore Patrol Force 30. In the spoof, Dell’Abate played the character of a new lifeguard recruit in an episode during the show’s second season; other cast members in the series include Timothy Stack, Jaime Bergman, Leila Arcieri, Roland Kickinger and Kimberly Oja. The series ran for a three seasons for a total of 42 episodes; it later ended in October 2002.

His next acting role wouldn’t be for another 9 yearsーwhen he was cast in the sports comedy series, Cubed in 2010 playing the role of himself. Written by John Huss and Peter Rowley, the show first premiered on the Fox Sports Network in September 2009. Set at a office, Cubed followed the lives of three cubicle workers, Pizzi, Bernie and Michelle (played by Chris Pizzi, Bernie Kim and Michelle Nunes respectively) who often killed time by talking about various sports and pop culture videos. Dell’Abate had made a brief appearance during the 15th episode of the second season; the series eventually ended in May 2011 after a run of 84 episodes.

Dell’Abate married his wife, Mary Caracciolo in 1992; together the couple have two sons, Jackson and Lucas. A year prior to his marriage, his younger brother Steven had passed away from AIDs. He would later recall how difficult it was, hearing the news that his brother was HIV-positive for the first time during the late 80’s; over the next couple of years, he would witness his brother slowly wasting away until nothing was left. Ever since, he has been an advocate for AIDS awarenessーoften sharing his brother’s story to different audiences. Not only was he the president of LIFEbeat The Music Industry Fights AIDS, a nonprofit AIDS resource and awareness organization, but he has also gotten involved with the Red Ribbon Foundation and has traveled to numerous places across the country in order to provide people with the necessary education on AIDS. 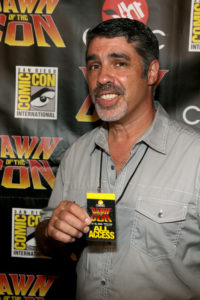 Recently, the producer was brought into the limelight when it was revealed that he was a big fan of his vintage home stereo and a collector of records. While his wife had supposedly tried to get him to get rid of it multiple times, Dell’Abates had never been able toーhe couldn’t, it simply meant too much for him, it had family history. Growing up living with his folks, the cabinet with the home stereo had always been the centre piece of the living room. He would later go on to recall how his father would often come home with boxes of records and how the home stereo would always be singing with music. Currently, Dell’Abate owns a collection of about 2000 records.

In terms of media projects this year, Dell’Abates has been busy working on a music documentary titled, Dare To Be Different. Directed by Ellen Goldfarb, the movie will give tribute to WLIR and their contributions to music during the 80’s era. Not only will Dell’Abates be producing the documentary, but he will also be making an appearance in the film himself as Baba Booey. Many music artists will also be appearing in Dare To Be Different, including Debbie Harry, Thomas Dolby, Fred Schneider, Jim Kerr, Paul McGuinness, Michael Score, amongst many other talents. The movie documentary is currently scheduled for an upcoming 2017 release, although the exact date has yet to be announced.

If you’d like to stay connected to Baba Booey, then you can do so by following him on social mediaー you can find him over on Twitter under the handle @robertabooey!