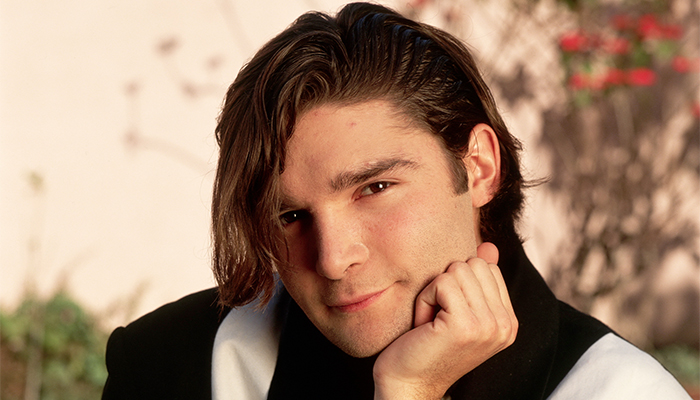 Corey Feldman is best known for having starred in the movies, Lost Boys, Stand By Me and The Goonies during the 80’s as a young actor. Having broke out into the acting scene at the age of three in a commercial for McDonald’s, he later went on to make over 100 appearances on national television during his youth.  He made his debut on the small screen at the age of seven when he appeared as a minor character in the American sitcom, Mork & Mindy. Feldman would then go on to star on the big screen the following year in the 1979 science-fiction film, Time After Time. Some of his other early works include The Fox and the Hound (1981), How to Eat Like a Child (1981), The Kid with the Broken Halo (1982), The Love Boat (1982) and Friday the 13th: The Final Chapter (1984).

Throughout the 1980’s, Feldman would continue to appear in a number of films, including Gremlins (1984), The Goonies (1985) and Stand By Me (1986)ーwhich were all fairly successfully in the box office at the time.  At the age of 16, the young actor landed a role in the horror comedy, The Lost Boy alongside Corey Haimーwhom he would eventually share a reality series with down the road. First released on July 31, 1987, the film centred around two brothers, Sam and Michael who find themselves having to fight against blood sucking vampires after their city is infiltrated by the monsters. In the movie, Feldman plays the role of Edgar Frog, a self-proclaimed vampire hunter; it would eventually be one of his most well-known portrayals during his time as a teen actor.

Over the next few decades, Feldman would go on to star in a large number of films and television series, including a reality show titled, The Two Coreys in 2007ーwhom he’d shared with former The Lost Boys co-star, Corey Haim. Having achieved mainstream attention during the 80’s, the pair had been considered to be one of the most popular teen idols at the time. The series premiered on the A&E Network that July and began with Haim moving in with Feldman and his wife, in attempts of getting his life back on track. Although it had continued for two seasons, it was later cancelled due to Haim’s persistent addiction with drugs. Since the reality show, Feldman has made numerous appearances on television including Splatter (2009), Easy to Assemble (2011), and Psych (2011); he has also lent his voice to the character of Slash in the cartoon, Teenage Mutant Ninja Turtles (2013).

But what has he been up to lately? What happened to Corey Feldman? Where is he now in 2018? 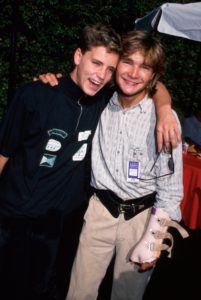 Born on July 16, 1971, in Los Angeles, California Corey Scott Feldman is the son of Bob Feldman, a musician and Sheila Feldman, a former Playboy bunny; his father would eventually open up his own child talent agency following Feldman’s success in the industry. He is the second oldest out of five children; he has an older sister named Mindy, two younger brothers named Devin and Eden, and a younger sister named Britney. When he was three years old, he landed his first professional acting gig in a television commercial for McDonald’sーlittle did he know it at the time, but it would eventually be the start of his long, fruitful acting career.

At the age of seven, Feldmand landed his very first acting gig in a television series when he was cast to appear in the American sitcom, Mork & Mindy. The following year, he would star as a minor character in the 1979 feature film, Time After Time, alongside actors Malcolm McDowell, David Warner, Mary Steenburgen, amongst others. Shortly afterwards, he also lent his voice to the Disney classic, The Fox and the Hound as young Copper. A rising child actor at the time, Feldman would eventually appear in over 150 television projects during his youth. 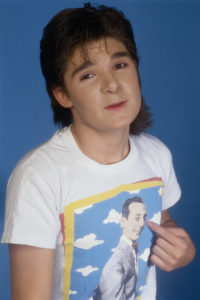 During the mid 80’s, the young actor, who was now in his teens, appeared in a number of box office hits, including Gremlins (1984), Friday the 13th: The Final Chapter (1984), Stand By Me (1986) and The Goonies (1985)ーhe would also star as a major leading character for the first time in the latter, alongside actors Sean Astin, Josh Brolin, Jeff Cohen, Kerri Green, amongst others. Set in the city of Astoria, Oregon, the movie centred around a group of pre-teens who accidentally uncover a treasure map to the fortune left by a 17th century pirate; while trying to locate it, they eventually find themselves being chased by a family of criminals who are behind their trails. The adventure comedy film gained critical acclaim upon its release in June 1985 and had later developed a cult following. Feldman played the role of Clark Devereaux, one of the main male protagonists in the movie; he would also receive a nomination for a Young Artist Award for “Best Starring Performance By a Young Actor in a Motion Picture” for his portrayal of Clark.

A couple years later, Feldman would star in the horror comedy film, The Lost Boys in 1987. Starring Corey Haim, Jason Patric, Kiefer Sutherland, Jami Gertz, amongst many others, the movie told the story of two brothers, who moved to a city in California only to discover that it is a vampire rampant area. In it, the young actor portrayed the role of Edgar Frog, a self-acclaimed vampire hunter who “hunted” alongside his brother, Alan. Released in July 31, 1987, The Lost Boys was a commercial success, having grossed over $32 million from a $8.5 million budget; it would also spawn a number of spin-offs in the later years.

Over the next few years, Feldman would appear in a handful of movies alongside The Lost Boys co-star, Corey Haim, including the adventure film, License to Drive (1988) and the teen comedy, Dream a Little Dream (1989). Due to the fact that they had the same name, and had co-starred together in a number of projects, the two friends were often called the “The Two Coreys”. The pair would eventually continue to work together throughout the 90’s.

However despite having achieved such success at a young age, his personal life had always been deeply troubling for Feldman. In a later interview, Feldman claimed that due to his parents violence and abuse, he had chosen to become legally emancipated from them when he was fifteen. Unsettled with all that was going on at the time, he soon began experimenting with marijuana and alcoholーit wasn’t long before he eventually spiralled into a full blown drug addiction. In 1990, Feldman would be arrested for the possession of narcotics; shortly afterwards, he would check in for a ten month long rehab stint. 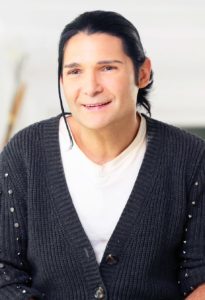 Wanting to make a comeback after having overcome his drug habits, Feldman soon began to rebuild his life by working with troubled youths and appearing in various B-grade movies; he would also pursue his love for music and release a solo album in the mid 90’s. After years of climbing back up the latter, he returned for a role on the big screen once again by voicing Donatello in the animated film, Teenage Mutant Ninja Turtles III. Throughout the next two decades, Feldman would work to restore his image by appearing in a multitude of television series and films.

In 2007, Feldman began working on his very first reality series alongside Cory Haim, appropriately titled, The Two Coreys. First premiered on July 29, 2007, the show revolved around the lives of Feldman and Haim after the latter moves in to live with the Feldman’s family after having gone through some difficult times following his drug addictions in the past years. The Two Coreys continued for two seasons but was abruptly cancelled after the tenth episode of the second season due to Haim’s resurfacing drug issues; the pair’s friendship would also tragically disintegrate with his relapse.

Continuing on with his acting career, Feldman would then land a lead role in the web series, Splatter in 2009. Created exclusively for Netflix, the show starred Feldman as Johnny Splatterーa rock star who commits suicide on camera; out of his group of family and friends, only five would then be allowed to attend the reading of his will. Filmed over eight days at a mansion in Hollywood, Splatter eventually ran for a total of ten episodesーit was also the actor’s first Netflix exclusive project.

After having worked as an actor for over thirty years, Feldman released his memoir titled Coreyography on October 28, 2013. In the book, he shares with readers his early life as a child actor, as well as his struggles with drug addiction and with the lost of his close friend, Corey Haim. 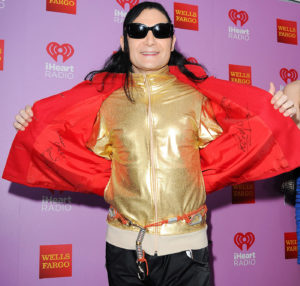 Not close to retirement any time soon, Feldman has been busy working on a number of movies this year including the horror film, Intrusion: Disconnected. As the sequel to the 2009 prequel, the thriller is set a year after the events of the first, and deals with the mysterious murders of the feared rose bud killer. Directed by Kyles Cates, the movie stars Katie Stewart, Lee Haycraft, Sebrina Scott, Tiffany Shepis and Amanda Dunn; with Feldman playing the lead male role of Nolan.

Besides the sequel of Intrusion, Feldman has also recently been filming another horror movie by the name of, Corbin Nash, in which he plays the main protagonist of Queeny. Directed by Ben Jagger, the action thriller revolves around a revenge filled New York police officer who finds himself turned into an ultimate killer, after being murdered in Los Angeles trying to find his parents killer. Other cast members in the film include Malcolm McDowell, Rutger Hauer, Bruce Davison, Dean Jagger and Richard Wagner. So far, an official release date has not yet been announced.

On television, Feldman was recently seen breaking down in tears after having a medium contact his late best friend, Corey Haim on the television series, Hollywood Medium; the episode aired earlier this July. Mourning the loss of his friend, the actor claimed that Haim had been suffering from sexual abuse ever since he was a child. However Feldman’s estranged mother didn’t seem too happy about his appearance on the psychic TV show, for she later claimed that his son had only been crying “bogus tears for a pay check.”

In terms of public appearances, the actor was seen just a few weeks back, participating in a charity event known as “Babes in Toyland”; an event is set to benefit the Douglas J. Green Memorial Foundationーa not-for-profit organization that helps to support deployed troops.

If you’d like to stay connected with the star, you can do so by following him on social media. You can find him on Twitter (@Corey_Feldman) or even follow his official fan page on Facebook!